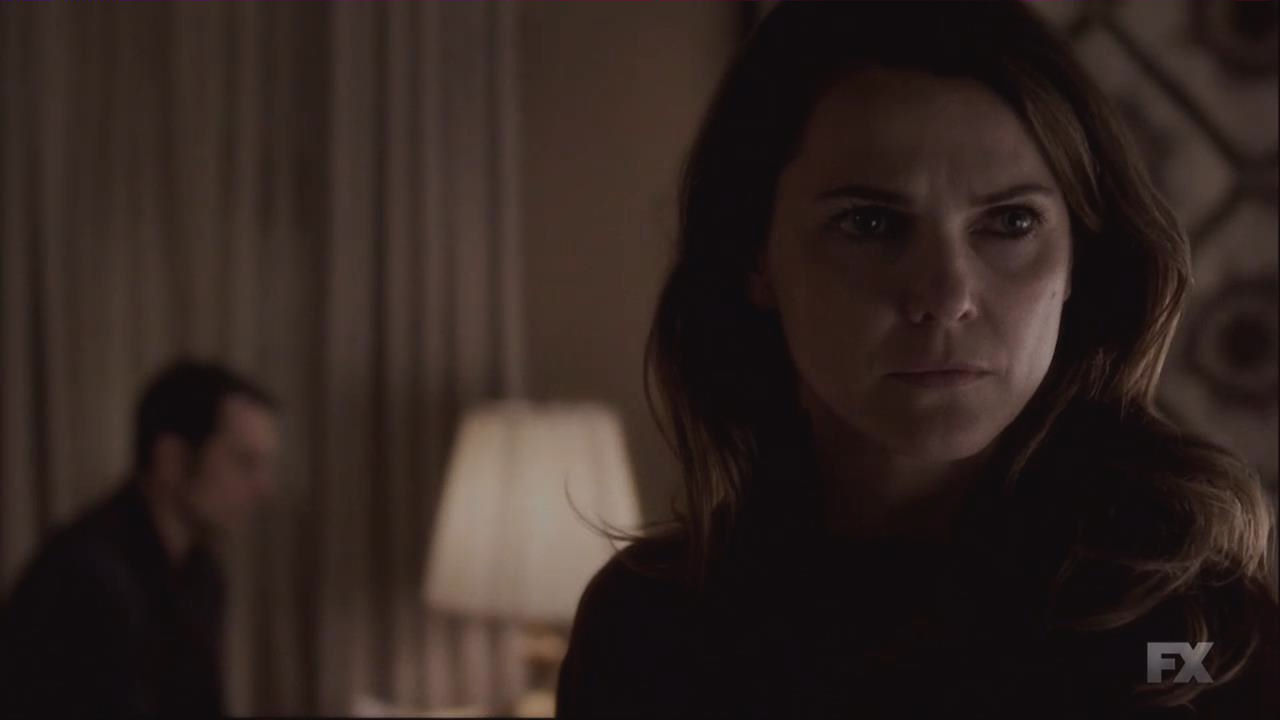 A great third season ending Wednesday night on FX’s The Americans, as the episode juxtaposed then-President Ronald Reagan’s “evil empire” speech with two undercover KGB agents in the U.S. distraught by the charge as their frantic teenage daughter, who just recently learned their true identity, gets on the phone to tell her pastor that her parents are Russians.

Plus, a cameo of the voice of Chris Wallace.

The drama is centered around a husband and wife KGB cell (Matthew Rhys and Keri Russell as “Philip and Elizabeth Jennings”) who live with their kids as ordinary Americans in suburban Washington, DC in the early 1980s.

The April 22 season-finale carried the title of “March 8, 1983,” a reference to Reagan’s speech that Tuesday before the National Association of Evangelicals in Orlando, the first time he used the “evil empire” phrase to describe the Soviet Union. (Text of the speech. Video of it, on YouTube, as posted by the Reagan Presidential Foundation)

In the scene, “Philip” is in his bedroom with his wife questioning himself and whether he’s a good man, after he’s murdered a FBI computer technician (which he made to appear a suicide), in order to deflect suspicion away from an FBI secretary (“Martha,” to whom he maintains a fake marriage) he had plant a since-discovered listening device.

His befuddled wife “Elizabeth,” who is more committed to the communist cause, interrupts him as she hears the NBC Nightly News story on the TV reported by Chris Wallace (now host of Fox News Sunday): “Hold on. We should listen to this.”

Then, interspersed with their teen daughter, Holly Taylor as “Paige Jennings,” talking on the phone, the two KGB operatives listen to clips of Reagan.

When Reagan says “to ignore the facts of history and the aggressive impulses of an evil empire,” “Elizabeth” turns in disbelief to look at her husband.

And as viewers hear Reagan charging “they are the focus of evil in the modern world,” the camera focuses on “Elizabeth’s” face as she glares toward the television.

(The other scenes within the video above, of a man and kid playing a game at a table, are of their son and the FBI counter-espionage agent who lives across the street and is clueless about his neighbors.)

The portions of Reagan’s speech heard in the final moments of the third season finale of The Americans: 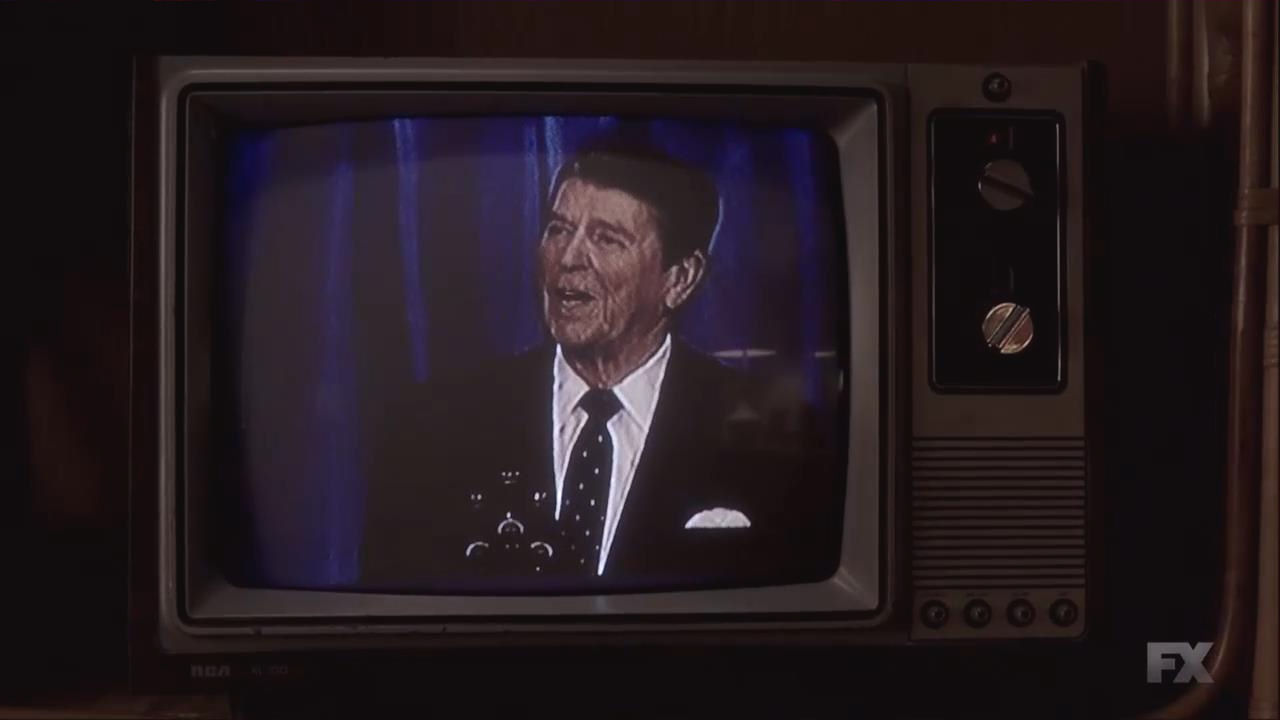 Simple-minded appeasement or wishful thinking about our adversaries is folly. It means the betrayal of our past, the squandering of our freedom....

In your discussions of the nuclear freeze proposals, I urge you to beware the temptation of pride, temptation of blithely declaring yourselves above it all and label both sides equally at fault...

To ignore the facts of history and the aggressive impulses of an evil empire, to simply call the arms race a giant misunderstanding and thereby remove yourself from the struggle between right and wrong and good and evil...

While they preach the supremacy of the state, declare its omnipotence over individual man, and predict its eventual domination of all peoples on the Earth, they are the focus of evil in the modern world.