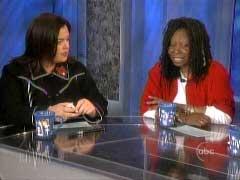 Rosie O’Donnell and Whoopi Goldberg seem to forget that the freedom of speech is a two way street. On Friday’s The View, guest co-host Whoopi Goldberg discussed her crude remarks at a 2004 Democratic National Committee fund raiser, which prompted a discussion on the fallout from the Dixie Chicks’ repeated criticisms of President Bush and his handling of the War on Terror. 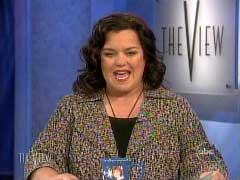 After avoiding politics the previous day, the ladies on Thursday's The View seemingly compensated for their lost time. Joy Behar led the way first calling for more political speeches at the Oscars, then cheered for Gore’s nomination, apologized for Joe Biden, Rosie said she’d never run for office, and took the solemnity of a political columnist’s death to attack President Bush.

Rosie and Joy Continue to Make Up Facts on "The View," This Time on Protests

The View co-hosts continue to spout off their opinions on the air without getting the facts straight. Joy Behar initiated the subject of Saturday’s anti-war rally in Washington, DC on this note:

Joy Behar: "There was a march in Washington against the war this weekend. And the New York Times, which is the paper of record, did not even cover it as far as I could see."

CNN’s Anderson Cooper reported Monday night from the Center for the Intrepid, the new rehabilitation facility for wounded soldiers in San Antonio, Texas. Cooper announced he had a problem that this facility was privately, not publicly funded, as if raising private funds for Iraq vets was outrageous and inappropriate. This prompted the CNN anchor to ask Hillary Clinton a softball question using a quote from partisan hack and unwavering Clinton supporter Paul Begala about how the government could fund Halliburton and tax cuts, but not its heroes.

"Today" Lines Up A Republican Story -- But Only Bush Surge Critics

The lead story on Friday’s Today, in a surprising and uncommon move, featured all Republicans. Of course, all of these Republicans are opposed to the president’s plan in Iraq. NBC’s Chip Reid profiled the sponsor of one of the resolutions opposing the surge, Republican Senator John Warner of Virginia. 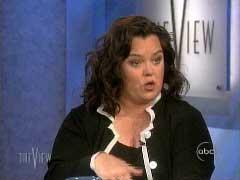 The View co-hosts are so anxious at an opportunity to blast the vice president, that the truth does not seem to matter. On Thursday’s View, co-hosts Rosie O’Donnell, Elisabeth Hasselbeck, Joy Behar, and guest co-host Tina Fey weighed in on the recent interview Vice President Cheney gave to CNN regarding Cheney’s lesbian daughter’s pregnancy.

CNN anchor Lou Dobbs appeared with the ladies on ABC's The View to deliver some rather liberal opinions. He stumped for a minimum wage increase, railed against the influence big corporations have on politics, and pushed for universal healthcare. Interestingly, Dobbs was not grilled the way Bill O’Reilly was on the same show several months ago. Also of note, the co-hosts did not even touch illegal immigration, the one issue where Lou Dobbs is famously conservative.

Rosie O’Donnell asked the question she has been obsessing on lately.

O’Donnell: "Mr Dobbs, do you think that some Senator for principle, if not for follow through, should call for the impeachment of George Bush?"

Dobbs did not answer the question, perhaps because he does not want to upset his CNN colleague Jack Cafferty. Instead, Dobbs sighed and exclaimed "boy" before listing his complaints about Bush administration failings. ABC went to a hard break before O'Donnell and Joy Behar could get a definitive yes or no out of him.

With the president mentioning "global climate change" in his State of the Union, CNN’s Miles O’Brien was happy he finally mentioned it. But, of course, he’s not doing enough and "more drastic action is needed.". Because his proposals are voluntary and not mandatory, it is "essentially toothless." O’Brien featured Gene Karpinski of the liberal League of Conservation Voters to call for "mandatory caps on global warming," but featured no contrary view.

The CNN anchor then predicted a very grim future.

With puff pieces on Hillary Clinton, Barack Obama, and Nancy Pelosi, the mainstream media just can’t stop fawning over leading Democrats. Their latest is newly elected Democratic Senator Jim Webb of Virginia, who is scheduled to deliver the Democratic response to the president’s State of the Union address.

After Sean Hannity’s trip, another commentator returned from a tour of Iraq and found that the mainstream media are not telling the entire story on the progress. Syndicated columnist and blogger Michelle Malkin appeared on the O’Reilly Factor along with Democratic strategist Kirsten Powers to discuss what she found on the ground.

Brian Williams on NBC Nightly News, probably seeking to recover from anger on the left, is again raising the global warming alarmism. Williams spoke of the Antarctic landscape "where a catastrophe is unfolding slowly but surely." Williams then punted the story to ITN reporter Lawrence McGinty reporting from the barren landscape of Antarctica.

Monday’s Fox and Friends First stated the obvious: NBC is a liberal network. Fox News elaborated on the recent controversy, most notably between FNC’s Bill O’Reilly and several MSNBC commentators.

As some major figures at NBC denied there is any bias, co-host Brian Kilmeade asked the question "why don’t they just say they’re a liberal network?" Good question. Even far left MSNBC commentator Keith Olbermann denies he has a political agenda. 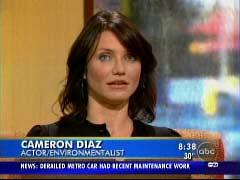 The day after his "America on fire" map, Good Morning America weather man Sam Champion continued his series "It’s Cool to be Green" with some of the most credible experts in the field of science, Hollywood celebrities. Metro Los Angeles’s second largest polluter is now among those that "acknowledge the very real issue of global warming." 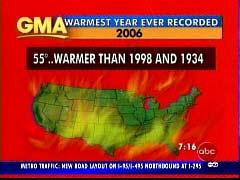 ABC continued its global warming hype with, quite appropriately, the weather man. Wednesday’s Good Morning America started its weather forecast with, as he put it, "big, big, big news" that 2006 was the warmest year in 112 years of recording weather. Weatherman Sam Champion asserted the politically correct belief of global warming and then sought to clarify the distinction between individual weather patterns and long term trends. 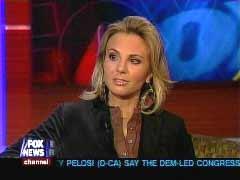 The Sunday debut of "Hannity’s America" on the Fox News Channel featured Elisabeth Hasselbeck, the only non-liberal co-host on ABC's "The View." During the interview, Hannity and Hasselbeck discussed some controversies involving her colleague Rosie O’Donnell.

ABC, once again, tries to have it both ways on global climate change. As Noel Sheppard blogged back in November, Good Morning America hyped heat waves last summer as symptomatic of global warming. When reports came out that October was unusually cool, and the hurricane season was unusually quiet, the same reporter blogged on the ABC News website that "weather is not climate." Are you following this? Weather is climate, then it’s not.

On Thursday’s Good Morning America, correspondent Claire Shipman offered a very positive, Obama-like portrayal of newly elected Congressman and Muslim Keith Ellison. Because Ellison’s use of the Koran in his swearing in was once owned by Thomas Jefferson, it has "impeccable American credentials" and it is "a politically savvy move" by Congressman Ellison. Shipman continued her glowing report calling him "affable" and states that he "charms almost every crowd."

On Tuesday’s O’Reilly Factor, guests Michelle Malkin and Kirsten Powers offered what they thought were the top stories of 2006. The number one story on Michelle Malkin’s list was "mainstream media war coverage." Malkin spoke of the "eroding credibility" of the mainstream media from leaking classified information to doctoring photos and airing terrorist propaganda. This prompted her to conclude that there are "a lot of people questioning which side of the war these mainstream media outlets have been on." The entire transcript is below.

Your Tax Money at Work: PBS Pushes for Iraq Withdrawal 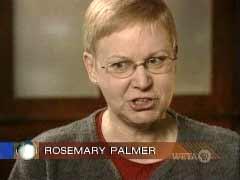 Monday’s NewsHour on PBS continued to drive home the grim reality that 3,000 American troops are now dead in the Iraq war. They featured two family members of fallen soldiers who are grieving through non-political means and one that's political. Of course, the politically activist family on this partially taxpayer funded show is anti-war and favors a swift withdrawal.