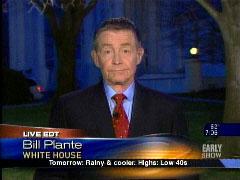 CBS finally picked up the Clinton administration’s record of firing 93 federal prosecutors, but they still rushed to Clinton’s defense with false assertions. On the March 15 edition of "The Early Show," reporter Bill Plante sought to make this distinction between the Bush and Clinton firings. 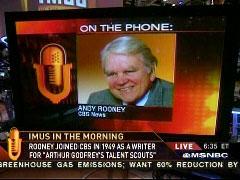 On the March 14 edition of "Imus in the Morning" guest and "60 Minutes" commentator Andy Rooney discussed the possibility of a draft with Don Imus. In that exchange Rooney, like Senator Kerry and Congressman Rangel, implied that those who volunteer to serve do so out of desperation rather than patriotism. 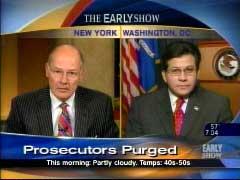 Newsbusters reported several times that the mainstream media is pounding the Bush administration for firing eight US attorneys, but ignored the Clinton administration firing 93 US attorneys early in its term. CBS’s Harry Smith was no exception, but also of note was his interview style of partisan Democrat Joe Wilson versus Republican Attorney General Alberto Gonzales.

Roseanne on 'The View': Limousine Class Warfare and Conspiracy Theories

Another left winger appeared on "The View." This time it was Roseanne Barr who felt she knew everything because she’s "old," claimed to stump for the middle and working class while admitting she’s rich, bashed the late Ronald Reagan, praised Rosie O’Donnell, and hinted at the left wing election "fixing" conspiracy theory.

Senator Schumer on 'The View' with Same Old Rosie 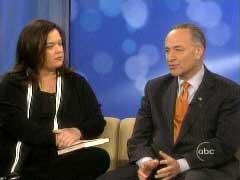 Liberal Senator Chuck Schumer (D-NY) entered friendly territory as he appeared on the March 12th edition of The View to promote his new book Positively American. Rosie once again called for impeaching the president and pressed Senator Schumer to agree. Rosie’s nutty charge of "treason" was too much even for fringe liberal Joy Behar. 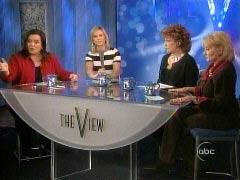 The very first topic on the March 7 edition of The View, was about the conviction of ‘Scooter’ Libby on perjury and obstruction of justice. So what do Rosie O’Donnell and Joy Behar have to say? They convict the vice president of "treason." Behar exclaimed that it is a "delight" for her that Dick Cheney is "in trouble"and Rosie O’Donnell agreed.

As previously reported by Newsbusters here and here, the mainstream media highlighted Ann Coulter’s "faggot" remark, yet ignored Bill Maher’s implication that the vice president’s assassination would be a good thing. On the March 5 edition of CNN Newsroom, Rick Sanchez, in reporting on Ann Coulter and spiking the Maher story, unintentionally inserted some irony into the story.

When playing many of Ann Coulter’s controversial statements, CNN ran a sound bite of Bill Maher grilling Ann Coulter on the Harriet Miers Supreme Court nomination. CNN not only displayed its bias, but its lack of a sense of irony. The transcript, with Coulter/Maher exchange in bold, is below. 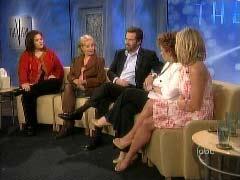 After some very controversial remarks on Wednesday’s edition of The View comedian and neoconservative Dennis Miller appeared on Thursday.

Left wing inflammatory comments continue on The View. On the February 28th edition, co-host Joy Behar lashed out calling the American people "to really wake up and understand that they [the Bush administration] are liars and they are murderers."

Token non-liberal Elisabeth Hasselbeck tried to insert some common sense and stated that "some fringe liberals are taking this to a place to where we’re losing sight on the issue here." Behar, who just called the Bush administration, "liars" and "murderers" adamantly denied she’s a "fringe liberal" and said it’s "name calling."

The ladies discussed the Bob Woodruff special, To Iraq and Back, and shifted to the policy of not filming the arrival of coffins at Dover Air Force Base. The transcript is below. 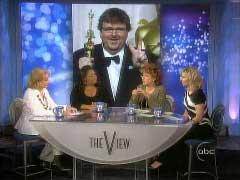 On the February 23rd edition of The View, co-host Joy Behar continued to call for more politics in the Oscars. This time, Behar cited Michael Moore’s Oscar winning speech in 2003 when he shouted out "shame on you" to President Bush. Behar then implied Moore was vindicated for his speech and the hostile response. "He was right and they booed him," Behar exclaimed. 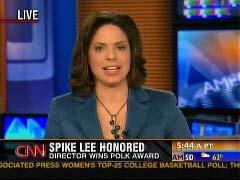 Far left conspiracy theory rants are not enough to lose the praise of a CNN anchor. On the February 20th addition of American Morning, anchor Soledad O’Brien announced that Spike Lee won a Polk award for his film When the Levees Broke. 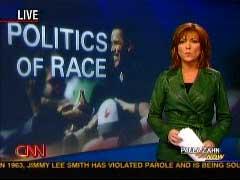 CNN's Soledad O'Brien Sticks up for Jackson and Sharpton, Implies Critics are Hypocrites 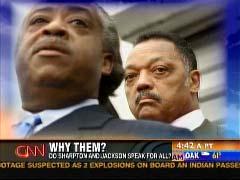 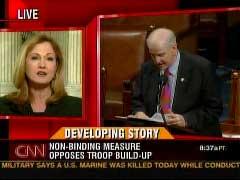 The mainstream media loves war veteran members of Congress -- when they’re opposed to the Iraq War. As reported by Newsbusters, in November 2005, when Congressman and Vietnam War veteran John Murtha came out against the Iraq War, the network news broadcasts touted his opposition as well as his service.

The co-hosts of Thursday’s The View discussed the controversy surrounding Speaker Nancy Pelosi and her air travel preferences. Joy Behar downplayed it by shifting the blame to the vice president stating sarcastically, “the fact that Halliburton and Dick Cheney were in bed together for many years making money in Iraq, that’s too complicated. This is easy.” Rosie O’Donnell agreed asserting that “this is the art of distraction.”

Rosie then brought up how Anna Nicole Smith is distracting from the real news (note that this show first aired before news of Anna Nicole’s untimely death). Token non-liberal Elisabeth Hasselbeck asked Rosie and conspiracy theorist Joy Behar if Republicans are behind the Anna Nicole “distraction.”

Rosie and Joy both said no with Joy conceding “you can’t blame the Republicans for everything.” A man in the audience shouted out “why not?” Rosie loved that comment so much she exclaimed “I don’t know you, but I want to have lunch.” The entire transcript is below. 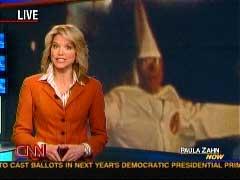 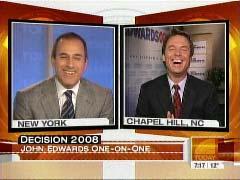 On Monday’s Today co-host Matt Lauer interviewed 2008 Democratic presidential candidate John Edwards about the Iraq War and his healthcare plan. Lauer did asks some tough questions such as challenging Edwards’s call for a complete withdrawal of U.S. troops in Iraq within the next 18 months.

Ego Unchecked: Does Rosie Think The Show's All About Her?

On Monday’s The View, co-host Rosie O’Donnell made light of a near-verbal mistake which may clue in to what she is thinking. In a nutshell: this is really MY show, with three sidekicks who chime in occasionally.

When opening a segment on fashion on a budget, O’Donnell stated "it is budget week here on The View. I almost said the Rosie O’Donnell Show [laughing]. That would have been a mistake!"