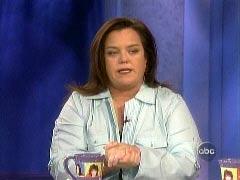 The April 11 edition of "The View" again discussed Don Imus’s recent racist and sexist remarks about the Rutgers women’s basketball team. Rosie O’Donnell likewise continued her tirade about Imus’ alleged "free speech." In a statement too bizarre even for Joy Behar, Rosie said the next step is the "thought police" locking everyone up in Guantanamo Bay without a lawyer.

Is Rosie Concerned About Her Job? 'View' Co-Host Concerned about Imus' 'Free Speech' 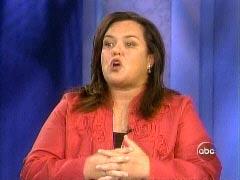 Rosie O’Donnell may be worried about her job after her recent extreme remarks. After a week long vacation, "The View" co-hosts returned to discuss radio talk show host Don Imus’s recent inflammatory remarks. Elisabeth Hasselbeck came out strong against Imus and stated his punishment was not harsh enough. 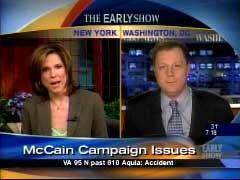 One week apart, "The Early Show" provided very different segments about 2008 presidential contenders. The April 2 edition provided a very glowing, positive review of the candidates. The April 9 edition was far more critical of the contenders. Why the difference? The former reviewed the Democrats. The latter reviewed the Republicans.

CBS’s website’s feature "The Public Eye Chat" interviewed correspondent Allen Pizzey, who completely ignored some positive signs in Iraq in his grim report last month. Interviewer Brian Montopoli asked if John McCain’s optimistic statements on Iraqi progress "really sort of bothered reporters." Pizzey scuffed: "It’s disgraceful for a man seeking highest office, I think to talk utter rubbish." Pizzey claimed, that "no one in his right mind who has been to Baghdad believes that story," but he must not have checked the recent ABC story citing some improvement.

Montopoli followed up with a question of liberal bias, and quickly added that, that charge "has died down a little bit of late." Pizzey, of course denied that charge and accused the Bush administration of thinking "that anything that doesn’t wholly support everything they say is against them." The transcript of the relevant portion is below. 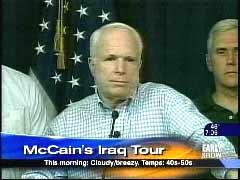 The April 4 edition of CBS’s "The Early Show" covered Republican Senator and presidential candidate John McCain’s visit to Iraq implying he has a skewed sense of reality. Anchor Russ Mitchell introduced the segment that the Arizona Senator "seems to be stumbling a bit of late" because he "went to Iraq" and "said he saw some progress." 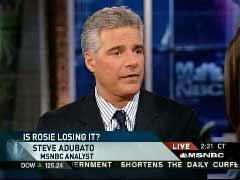 The April 3 edition of "The Early Show" reported on the fallout from the Supreme Court decision regarding EPA regulatory policies. Business correspondent Anthony Mason featured auto industry analyst John Casesa who claimed it "will force Detroit auto companies to radically change their business model," but there was no mention of the potential cost to the consumer. 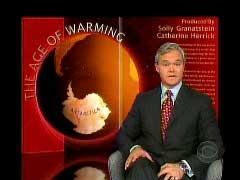 "60 Minutes" resident global warming alarmist Scott Pelley, who compared global warming skeptics to Holocaust deniers, reported on another piece on the April 1 edition. Pelley featured a scientist and self proclaimed former skeptic, and a University of Maine scientist without telling his full story.

The co-hosts of "The View" again discussed the Iranian British hostage situation on the March 29 edition. Rosie O’Donnell trusted the Iranians more than the British and Americans, and the discussion evolved into more Rosie rants against alleged Bush administration tyranny and for the first time on "The View," Rosie ranted on her September 11 conspiracy theories. Rosie’s rants were too much even for fringe liberal Joy Behar. Token non-liberal Elisabeth Hasselbeck was far more assertive than the previous day. In the teaser at the end of the first segment, Rosie and Joy made light of the upcoming discussion.

ROSIE O’DONNELL: Alright we’re going to take a break and come back and talk about the situation in Iran with the soldiers, the British soldiers who were in international waters. The British say they were in the right waters and the Iranians say no they were in our waters, and so it begins.

JOY BEHAR: Do you think people are now clicking us off because you promoed that?

O’DONNELL: Well, I don’t know, but we're going to talk about it and I'm sure it will make the news. 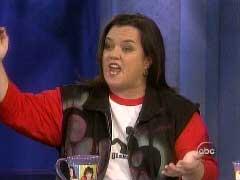 The ladies of "The View" tackled the U.S. attorney firing controversy with more false information, comparisons to the mob, and once again Rosie O’Donnell called for impeachment. Rosie reported her take of how the attorney firings went down. 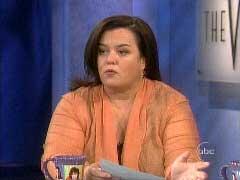 On the March 26 edition of "The View," co-host Rosie O’Donnell discussed the Iranian seizure of British sailors. Rosie again gave out false information on national television and implied that this may be a hoax so to provide the president with an excuse to go to war. 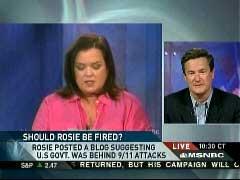 MSNBC is picking up on the many inflammatory Rosie O’Donnell comments documented by Newsbusters. Upon informing the viewer that Rosie believes the September 11 attacks was perpetrated by the U.S. government, host Chris Jansing asked: "Has Rosie gone too far?" 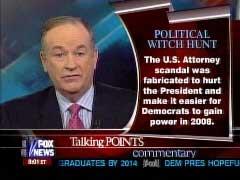 Fox News anchor Bill O’Reilly finally provided some perspective on the U.S. attorney firing story with some information the mainstream media will not report. On the March 22 edition of "The O’Reilly Factor," O’Reilly exposed much of the media spin on the situation from members of the White House press corps to several print media outlets. He then explained plausible reasons why three of the eight U.S. attorneys were fired. 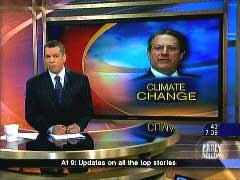 After grilling White House spokesman Tony Snow, the March 22 edition of CBS’s "The Early Show," followed with a fawning story on former Vice President Al Gore and his testimony on Capitol Hill. Anchor Russ Mitchell kicked it off calling Gore "a big celebrity with a message about global warming." 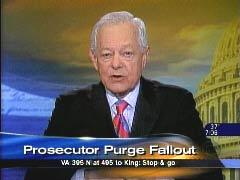 "The Early Show" continued its double standard treatment of Democrats and Republicans. "Capitol Bob" Schieffer added some analysis to the Alberto Gonzales situation.

"View" co-host Rosie O’Donnell displayed her disdain for opposing "views" when she shut off the show’s only non-liberal, Elisabeth Hasselbeck. Rory Kennedy appeared on the March 20 edition to promote her film for HBO, "Ghosts of Abu Ghraib."

Hasselbeck gently asked what our government should do to extract vital information from captured terrorists. Rosie jumped in and asserted "before you answer that" then proceeded to ask an unrelated question regarding a general’s transfer from Guantanamo Bay to Abu Ghraib. Elisabeth responded by noting that detainees at Guantanamo are allowed to pray five times a day, and are well fed.

At that point the "Queen of Nice" cut her off, stating that Elisabeth "can’t just blather on" her "opinion" and she needed to ask a question. Obviously offended, Elisabeth stated that she did ask a question when Rosie interrupted with her own question. Rosie said it was because Hasselbeck dared to imply that Abu Ghraib was a result of a few bad apples and not condoned by the government. Those beliefs are not allowed in Rosie’s world. The transcript of the exchange is below. 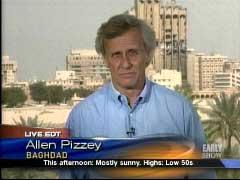 CBS took the occasion of the four year anniversary for Operation Iraqi Freedom to report on nearly everything negative related to the war's outcome and reconstruction.

Despite word from the troops that the media do not report the whole picture, reporter Allen Pizzey accentuated the negatives. 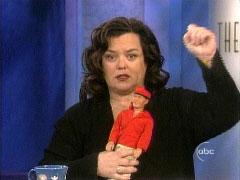 On the March 19 edition of "The View," Barbara Walters returned from Venezuela where she conducted a puffy interview with President Hugo Chavez.

CBS continues to pound away the US attorney firings story. On the March 16th edition of "The Early Show," reporter Bill Plante lead his story stating "the hole just keeps getting deeper." Plante then played a sound bite from Democratic hyper partisan Senators Chuck Schumer at Patrick Leahy. After playing a few clips of White House staffers Karl Rove and Tony Snow, they hyped Republicans calling for their resignation, touting Senator Gordon Smith and playing a sound bite of Representative Dana Rohrabacher implying Gonzales should go.

KSM Confesses to Murder, Rosie Worries He Was 'Tortured' 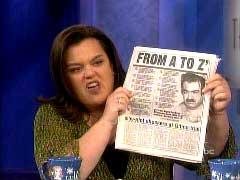 On the March 15 edition of "The View," Rosie O’Donnell brought up the news of Khalid Sheik Mohammed’s many confessions. Rosie, who believes radical Christianity is just as dangerous as radical Islam, was more outraged on unproven allegations of torture than the horrific atrocities Mohammed confessed to. On her latest rant she also demonstrated her lack of knowledge on the extensive al Qaeda network.