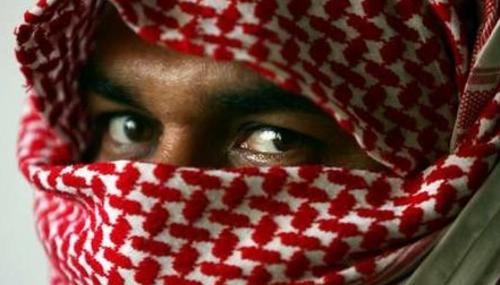 Matthews Was Against Calling Social Security a Ponzi Scheme Before He 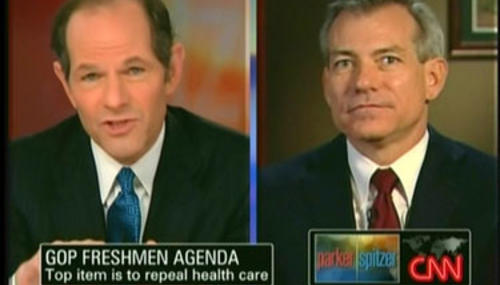 Geoffrey Dickens
January 4th, 2011 6:38 PM
Echoing his Election Night accusation that Michele Bachman was "hypnotized" Chris Matthews, on Tuesday's Hardball, called the Minnesota Republican congresswoman a "zombie" as he insultingly asked GOP strategist Todd Harris to identify who Bachmann is getting her "orders from?" Matthews made the comment during a discussion about raising the debt ceiling and the…

Noel Sheppard
November 3rd, 2010 11:15 PM
For the second time in three weeks, a Republican strategist has taught MSNBC's Chris Matthews a lesson about how former Alaska governor Sarah Palin's qualifications for president are just as strong as Barack Obama's when he ran back in 2008. This time the GOPer educating the "Hardball" host was Todd Harris (video follows with transcript and commentary):

Noel Sheppard
July 29th, 2010 12:31 AM
MSNBC's Chris Matthews on Wednesday demonstrated how the dissemination of Democrat talking points and marching orders via the JournoList can be far more effectively employed on television.In a "Hardball" segment about a new Democratic National Committee ad that looks to connect the GOP with the "more extreme elements" of the Tea Party, Matthews chatted with Republican…

Matthews to Republican: 'Why Do You Keep Bitching

Geoffrey Dickens
May 6th, 2010 6:22 PM
Chris Matthews got into such a tizzy about Republicans criticizing Barack Obama on his terror policy that he flew off the handle, on Thursday's Hardball, as he yelled at his GOP guest: "What's your problem with the guy? Why do you keep bitching?!" During a segment with regular panelists, Democratic strategist Steve McMahon and Republican strategist Todd Harris, the MSNBC host directed,…

Noel Sheppard
March 6th, 2010 2:35 PM
Chris Matthews on Friday referred to Liz Cheney as the Daughter of Dracula.As the "Hardball" discussion turned to the new television ad released by Cheney's Keep America Safe, the MSNBCer invited on a Republican and Democrat strategist to offer their views."The message of that ad is Dick Cheney`s still out there and he`s still angry about the way his war is being treated by history…

Noel Sheppard
January 7th, 2010 9:51 AM
A few weeks after admitting being a liberal, MSNBC's Chris Matthews is now claiming the Republican Party has done absolutely nothing for the American people the last ten to twenty years.On Wednesday's "Hardball," Matthews brought political strategists Todd Harris and Steve McMahon on to discuss what the imminent retirements of Sen Chris Dodd (D-Conn.) and Sen. Byron Dorgan (D-N.D.) mean…

Chris Matthews: Republicans Have Become Party of the Confederacy

Noel Sheppard
December 23rd, 2009 10:04 AM
Chris Matthews on Tuesday claimed the Republicans have gone from being the Party of Lincoln to the Party of the Confederacy.Amazing, isn't it?During a "Hardball" discussion about Tuesday's surprise defection of Rep. Parker Griffith (R-Ala.) to the GOP, Matthews asked Republican strategist Todd Harris: "[A]re you building the right kind of Republican Party, or are you building a…

Geoffrey Dickens
July 30th, 2008 6:34 PM
Mike Barnicle went into hyper-sensitive mode on Wednesday night's "Hardball," as the substitute host feared the McCain campaign was questioning Barack Obama's citizenship, simply because a McCain ad placed the words "foreign oil," right next to Obama's face.Barnicle did pull back a bit, as he asked if he was "overreacting," but his initial reaction to the ad was…

Mark Finkelstein
April 25th, 2008 6:55 PM
You're a member of the MSM and a Barack Obama backer. But I repeat myself. More specifically, you're Chris Matthews. What better way to promote your guy's candidacy than to claim that Republicans would really rather run against Hillary? That's just what the Hardball host did on this afternoon's show. Here's his exchange with the–in my opinion–very impressive Republican strategist Todd Harris,…