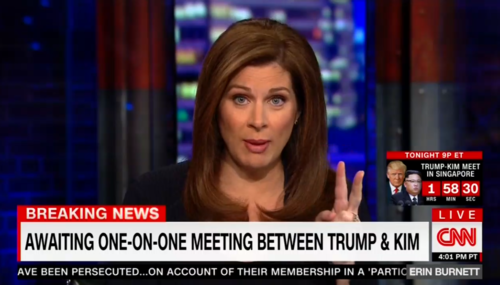 Nicholas Fondacaro
June 12th, 2018 12:23 AM
When the two leaders were just a couple of hours from meeting each other, the liberal media were grasping at straws to find some way to attack and discredit the summit. On Monday’s (U.S. time) edition of CNN’s OutFront, host Erin Burnett was so desperate to find something to complain and fear monger about she actually suggested Trump was too jetlagged to be effective. It was something… 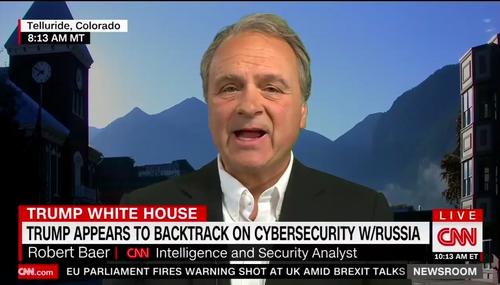 CNN Analyst: Trump Is ‘Working with the Japanese After Pearl Harbor'

Alex Xenos
July 11th, 2017 2:53 PM
On CNN’s Newsroom Monday, political analyst Robert Baer went on a hyperbolic rant about Trump, claiming the President’s behavior towards Russia is akin to “working with the Japanese after Pearl Harbor.” 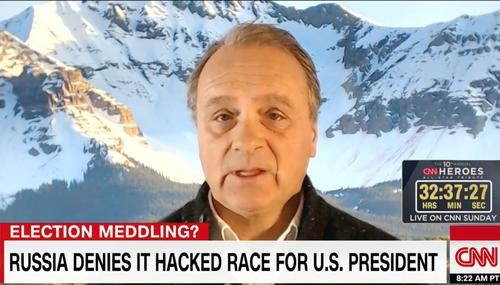 CNN's Robert Baer: We Should Have Another Election

Tom Blumer
December 11th, 2016 5:29 PM
Well, that didn't take long. The morning after the Washington Post's Friday evening story that a "Secret CIA assessment says Russia was trying to help Trump win White House," a "deeply disturbed" Bob Baer, appearing on CNN Newsroom, when questioned as to whether "we should have another election," said that if it's true, "I don’t see…

On Hardball: Worried Next Terror Attack Could Strengthen Tea Party

Geoffrey Dickens
May 4th, 2010 6:59 PM
Chris Matthews, on Tuesday's Hardball, brought on two former CIA officials to discuss the latest terror attack, and the MSNBC host agreed with Tyler Drumheller that the most recent attacker was motivated by his house being foreclosed on and also agreed with Robert Baer who feared another attack could lead to "The Tea Party being strengthened" which could lead to "people blaming the…

Brad Wilmouth
July 14th, 2009 2:19 AM
On the July 12 World News Sunday, ABC correspondent John Hendren filed a report relaying concerns by a former CIA agent that recent attacks on the CIA has hurt the agency’s morale and will weaken its ability to protect America. Hendren even ran clips of Democratic House Speaker Nancy Pelosi and Democratic Representative Jan Schakowsky accusing the CIA of lying as examples of "harsh…

Kyle Drennen
February 17th, 2009 4:22 PM
On CBS’s Sunday Morning, correspondent Kimberly Dozier interviewed former C.I.A. agent Robert Baer, who argued that Iran: "...is empire by proxy. You get people -- it's like Communism. You get people to go along with you and your vision of the world. And they're saying, you know, ‘we can finally drive the United States out of the Middle East.’" Dozier added: "Unless, Baer says, we…