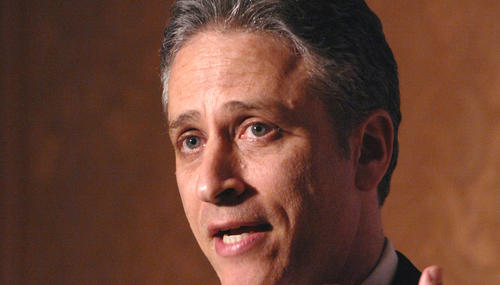 Rusty Weiss
June 28th, 2011 7:57 PM
Over the course of the last few months, Rep. Keith Ellison, one of two Muslim members of Congress, has been cherry-picking the Pledge of Allegiance in an attempt to portray prominent Republicans as bigoted islamophobes.  Earlier this year, Ellison responded to the Peter King hearings on the radicalization of American Muslims by saying that conservatives believe in liberty, but are… 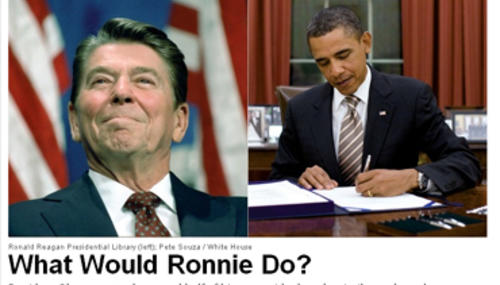 Lachlan Markay
January 25th, 2011 12:04 PM
One would expect an editor of Time Magazine to argue with more logical force than a college freshman. But alas, in his effort to dismiss a looming congressional investigation into homegrown Jihadist terrorism, Romesh Ratnesar, Time's contributing editor-at-large, demonstrated a profound inability to lay out a coherent argument. Among the article's highlights: the Fort Hood massacre…

Media Falsely Blame Palin for Giffords Shooting, But Refused to Talk I

Lachlan Markay
January 9th, 2011 2:26 PM
The colossal double standard revealed in the past 24 hours at CNN is a microcosm of the larger media reaction to the tragic shooting of Rep. Gabrielle Giffords yesterday. In short, the reporters jumping at the chance to use the shooting to score points against conservatives would in all likelihood be demanding patience and temperance if the potential for political cheap shots weren't…

Never Forget - But Have We

Rusty Weiss
September 11th, 2010 7:53 PM
Never forget. Those are the two most prevalent words uttered or typed on this tragically historic day.  Never.  Forget.For many, September 11, 2001, was a day that will forever be seared into the minds of those who were witness.  On that day, the nation was awoken by a harsh reality that some people want nothing more than to destroy our freedom, our way of life.  It was a day that 19 hijackers,…

Anthony Kang
February 24th, 2010 7:07 PM
Upon further research and examination into the Army's complete findings on the Fort Hood shootings, in a February 22 report, the Boston Globe's Bryan Bender conceded that politically-incorrect conservatives were right all along - just not in those words of course. Immediately after Major Nidal Malik Hasan murdered 13 U.S. soldiers November 5, major news networks and publication bent over…

Charlie Daniels
December 3rd, 2009 10:02 AM
Charlie Daniels, the legendary country and rock musician, is NB's newest blogger. Considering the condition of most of the media in this country, I can't say I'm surprised at their reaction to the murder of 13 and wounding of 30 soldiers at Fort Hood, Texas.They are trying to blame Maj. Nadal Malik Hasan's terrorist act on the stress of being in the Army and harassment by other soldiers because…

Seton Motley
November 24th, 2009 11:33 AM
Bill Cathcart, Clearing Away the PC Clutter Bill Cathcart, Vice President and General Manager for CBS affiliate WTOC in Savannah, Georgia, took to the airwaves on November 9th with a blistering video editorial excoriating the hold political correctness (PC) has on our society (video and transcript below the fold).It is certainly refreshing to hear…

Rusty Weiss
November 15th, 2009 12:01 AM
In case you missed the media coverage of the Fort Hood shooting for the last several days, let's sum up the main theme:  Nidal Malik Hasan is not a terrorist. CNN continued that theme early Thursday morning with an interview from a profiler who claims that Hasan is nothing more than a lonely, wifeless, psychopath in the midst of a midlife crisis.  Criminologist Pat Brown states that: "…

Noel Sheppard
November 13th, 2009 10:12 AM
Time magazine appears to be throwing caution to the political correctness wind by placing a picture on the cover of its soon to to be released November 23 issue with the word "Terrorist" written across the face of alleged Fort Hood shooter Nidal Malik Hasan.Straddling the fence slightly, the magazine chose to put a question mark after the word.Even so, given media's discomfort…

Jeff Poor
November 11th, 2009 1:34 AM
Some of the mainstream media intelligentsia following the Fort Hood, Texas massacre have cautioned people to reserve judgment about the suspect Major Nidal Malik Hasan and have bypassed many key details in order to live up to what could be construed as a politically correct standard. CNN's Lou Dobbs isn't one of them. Dobbs, on his Nov. 10 radio program, didn't reserve judgment and criticized…