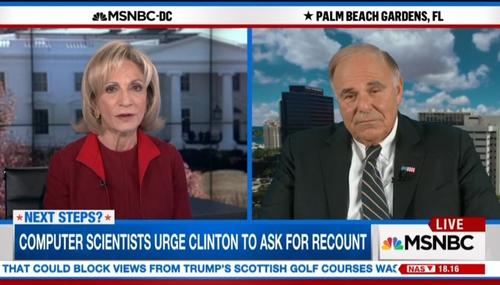 Nicholas Fondacaro
November 23rd, 2016 3:23 PM
MSNBC’s resident Hillary Clinton super-fan, Andrea Mitchell, came across as particularly desperate Wednesday as she dedicated a segment of Andrea Mitchell Reports to dreaming of a possible recount in three key swing states. “Some Clinton supporters are trying to mount a campaign to ask for an audit in key states to see if a recount should be ordered,” she reported, “… 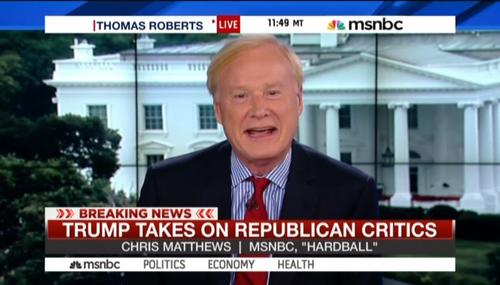 Chris Matthews: Donald Trump Can Be as Dangerous as Saddam Hussein

Randy Hall
July 8th, 2015 8:25 PM
During a panel discussion after NBC News reporter Katy Tur's contentious interview of 2016 GOP presidential contender Donald Trump, Chris Matthews -- the long-time host of MSNBC's Hardball weeknight program -- surprised his fellow commentators by asserting that the billionaire can be as deadly as a former dictator in the Middle East. “He has a lot of information on… 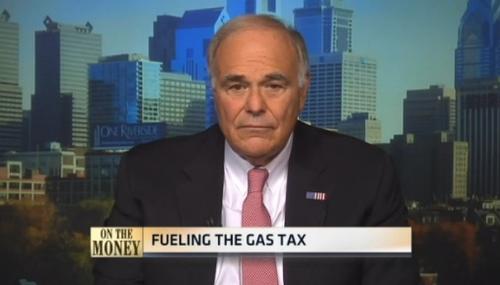 Julia A. Seymour
December 8th, 2014 5:16 PM
The dramatic fall of gas and oil prices meant relief for holiday travelers and more money in the pockets of shoppers. MarketWatch reported one estimate of the savings that equated it to a $75 billion tax cut for households. But rather than let drivers enjoy the much needed respite from years of gas prices above $3-a-gallon, former governor of Pennsylvania, Democrat Ed Rendell said it was the…

Kyle Drennen
August 16th, 2010 6:15 PM
In a discussion of the midterm elections on Sunday's Face the Nation, CBS host Bob Schieffer asked members of his political panel a total of seven questions, six of which highlighted Republican difficulties, only one of which actually raised the problems for the Democrats in November. Instead of acknowledging the greater political challenges facing Democrats, Schieffer began by acting as if both…

Paul Detrick
August 25th, 2008 6:47 PM
What are you if you don't support Sen. Barack Obama's health care plan? Well, a "bad person" according to Pennsylvania Gov. Ed Rendell. Sticks and stones may hurt your bones but words can always be blogged: "Hillary has fought for universal health-care for all her life. The McCain plan is respectfully a joke. Sen. Obama has a real good plan to bring health care to every American…