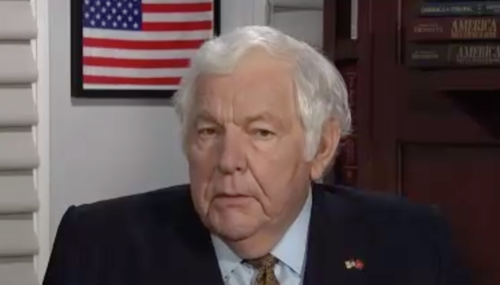 Business
Joseph Vazquez
April 13th, 2020 5:10 PM
The former Director of the Office of National Drug Control Policy (Drug Czar) under late President George H.W. Bush had some pretty explosive things to say about how data models and the reaction to COVID-19 have affected Americans and the economy. During a segment on Fox & Friends, William Bennett gave an explosive summary of the effects the “panic” reaction has had on the economy…

The Return of Virtue

Cal Thomas
December 1st, 2017 1:55 PM
Rarely has the idiom "virtue is its own reward" looked better than it does in light of the sex scandals sweeping the nation. The so-called "prudishness," of a previous generation and the respect most men were once taught to have for women -- and which Hugh Hefner and his disciples of "free love" mocked -- are looking better with each passing day. Conservatives have…

Jeff Poor
March 7th, 2008 11:45 AM
"NBC Nightly News" has found yet another hardship story caused by the credit crunch - prospective college students seeking student loans. The March 6 "Nightly News" aired a segment about how a lack of funding for student lenders will cause some students not to be able to attend their first choice of college. "More than a dozen lenders have pulled out of the federal…

Brent Baker
October 2nd, 2007 9:25 PM
Bill Bennett corrected CNN's Wolf Blitzer's presumption on Monday that Rush Limbaugh's “phony soldiers” comment was directed at soldiers who served in Iraq and now oppose the war, but in setting up the “Strategy Session” segment on Tuesday's The Situation Room, Blitzer again adopted as fact the spin of the far-left group pushing the attack on Limbaugh. With the text on screen, Blitzer highlighted…