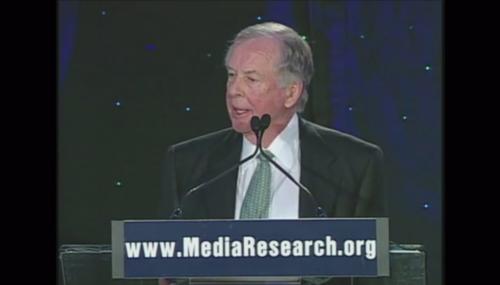 Brent Baker
September 15th, 2019 1:03 AM
Business tycoon T. Boone Pickens passed away this past week at age 91. In 2005, he took part in the Media Research Center’s “DisHonors Awards: Roasting the Most Outrageously Biased Liberal Reporters of 2004,” where he accepted, in jest on behalf of PBS’s Bill Moyers, the “Send Bush to Abu Ghraib Award.” 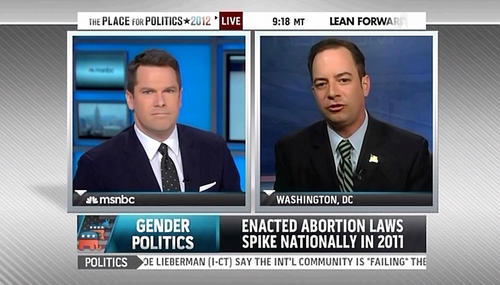 Noel Sheppard
April 11th, 2012 9:07 AM
Oilman T. Boone Pickens made a statement on MSNBC's Morning Joe Wednesday that should make every green jobs advocate including Barack Obama, Al Gore, and Van Jones sit up and take notice. "I've lost my a--" in wind power. This came moments after he said, "The jobs are in the oil and gas industry in the United States" (video follows with transcribed highlights and… 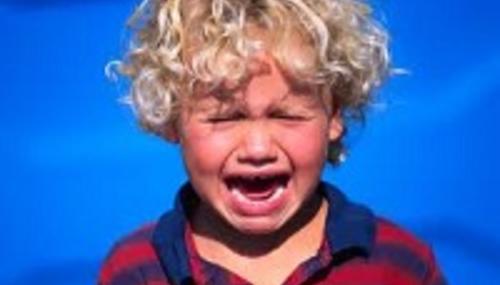 T. Boone Pickens Wants Obama To Tell Him What His 'Fair Share' of Taxe

Noel Sheppard
December 7th, 2011 10:25 AM
Oil tycoon T. Boone Pickens wants President Obama to explain to him what his "fair share" of taxes is. Such was discussed on MSNBC's Morning Joe Wednesday (video follows with transcribed highlights):

Clay Waters
December 18th, 2008 11:36 AM
The New York Times's embrace of Barack Obama's candidacy, and its fervent defense of him against John McCain's "racist" and unfair attacks, made 2008 a particularly bias-packed year for the paper. During the 2008 campaign Times bias often came with a smile, instead of a snarl, with the Times and the rest of the mainstream media having fallen hard for Obama's "historic"…

It's OK to Discuss Pickens' Windmill Investments but Not Gore's

Noel Sheppard
July 20th, 2008 3:45 PM
For many months, NewsBusters has been reporting the financial interest Nobel Laureate Al Gore has in advancing global warming hysteria, and has continually wondered when media will raise this issue to the American people.On Sunday's "Meet the Press," Gore gave host Tom Brokaw the perfect setup to ask him about his investments in renewable fuel technology when the former Vice President…

Noel Sheppard
November 17th, 2007 11:13 AM
Did you hear about that challenge famed oilman T. Boone Pickens made on November 6 when he offered $1 million to anyone that could disprove even one charge made against Sen. John Kerry (D-Mass.) by the Swift Boat Veterans for Truth? Like most people that weren't at the American Spectator dinner the evening Pickens made the offer, you probably didn't learn about this until Kerry accepted the…