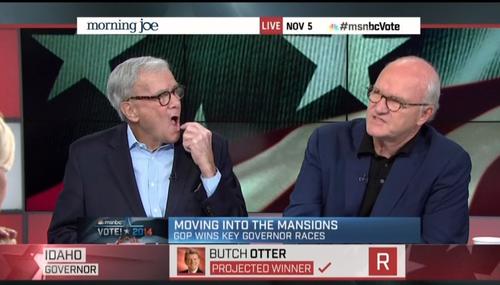 Barnicle Says Menino's Passing Could Be to Blame for Coakley Loss

Mark Finkelstein
November 5th, 2014 9:39 AM
Mike Barnicle could be the early leader in the race for the lamest excuse for a Dem loss.  On today's Morning Joe, Barnicle claimed that the death of Boston Mayor Thomas Menino "disrupted" the Massachusetts gubernatorial campaign, and that but for it, Martha Coakley might have "pulled it out." Really?  Menino might not have been the most silver-tongued speaker, but the five-time Beantown mayor… 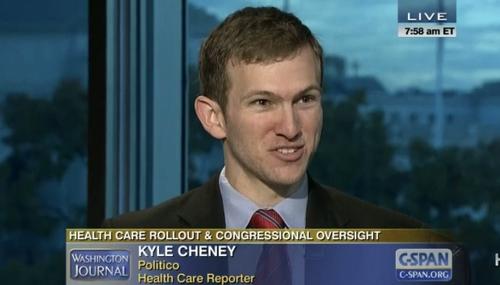 Ken Shepherd
January 16th, 2014 5:46 PM
Yesterday the Supreme Court heard a case, McCullen v. Coakley, which calls into question a Massachusetts law which establishes a speech-free-zone extending 35 feet from the entrance to an abortion clinic. That law provides, however, an exemption for the speech of employees or agents of said abortion clinics, effectively serving as restriction on speech which is NOT content-neutral. To the…

New Englanders: Not Nearly as Smart as They Were Eight Months Ago, Acc

Tom Blumer
January 25th, 2010 2:37 PM
Building on Brad Wilmouth's critique at NewsBusters of Keith Olbermann's disgraceful treatment of Scott Brown's U.S. Senate victory in Massachusetts, Johnny Dollar (HT Taxman Blog) measured the coverage of the victory/concession speeches of Brown and his opponent Martha (or is it Marcia?) Coakley. Imagine my non-surprise when I saw the results (graph follows the jump): During Tuesday night's…

Opinion: On Tuesday 'Yes We Can' Became 'No You Don't

Noel Sheppard
January 23rd, 2010 10:57 AM
Barack Obama certainly didn't expect to receive as an anniversary gift a previously little-known Republican stealing Ted Kennedy's vacated Senate seat along with the President's precious filibuster-proof majority. But with Scott Brown's surprising victory in Massachusetts Tuesday night, that's exactly what the chief executive got 364 days after putting his hand on the Bible swearing to protect…

Norah O'Donnell Bemoans Lack of Attention to Waterboarding During Brow

Jack Coleman
January 22nd, 2010 9:24 AM
Watching a dour Norah O'Donnell reporting from Senator-elect Scott Brown's exuberant victory bash in Boston, I half-expected O'Donnell to tell MSNBC's Rachel Maddow ... the mood here tonight is grim ...O'Donnell didn't quite say that, at least not publicly, though she did cough up this gem --O'DONNELL: Another interesting thing. You pointed out some of the odd things, talking about the…

Ken Shepherd
January 21st, 2010 8:23 AM
Newsweek's Jerry Adler often waxes poetic on the magazine's The Gaggle blog in a feature called "newsverse." His most recent entry published yesterday evening deals with Tuesday's historic special election in Massachusetts, where Ted Kennedy's old seat went Republican for the first time in 58 years.But in the midst of his poorly-metered albeit rhymed verse, Adler set about labeling Scott Brown…

Brad Wilmouth
January 21st, 2010 1:33 AM
On Wednesday’s Countdown show, MSNBC host Keith Olbermann defended his recent attacks on Massachusetts Republican Senator-elect Scott Brown by insisting that some of the incorrect claims he made are true when, in fact, two are factually without merit while the third represents one of Olbermann’s typical episodes of distorting the words of a target. Among other complaints, Olbermann on Wednesday…

Mark Finkelstein
January 20th, 2010 8:28 PM
The super-sized, take-out-a-second-mortgage-to-pay-for-it bushel basket of movie popcorn just might not be big enough.  War is breaking out among liberals, and the entertainment value might make Avatar look like a test signal. Just make yourself comfortable, sit back, and watch Chris Matthews and Howard Dean go after each other on this evening's Hardball.  Dean was floating the absurd argument…

Ken Shepherd
January 20th, 2010 6:28 PM
Move along folks, nothing to see here.Is that the impression you're getting from some in the media regarding the results of yesterday's special election in Massachusetts? That's definitely the one Newsweek's Daniel Stone wants to leave his readers.From his The Gaggle blog post "Does Most of America Even Care About the Mass. Election?":

Mike Sargent
January 20th, 2010 2:40 PM
There are times when speaking in a stream of consciousness is a good and wholesome thing.  None occur in front of a camera, as evidenced by the public escapades of MSNBC’s Donny Deutsch.The former ad-man took to today’s “Morning Joe” set yesterday morning to offer the following wisdom in reference to the impending Massachusetts electorate:He is a traditional-looking middle-aged white male.  We’re…

Who's That in Kennedy's Seat

Noel Sheppard
January 20th, 2010 11:33 AM
"I look at the numbers and I`m worried. I`m worried about this government committing itself to so many entitlement programs and committing itself to such a level of taxation that support those entitlement programs."So surprising said MSNBC's Chris Matthews to colleague Rachel Maddow on Tuesday night just moments after Martha Coakley's concession speech to newly-elected Sen. Scott Brown (R-Mass.).…