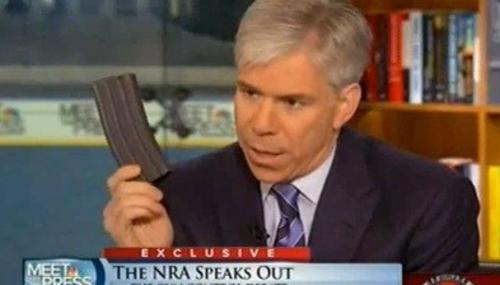 Noel Sheppard
March 25th, 2013 11:12 AM
NewsBusters reported Sunday that actor Jim Carrey had previewed a new video he was releasing on the comedy website Funny or Die by attacking gun rights advocates on Twitter as "heartless motherf**kers." Turns out after all the fuss, Carrey's juvenile song in the video was something you'd expect from a kindergartner. 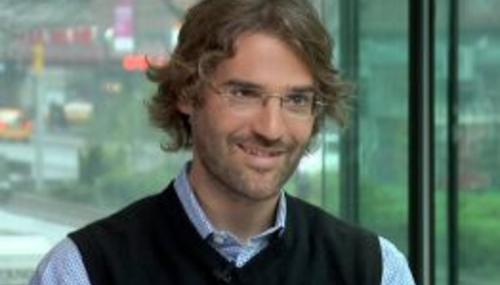 Randy Hall
December 20th, 2012 12:36 AM
It's often said that “a picture is worth a thousand words.” Apparently, that wasn't enough for Jeff Ross, host of “The Burn,” a 30-minute show that airs on the Comedy Central cable TV channel.

Bill McCuddy of Fox News: Heston 'Infamous for His Politics

Brent Baker
April 8th, 2008 2:08 AM
Before ABC News on Sunday night described Charlton Heston as “polarizing” for his conservative views and CBS News dubbed him “controversial,” the Fox News Channel aired a obituary piece which impugned Heston as “infamous for his politics, including his belief that the Bill of Rights is built upon the bedrock of the Second Amendment.”The MRC's Rich Noyes caught the characterization on Fox &…

Tom Blumer
April 7th, 2008 9:46 AM
There are more examples of biased reporting in connection with Charlton Heston's death beyond what Tim Graham discussed earlier this morning.AP movie writer David Germain devoted the second paragraph of his story chronicling reactions to Heston's passing to, of all people, Michael Moore:Nancy Reagan was heartbroken over Charlton Heston's death. President Bush hailed him as a "strong advocate…

Brent Baker
April 7th, 2008 9:16 AM
Remembering Charlton Heston, who died Saturday night in his Beverly Hills home at age 84, the ABC and CBS anchors on Sunday night tarnished the actor's political activity on behalf of conservative causes, particularly his leadership of the NRA, as “controversial” and “polarizing.” Dan Harris, anchor of ABC's World News, asserted: “As President of the National Rifle Association, he became one of…

Warner Todd Huston
April 6th, 2008 2:20 AM
I guess we shouldn't expect any sense of decorum from Kossacks, but it is pretty lame that they had to unleash their hatred only minutes after the announcement of the passing of famed American actor Charlton Heston. A Daily Kos "diarist" named doriangz started out calling Heston a "gun-nut" and ending with his life and causes being considered "political nutdouchebaggery," and the incivility just…