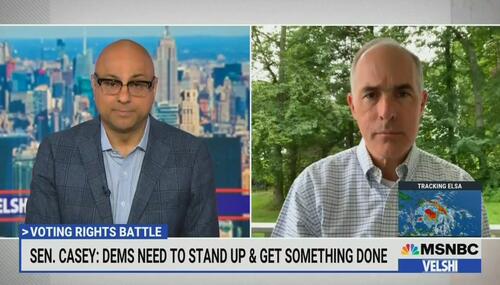 For MSNBC's Ali Velshi the sky might as well be falling, because on his Saturday he agreed with Pennsylvania Sen. Bob Casey that the country is at the point of no return on voting rights now that the Supreme Court has ruled that bans on ballot harvesting and out-of-precinct voting do not violate Section 2 of the Voting Rights Act. 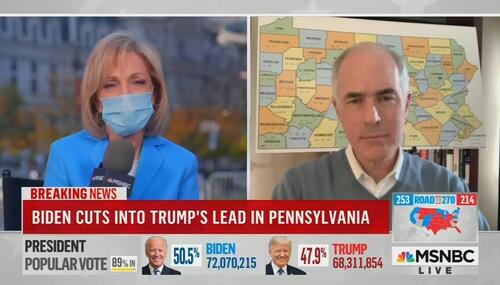 While nothing was official during the airing of Thursday's Andrea Mitchell Reports, the show's namesake host and Pennsylvania Sen. Bob Casey were confident that Joe Biden will eventually win the election. For Mitchell, that means that checks and balances are suddenly bad again. 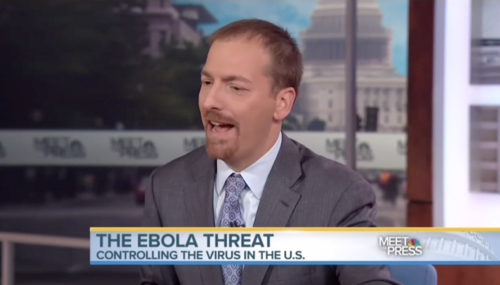 NBC’s Chuck Todd, who on Friday declared that he was “stubbornly neutral”, predictably peddled liberal talking points on Ebola by blaming the National Rifle Association for the country not having a Surgeon General. Speaking to Senators Roy Blunt (R-MO) and Bob Casey (D-PA) on Sunday, the Meet the Press moderator insisted that “this seems to be politics. The NRA said they were going to score… 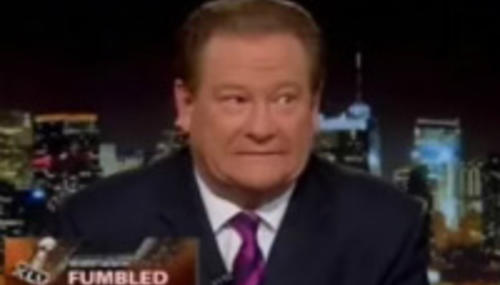 Jack Coleman
December 3rd, 2011 9:53 PM
On his radio show yesterday, Ed Schultz asked Rich Stockwell, executive producer for "The Ed Show" on MSNBC, about their responsibility in covering Occupy protests. Stockwell's response (audio) -- "Well, look, as journalists we need to cover this story. We need to let people know where it is, what it means, try to understand it, get people on who speak literately about it, and capture the…

Tom Blumer
January 22nd, 2011 11:09 PM
In an Associated Press report by Patrick Walters yesterday afternoon, the following two reasons were offered as to why the Philadelphia abortion "clinic" operated by Dr. Kermit Gosnell, who was arrested and charged earlier this week "with murdering seven babies and one woman who went to him for an abortion," had not been inspected since 1993: Democratic former Governor Ed Rendell, who left…

Ken Shepherd
December 8th, 2009 12:17 PM
Time's Amy Sullivan has little use for moderate Senate Democrats throwing up any semblance of a road block, nay, even a speed bump, to ObamaCare, especially if it entails pro-life measures which would keep abortion from being covered by the taxpayer-subsidized government option. "What is it about those Nebraska governors-turned-senators?" Sullivan huffed in the beginning of her December 8…

Matthew Balan
January 28th, 2009 5:42 PM
Newsweek’s Sarah Kliff, in a January 27, 2009 web-exclusive article entitled “Pro-Lifers In Obamaland,” failed to mention how several organizations and individuals she labeled as “pro-life” have friendly relations with pro-abortion Democrats. She also tried to portray the pro-life movement as being “split” between “those who are preparing for the fight of their lives and those who see an…

Mark Finkelstein
March 28th, 2008 10:14 PM
He calls it Hardball, but again tonight Chris Matthews showed he's a softy when it comes to Barack Obama. Chris was crestfallen when NBC News political director Chuck Todd laid out the case, chapter and verse, that political payback, even revenge, explained Sen. Bob Casey's endorsement of Obama as much or more than the "spiritual" reasons Chris so wanted to believe in.CHRIS MATTHEWS: Chuck, I…