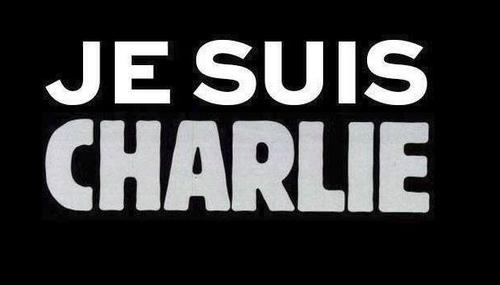 Curtis Houck
January 8th, 2015 12:15 AM
Following the deadly Islamic terrorist attack in Paris on Wednesday, major broadcast networks ABC and NBC joined other news outlets in not showing any of the controversial cartoons of the Islamic Prophet Muhammad from the Charlie Hebdo magazine during their evening newscasts. Despite initially telling Buzzfeed that they would not be showing any of the cartoons, CBS News did… 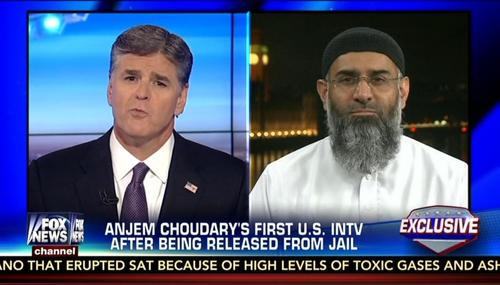 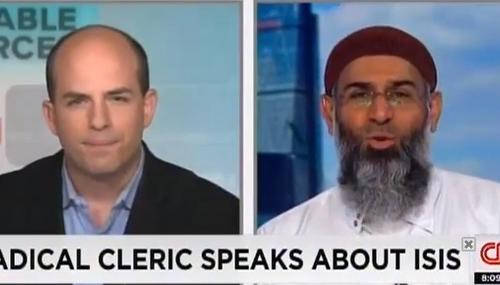 Tom Blumer
August 31st, 2014 10:55 PM
When last seen in coverage at NewsBusters, Anjem Choudary was sparring with Sean Hannity while claiming that ISIS atrocities are a Western "falsehood" and that Islamic Sharia law will be implemented "in the whole world one day." Before getting to his latest stunt on CNN's Reliable Sources program with host Brian Stelter, it's important to provide some context, simply… 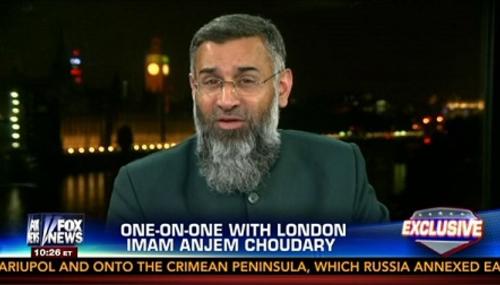 Matthew Balan
August 28th, 2014 4:44 PM
Sean Hannity confronted Anjem Choudary on his Fox News Channel program on Wednesday over the Islamist's unapologetic support of ISIS. The two repeatedly talked over each other, with the American talk show host hounding Choudary if he supported the terrorist group's genocidal campaign in Iraq and Syria. The U.K.-based radical Muslim contended that the multiple account of atrocities by… 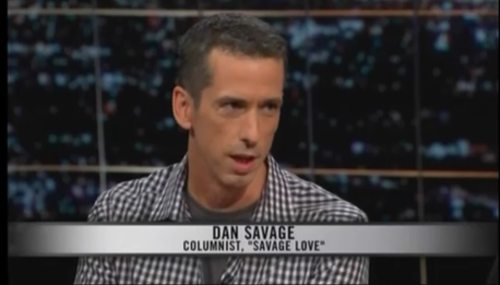 Patrick Goodenough
July 16th, 2011 10:07 AM
A British Islamic group known for its provocative publicity stunts says a borough in northeast London will be the first target of a campaign to establish "emirates" in the country - Muslim enclaves where shari'a law is enforced. Waltham Forest, an area identified in the most recent census figures available as having the fifth-biggest proportion of Muslims - 15 percent - of any… 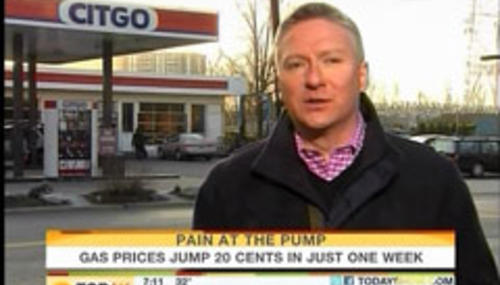 Bob Parks
March 4th, 2011 12:16 PM
Muslim cleric Anjem Choudary scheduled a rally in front of the White House to promote Shariah law in America. The rally was postponed but the planned counter protest was held.  [Video embedded after page break]

'This Week' Wages 'Holy War' Month Before Midterms: 'We Believe that O

Jeff Poor
October 3rd, 2010 10:58 AM
You have to wonder what on earth ABC’s “This Week” host Christiane Amanpour is thinking by holding a so-called town hall meeting this close to a pivotal midterm election. On the Oct. 3 broadcast of “This Week,” the brainiacs at ABC determined it would be appropriate to pitch Christian leaders against moderate and extremist Muslims. This choice of programming comes at a time when many…