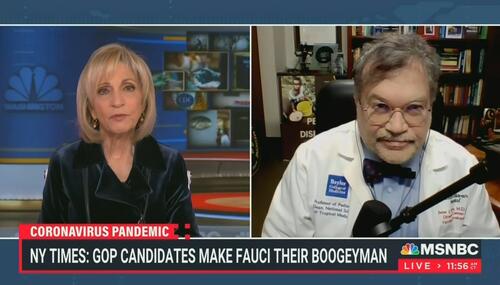 MSNBC Doc On Criticism, 'It's a Tough Time to Be A Scientist'

At the end of her Monday show on MSNBC, Andrea Mitchell condemned Republicans for daring to criticize Dr. Fauci ahead of the 2022 midterms and Dr. Peter Hotez claimed the existence of criticism towards him and Fauci provide evidence that it is "a tough time to be a scientist." 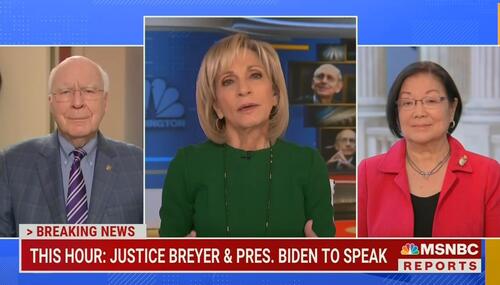 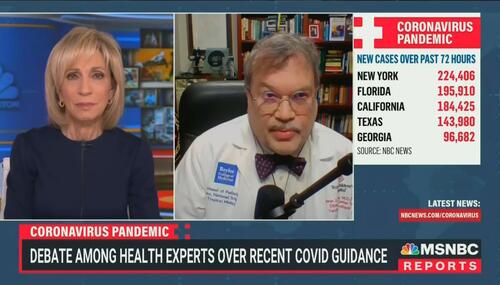 Baylor University's Dr. Peter Hotez joined Andrea Mitchell on her Tuesday MSNBC show to discuss Dr. Anthony Fauci's appearance before the Senate Health Committee. Responding to Sen. Rand Paul's questioning of Fauci, Hotez alleged that attacks on Fauci are also attacks on him and on science. 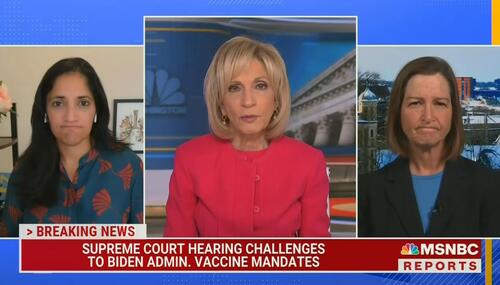 During her Friday show on MSNBC, Andrea Mitchell recapped the day's Supreme Court session where President Biden's various COVID vaccine mandates were argued. According to Mitchell, conservative justices spread "Fox News internet garbage," but not only did she ignore misinformation from liberal justices, she did not provide a single example of such misinformation. 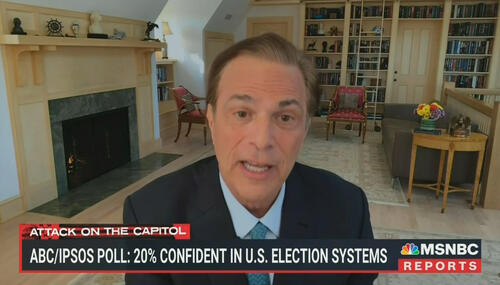 NBC’s Beschloss on Midterms: ‘Our Democracy Is In Jeopardy This Year’

On Friday, NBC News presidential “historian” Michael Beschloss commented on more current events as he wailed that Republican voting reforms and likely GOP wins in the midterms meant that “our democracy is in jeopardy this year.” Talking to anchor Andrea Mitchell in the 12:00 p.m. ET hour on MSNBC, Beschloss hyperventilated that “we will not have a democracy, possibly, for our lifetimes.”

As the establishment media solemnly marked January 6 with all of the rehearsed Democrat talking points about democracy hanging by a thread, one man best represents the liberal media’s relentless political marketing. It’s radical Rep. Jamie Raskin, who has a new book that came out two days before the anniversary called Unthinkable, conflating the Capitol riot with the suicide of… 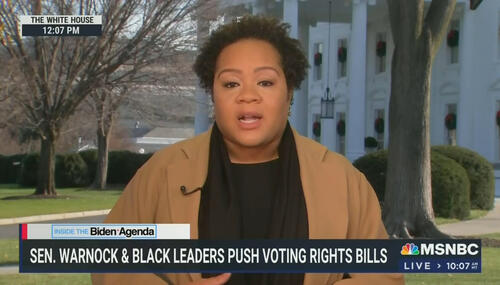 On her Thursday afternoon show, MSNBC anchor Andrea Mitchell wailed that Republican voting reform legislation in states across the country was aimed “towards nullifying voting,” as she bitterly complained that Democrats had failed to enact a federal takeover of all elections. Minutes later, current PBS White House correspondent and incoming NBC News reporter Yamiche Alcindor ranted that new… 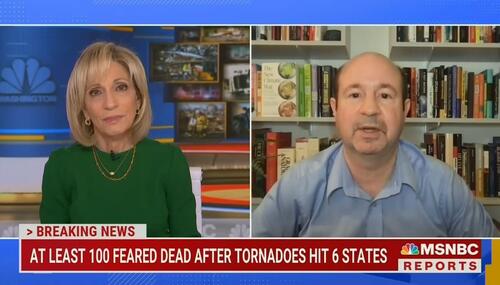 On Monday, when talking about the devastating and deadly tornado that ripped through Mayfield, Kentucky, MSNBC's Andrea Mitchell welcomed Penn State's left-wing climate hysteric Michael Mann to explain that President Biden's Build Back Better plan was necessary to prevent such deadly tornadoes in the future. 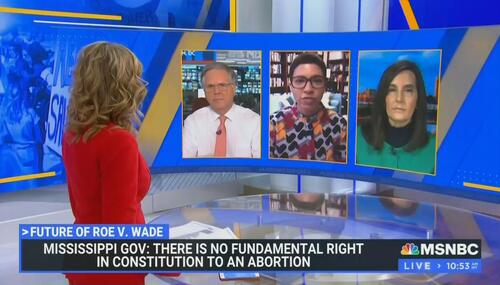 With the Supreme Court set to hear a challenge to Roe v. Wade on Wednesday, the Monday cast of Andrea Mitchell Reports on MSNBC set about their usual fearmongering where it was alleged that banning abortion would be like banning interracial marriage and getting rid of Roe would be like getting rid of the Voting Rights Act.