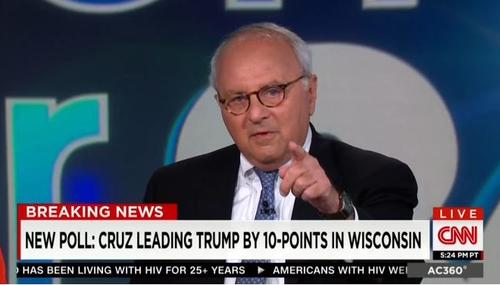 Curtis Houck
March 30th, 2016 11:14 PM
In brief aside before the first commercial break on Wednesday’s two-hour AC360, panelist and former Gingrich adviser Rich Galen called out the CNN show for its total devotion to the latest musings from Republican presidential candidate Donald Trump and caused host Anderson Cooper to admit that Trump “has set the agenda...from almost the moment he entered the race.” 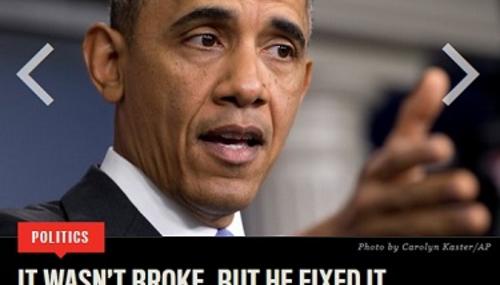 Matt Hadro
November 14th, 2013 4:54 PM
After President Obama's Thursday press conference on his ObamaCare "fix," CNN's John Berman declared the ObamaCare debate over and pushed Republicans to cooperate in fixing it. "That was the debate from 2010 and the plan passed. Now it's about implementing this plan. Good or bad, at this point," he lectured GOP guest Rich Galen, who had criticized ObamaCare…

Matt Hadro
December 13th, 2011 9:54 AM
Conservative columnist Rich Galen lampooned CNN for its liberal bias during his appearance on Monday's The Situation Room. During the bottom of the 4 p.m. hour, anchor Wolf Blitzer threw water on right-wing claims that President Obama is waging a "war on religion," and Galen called him out for one-sided coverage of the matter. GOP candidate Rick Perry had recently produced a…

Matthew Balan
June 10th, 2009 6:50 PM
On Monday’s Newsroom program, CNN anchor Rick Sanchez tried to justify that Cindy Sheehan is still worth covering, as the unrelenting left-wing activist recently protested near the Dallas home of former President George W. Bush. When Republican strategist Rich Galen advised that she should stop protesting and that the press ignore her, Sanchez went out of his way to find an angle for covering her…

Fallen Soldier MSNBC Used for 'Gotcha' Game With Rep. Blackburn Did No