Sunday’s Washington Post Magazine has two cover stories, one for Bill Clinton and one (if you turn it upside down on the other side) for Melania Trump. As expected, Bill Clinton is going to get a gushier treatment. Post writer Neely Tucker is so tender to the president that he mangles a fact, and the copy editors (also tender hearts) allowed it. “Fact Checker” Glenn Kessler will not be assigned to this story.

Tucker wrote, “He allegedly cheated on his wife, repeatedly, even in the Oval Office, and with a young woman who wasn’t that much older than their daughter.”

WashPost Waterfall of Gush Over 'Deep, Hopeless Intellectualism' of Leftist Rag on Books

When The Washington Post headlines a story “A half-century of deep, hopeless intellectualism,” there’s a puff piece underneath. It’s not about Obama’s globe-trotting genius since the age of two. It’s a rave for The New York Review of Books, a leftist literary rag. (It's not The New York Times Book Review. This comes out about 20 times a year.)

Post writer Neely Tucker oozed all over “legendary editor Robert Silvers” and how “circulation is at an all-time high of 150,000.” Then came the "oh, so hopelessly smart" waterfall of gush:

A headline in The Washington Post's Wednesday Style section declared: "American Indians object to ‘Geronimo’ as code for bin Laden raid." Writer Neely Tucker goes on to lament: "In a triumphant moment for the United States, the moniker has left a sour taste among many Native Americans."

Tucker explained: "It was his [Geronimo's] name that the U.S. military chose as the code for the raid, and perhaps for Osama bin Laden himself, during the operation that killed the al-Qaeda leader in Pakistan." He later remarked: "It isn’t clear yet which branch of the military came up with the nickname — the Army, Navy, CIA or any of the anti-terror special forces groups involved in planning the raid — but it apparently wasn’t bin Laden’s nickname for very long."

VFW: Woodstock Wasn't the Only Thing Happening 40 Years Ago

While some in the media have been dusting off their love beads, bell-bottoms and broomstick skirts in an effort to wax nostalgic about Woodstock, the VFW has reminded its members that the world did not stop for those four days in August 1969.

In fact, for 109 American soldiers, the world ended that weekend.

Much has been made over the "half a million strong" that flocked to a dairy farm in rural New York to celebrate music and peace. Richard K. Kolb instead compared the coverage Newsweek and Time gave to the festival while shortchanging American efforts in Vietnam. 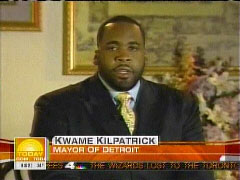 In Sunday's Washington Post, Neely Tucker wrote a long article protesting that the classic CBS detective show "Mannix" isn't out on DVD. But neither Tucker nor his Post copy editors caught the brain-flatulence of locating Memorial Day (honoring veterans who died in military service) in November, instead of Veterans Day (honoring all vets), and suggesting swaggering fictional P.I. Joe Mannix, Korean War vet, should be honored on Memorial Day: