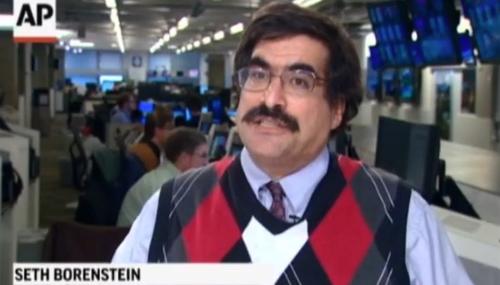 Tom Blumer
October 6th, 2015 10:37 AM
A story by Seth Borenstein at the Associated Press ("AP ANALYSIS: VW EVASION LIKELY LED TO DOZENS OF DEATHS"), originally published on Saturday but currently carrying a Monday morning time stamp, claimed that "Volkswagen's pollution-control chicanery" has been responsible for "killing between five and 20 people in the United States annually in recent years."…

Tom Blumer
March 13th, 2010 11:59 PM
Two reports linked by Instapundit earlier today demonstrate at a macro and micro level how weak the claim that Toyota has deliberately jeopardized consumer safety in connection with "sudden acceleration" complaints may ultimately turn out to be. The macro piece comes from Megan McArdle (pictured at left; "How Real are the Defects in Toyota's Cars?") at her blog at the…