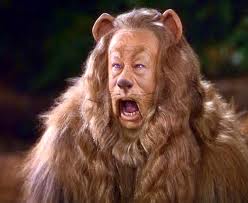 Multi-millionaire filmmaker James Cameron on Sunday backed out of a global warming debate that he asked for and organized.

For those that haven't been following the recent goings on concerning Nobel Laureate Al Gore's favorite money-making myth, an environmental summit was held this weekend in Aspen, Colorado, called AREDAY, which is short for American Renewable Energy Day.

Ahead of this conference, Cameron challenged three noted global warming skeptics to a public debate where he was going to personally "call those deniers out into the street at high noon and shoot it out with those boneheads."

One of the invited skeptics, Ann McElhinney of NotEvilJustWrong.com, wrote about Cameron's surprise cancellation Sunday:

Surprise - a British panel ruled that the scandal known as ClimateGate that supposedly revealed the manipulation of certain data strengthen the case of manmade global warming was much ado about nothing. But, The New York Times in a July 7 story called these findings of an inquiry led by Muir Russell, a retired British civil servant and educator, "a sweeping exoneration" of the ClimateGate scientists in question.

While there are still some serious and legitimate concerns to be raised about what ClimateGate reveal despite the findings, Bill Nye, the so-called "Science Guy" is celebrating and at the same time dismissing skeptics of Russell's findings. He explained why he thought this was important on CNN's July 7 broadcast of "Campbell Brown."

"Well, it's important to people like me," Nye said. "It's important to all the scientists. I think people who don't believe in climate change, who deny climate change, I don't think it's going to affect them very much at all because they're already committed to their - to their beliefs and this will be just one more brick in the great ziggurat of conspiracy for those people."

We've all sort of known the media have been in the tank for the global warming alarmist movement. For evidence, look no further than a March 2008 segment that aired on ABC "World News" attacking leading climate skeptic, University of Virginia environmental scientist Professor Emeritus Fred Singer.

And the same culprit behind that 2008 segment, "World News" weekend anchor Dan Harris, was at it again with a piece that aired on May 23 attempting to link climate change skeptics to white supremacists.

But for balance, Harris included a few brief remarks, all of 10 seconds, from Marc Morano of ClimateDepot.com, a news aggregator website Harris called "aggressive." But the actual interview Harris conducted with Morano was much more extensive and in depth. Throughout the interview, Harris asked Morano questions, but with premises that weren't necessarily true.

At first, Michael Mann, a Penn State professor and a central figure in the Climategate scandal, but best known for his discredited "hockey stick graph" didn't like being mocked in a YouTube video. Now Mann is alleging he's a victim of hate groups.

On ABC's May 23 "World News Sunday," a segment from anchor Dan Harris alleged that threatening e-mails Mann received were part of a "spike" in violence aimed at the global warming alarmist community.

"The ongoing oil spill crisis in the Gulf is keeping the debate over climate and energy very much in the headlines and that debate is becoming increasingly venomous with many prominent scientists now saying that they are being severely harassed," Harris said.

Curiously Harris makes no mention of the real violence in the form of eco-terrorism that has come from the environmental left or Greenpeace repeatedly targeting the Competitive Enterprise Institute's Chris Horner, by stealing his garbage on a weekly basis, as his Web site points out. Instead, this "severe harassment" ABC warned about were e-mails from fringe Internet elements sent to Mann.

ClimateDepot's Morano on Mann Lawsuit: 'This Just Goes to Show You How the Mighty Have Fallen'

In case you missed it, expressing dissent about an issue that has become more and more politicized could warrant a lawsuit - even if it's just satire.

Michael Mann, a Penn State professor and a central figure in the Climategate scandal, but is best known for his "hockey stick graph" doesn't like being criticized. He has threatened to sue the creators of a video that has gone viral on YouTube mocking him. The creators of the video are a group called Minnesotans for Global Warming.

The possibility of a suit was the topic on Fox News April 27 "America Live," hosted by Megyn Kelly. Kelly asked ClimateDepot.com executive editor Marc Morano if Mann would be able to prove that this so-called YouTube spoof wasn't true and therefore win his lawsuit.

A professor at the university in the middle of the ClimateGate scandal called global warming skeptic Marc Morano "an a**hole" on live television Friday.

This marvelously came moments after Andrew Watson, a professor at the University of East Anglia, told the BBC host moderating the discussion that the controversy surrounding e-mail messages obtained from his school's computers is "a real setback not because there's anything wrong with the science, but because the character assassination and the temperature of the debate which you can just see from our colleague in America is just obsuring the important issue."

Less than ten seconds after making this sanctimonious, holier than thou statement, Watson said as the interview came to a close, "What an a**hole" (video embedded below the fold): 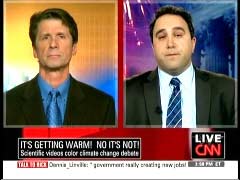 CNN anchor Rick Sanchez fairly moderated a debate between glacier photographer James Balog and Marc Morano of ClimateDepot.com on Thursday’s Newsroom about the issue of climate change. Sanchez did not side with either one of the debaters in his questions during the segment, and asked both reasonable questions [audio clip from the segment available here].

The CNN anchor led the 3 pm Eastern hour with a preview of the debate segment, as he played a video clip from Balog of a glacier in Alaska, and made his first hint that the ClimateGate scandal was going to be mentioned later: “The man who shot this video used to think global warming wasn’t real. He’s changed his mind. But leaked e-mails from prominent climate scientists tell a different story. You’re going to hear both sides.”

Before introducing both of his guests in the last segment of the hour, Sanchez played more glacier video from the photographer, as he further detailed the climate change controversy, and made another indirect reference to the ClimateGate e-mail scandal:

For several years NewsBusters has been informing readers of Nobel Laureate Al Gore's profit motive as it pertains to his advancement of global warming hysteria.

This included the presentation of a video of the former Vice President disclosing in March 2008 what investments he's personally made in companies that will benefit from any legislation designed to curb carbon dioxide emissions.

So great is their devotion to this cause that when Gore was asked about his financial interests in pending cap and trade legislation at a recent hearing of the House Energy and Commerce Committee (video embedded right), his heated exchange with a representative from his home state went completely ignored by America's television news divisions until conservative radio host Laura Ingraham and Climate Depot's Marc Morano discussed it on Friday's "O'Reilly Factor" (video and transcript embedded below the fold followed by additional comments on the subject):

In today's You Really Can't Make This Stuff Up moment, the New York Times has issued a correction to a front page article that was highlighted by Nobel Laureate Al Gore in his recent climate change testimony before the House Energy and Commerce Committee on April 24.

Sen. Warner made reference in his opening statement to the story on the front page of the New York Times this morning. Absolutely incredible. The largest corporate carbon polluters in America, 14 years ago, asked their own people to conduct a review of all of this science. And their own people told them, “What the international scientific community is saying is correct, there is no legitimate basis for denying it.” Then, these large polluters committed a massive fraud far larger than Bernie Madoff’s fraud. They are the Bernie Madoffs of global warming. They ordered the censoring and removal of the scientific review that they themselves conducted, and like Bernie Madoff, they lied to the people who trusted them in order to make money.

Eight days later, Marc Morano reported at Climate Depot that the Times has issued a correction:

One of the latest tactics some global warming alarmists have employed is to compare their activism to struggles of the Civil Rights Era of the 1960s. Actor Edward Norton compared the "symbolic" Earth Hour of March 29 to infamous Selma's "Bloody Sunday" in an appearance on CNN's "Larry King Live," and again on NBC's "Today."

But this time, one of the movement's leaders, former Vice President Al Gore, made a similar comparison. Testifying for before a congressional committee on April 24 in Washington, D.C., Gore rated his activism to that of the civil rights movement.

"I believe this legislation has the moral significance equivalent to that of the civil rights legislation of the 1960's and the Marshall Plan of the late 1940's," Gore said. "I am here today to lend my support to one of the most important pieces of legislation ever introduced in the Congress."

Joe Romm's debate defeat tour hysterically continued Thursday when he went against his own decree forbidding further references to Marc Morano at his Climate Progress blog by eviscerating the New York Times for having the nerve to write about -- wait for it! -- Marc Morano.

After getting wiped all over the floor by Marc Morano in a March 27 global warming debate, and responding by childishly forbidding any articles of Morano's be linked at his Climate Progress blog, Joe Romm has set his sights on NewsBusters.

In an article hysterically titled "Newbusters jumps the shark (if that’s possible) in its attack on my truthful statement “windpower now generates more jobs in this country than coal mining," Romm took issue with some statements I made about his debate performance in my April 3 piece.