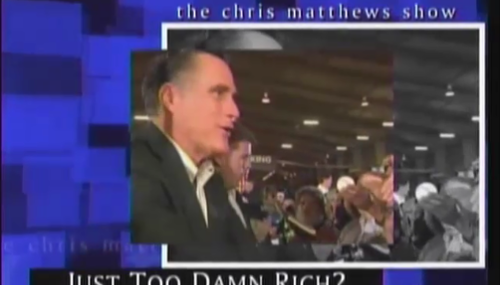 Tim Graham
January 29th, 2012 7:26 AM
When gas prices get high, politicians love to blame the financial speculators for driving the price up. On Saturday morning, CNN's Josh Levs reported that "we have analysts telling us to get ready for national average around $4.25. That's spring. Summer, that's when it could go higher, $5 could happen in some cities." What might high gas prices mean for the 2012 campaign…

Matthew Balan
August 24th, 2010 8:38 PM
CNN's Ali Velshi enthusiastically touted the Obama administration's promotion of "alternative energy" on Tuesday's Newsroom, and advanced the idea that the field would become a major economic force: "This may be the driver of the economy for the next 15 years....And I will give this administration credit. It is such a dramatic increase over the last administration's commitment to…

Noel Sheppard
December 20th, 2009 6:44 PM
If President Obama or any Democrat had actually won the dubious honor of committing PolitiFact's "Lie of the Year," do you think CNN would have reported it?Fat chance, right? Before you answer, consider the glee exhibited by CNN's Josh Levs Sunday when he announced Sarah Palin had "won" for her Facebook comment concerning a "death panel" in healthcare reform…

Matthew Balan
October 6th, 2008 5:05 PM
CNN’s so-called Truth Squad, in two reports on Sunday and Monday by two different correspondents, labeled Republican vice-presidential candidate Sarah Palin "false" for stating that Barack Obama "sees America as imperfect enough to pal around with terrorists who targeted their own country." The Squad, in their "fact-checking" of the Alaska governor, who was making a…