On Tuesday, Turner Broadcasting, the parent company of CNN,  started the process of cancelling several of the news network's series, including the reboot of Crossfire, and began laying off hundreds of employees. Chris Ariens at the TVNewser blog reported that "as many as 300, or 8%, of CNN's workforce is being cut." Ariens later noted that "Jane Velez Mitchell's nightly HLN show has been canceled, part of deep cuts at CNN."

The Gay and Lesbian Alliance Against Defamation (GLAAD) is a powerful force inside the media to drive any conservative point of view off CNN and other cable news networks. On Friday in New York, they planned a "Thank GLAAD It's Friday" event, and one of the "special guests" is openly gay CNN Headline News host Jane Velez-Mitchell. There's also NBC helpers, as the event's webpage proclaimed:

By Matthew Balan | October 26, 2009 6:10 PM EDT
CNN’s Rick Sanchez shocked his colleague Kyra Phillips on Monday’s Newsroom, after agreeing with a New Mexico hotel owner who had asked his Latino employee to use an unaccented version of his name: “My real name is Ricardo Leon Sanchez de Reinaldo. I don’t use it because I want to be respectful of this wonderful country that allowed us as Hispanics to come here, and I think it’s easier if someone’s able to understand me by Anglicizing my name.” Earlier, Phillips and HLN anchor Jane Velez-Mitchell berated the owner for his supposedly bigoted treatment of the employee [audio clips available here].

Phillips and Velez-Mitchell interviewed Larry Whitten, the owner of Whitten Inn of Taos, New Mexico just after the bottom of the 2 pm Eastern hour. Whitten recently fired some Hispanic employees who wouldn’t conform to his guidelines, which included not speaking Spanish in his presence and asking those who operated the hotel switchboard to use Anglicized versions of their names. He is now being accused of racism by these former employees and by Hispanic organizations who have taken up their cause. 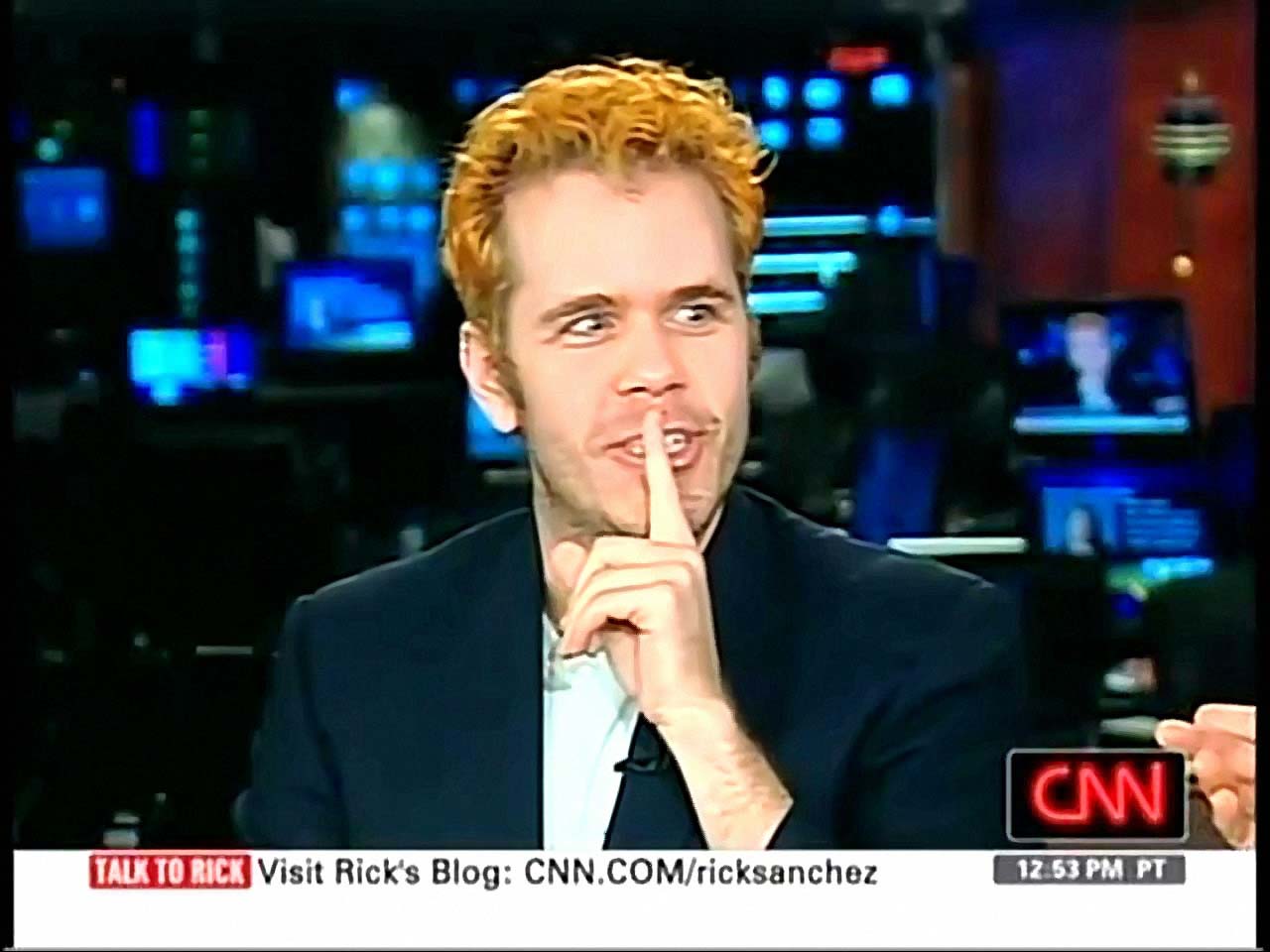 Perez Hilton has proved that demonstrable talent or skill is no longer a prerequisite for fame. These days, all that's needed is a proclivity for peddling the sleaziest material imaginable.

Hilton created a career for himself out of enhancing paparazzi shots of celebrities with crude white drawings of genitalia and bodily fluids and posting them on his blog, PerezHilton.com. He regularly described young actresses in the most misogynistic terms imaginable, relentlessly attempted to bring gay celebrities out of the closet and reserved a special brand of hate for conservative women, such as referring to "The View's" Elisabeth Hasselbeck as "Elisab----" or re-posting lesbian comedian Margaret Cho's graphic oral sex fantasy about Sarah Palin. As a reward, his Web site reportedly receives 24 - 30 million views per month.

The mainstream media aided Hilton's rise to the top of culture corrupters. Since 2006, he has been the focus of 49 television news reports. He has been cited as an "expert" on all things related to Hollywood in 32 news stories. The Los Angeles Times recently labeled the blogger a "tastemaker."

During a panel discussion on Tuesday’s No Bias, No Bull program, Jane Velez-Mitchell, the Headline News anchor who replaced Glenn Beck after he switched over to the Fox News Channel, vehemently defended Perez Hilton’s crude remarks against Miss California USA Carrie Prejean. After TruTV’s Lisa Bloom blasted Hilton’s use of “the ‘B’ word and the ‘C’ word, that rhymes with ‘rich and runt,’” Velez-Mitchell replied, “Why is it that people should be very polite when they’re told that they’re second-class citizens?...If someone said to you...I don’t think you should have the right to get married, wouldn’t you be ticked off?”

The panel discussed the controversy between Prejean and Hilton, and besides Bloom and Velez-Mitchell, included CNN correspondents Erica Hill and Jessica Yellin, and anchor Roland Martin. Despite her criticism of Hilton, the TruTV anchor twice expressed her support for gay marriage. Velez-Mitchell herself is not an uninterested party on the wider issue of same-sex “marriage,” as she is an open lesbian who defended anti-Proposition 8 protesters during her Headline News program in November 2008: “I believe that gay marriage should be a right for all Americans. In other words, this should be ok across the country” .