NPR rushed out of the gate on Friday afternoon to defend President Obama's announcement to "lift the shadow of deportation" from young illegal immigrants. Correspondent Frank James spun the policy change as Obama getting to "the stage in his presidency, like so many of his predecessors, where his frustration with congressional inaction has led him to act unilaterally."

Is a Planned Parenthood poll really newsworthy? On Tuesday, NPR spotlighted a PPP poll commissioned by the abortion giant which found that a majority apparently supports a federal government mandate on birth control that violates the religious liberty of Catholic institutions. The network also trumpeted how "the poll...suggested that Mitt Romney...could pay a price at the polls" for opposing the mandate.

Writer Frank James began his article for NPR.org, "Poll: Majority Of Voters Support Birth-Control Mandate," by pointing out that the ObamaCare regulation was "controversial." But he didn't acknowledge that the poll was "done on behalf of Planned Parenthood" until the second paragraph, and left out any kind of ideological label for the left-wing organization.

We couldn't make this stuff up if we wanted to.

Yesterday NPR blogger Frank James saw a parallel between President Obama's rally cry to a supporter to help him pass his "jobs bill" with Jesus's charge to the apostle Peter to "feed my sheep" (h/t Michael Ganoe):

NPR: ACORN Hassles Just 'The Problems of Being Poor and Minority in Urban America'

That, and the Washington Post reports on how ACORN was just "playing along" with the sting artists who caught them on videotape. You knew that was coming, didn't you? You already know that the freelance sting artists who zapped ACORN are being -- and have been -- referred to as "racists" and puppets of conservative radio and Fox News. Now, ACORN is utilizing a tried and true (but not very successful) tactic: Explaining that they were just "playing along" with the "ridiculous scheme."

I'm old enough to remember the famous (or infamous) Abscam sting of the early 1980s. One of the representatives who was convicted of taking bribes -- Richard Kelly -- famously (and hilariously) defended his illegal actions by claiming he was "undertaking his own investigation" and "spent part of the [bribe] money to maintain his cover." It didn't work. Kelly spent thirteen months in the federal pen.

But more interestingly on their Two-Way news blog, NPR's Frank James blames not ACORN itself, but society: 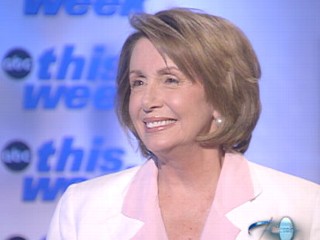 The bad reviews for House Speaker Nancy Pelosi's abysmal performance on Sunday's "This Week" continue to pour in.

Jumping on the "Is She Really This Divorced From Reality" bandwagon was the Chicago Tribune's Frank James.

Another journalist has gone on-the-record equating conservative concerns about the liberal Sen. Barack Obama (D-Ill.) with racism. In a May 5 blog post on the Chicago Tribune’s “The Swamp” blog, writer Frank James expressed his concern about racist white people. James wondered, “How much of Sen. Barack Obama's supposed patriotism deficit among voters has to do with his being African-American?”

Why does James think that whites view African-Americans as less patriotic? According to James’s post, it’s because there is “an assumption on the part of white Americans that a racial group whose ancestors were slaves and which still complains about racial inequalities and injustice must by definition be less patriotic.” 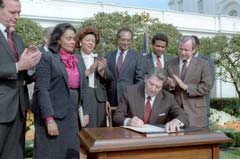 The Chicago Tribune's Frank James thinks the Democrats really need to stop this insistence on retreat... from the word liberal. In short, James wrote at the paper's "The Swamp" blog today, if Democrats don't hunker down and fight Republicans on the dreaded L-word, the GOP will keep moving on and make "progressive" an epithet as well.

Here's James' argument, portions in bold are my emphasis: