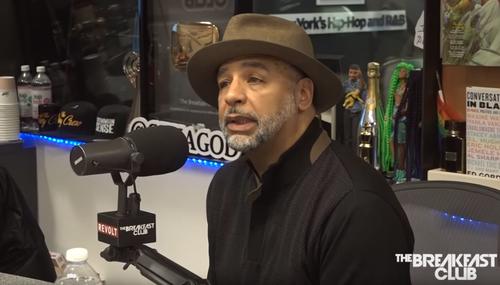 Ed Gordon: ‘No Reason’ to Endure ‘Another Four Years of This Fool’

Geoffrey Dickens
January 20th, 2020 6:07 PM
BET host Ed Gordon has had enough of the Donald Trump presidency as he told The Breakfast Club crew, on Monday, that there is “No reason we got to go through another four years of this fool.”

Lyndsi Thomas
September 22nd, 2008 5:22 PM
On Monday's CBS Early Show, co-host Maggie Rodriguez interviewed BET Tonight host Ed Gordon about a recently released Associated Press-Yahoo! poll which found that forty percent of white Americans and one-third of Democrats and Independents harbor negative feelings about African Americans. The segment did not include any critique of the poll or the suggestion that such a large amount of people…