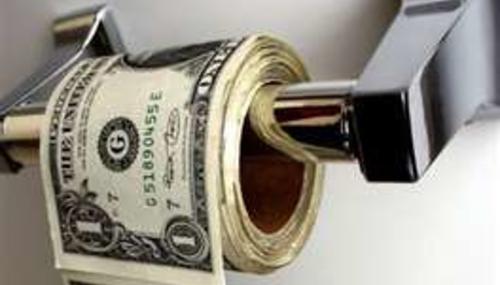 Jeffrey Meyer
February 26th, 2013 12:31 PM
In what has become a recurring theme on MSNBC, Morning Joe host Joe Scarborough railed against the Conservative Political Action Conference (CPAC) for failing to invite Governor Chris Christie (R-N.J) to the event.  On the February 26 edition of the program the self-described “true conservative” Scarborough slammed CPAC as not being about winning elections, but instead being an echo-chamber… 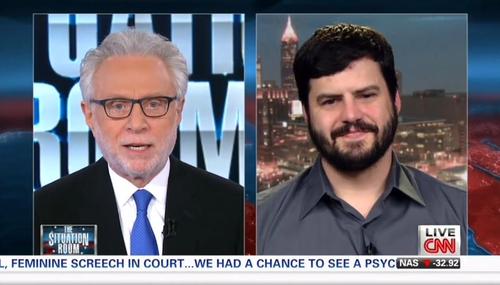 Clay Waters
February 22nd, 2013 1:01 PM
Friday's lead New York Times story celebrated "G.O.P. Governors Providing a Lift For Health Law." The most notable convert: Florida Gov. Rick Scott, who reversed his position this week and announced his support for expanding Medicaid. The Times' Abby Goodnough and Robert Pear credited Scott for the embrace of Obama-care (via "proponents" who "say that doing so will not only save lives, but…

Scary: New York Times on the 'Crimson Ideology' of the Kansas GOP 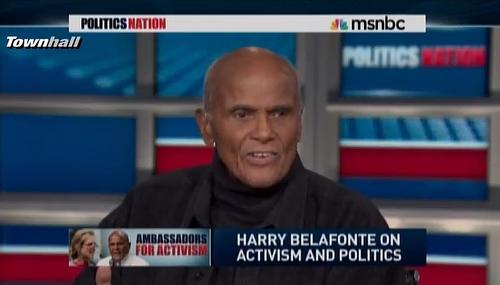 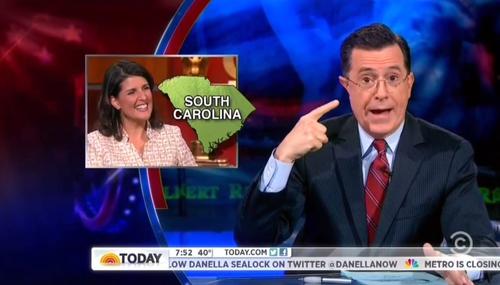 MSNBC Anchor Sneers: 'Is the South Ready for a Black Senator

Jeffrey Meyer
December 7th, 2012 3:35 PM
Following Senator Jim DeMint’s abrupt resignation to run The Heritage Foundation, much has been made over who South Carolina Governor Nikki Haley might name to replace him.  One name mentioned is that of African American Congressman Tim Scott,  a prospect which prompted MSNBC anchor Richard Lui to sneer: "... Is the South ready for a black Senator?" On Friday’s MSNBC Live, Lui baited fellow… 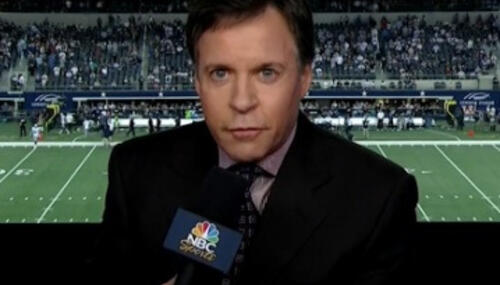 Tom Blumer
December 4th, 2012 7:47 PM
Entering the 2012 election cycle, Republican governors were in charge of 29 of the nation's 50 states. After the election, their number rose to 30. Though there were disappointments, my trusty spin-free calculator tells me that's a net pickup of one. The sycophantic leftists at the Politico apparently see things differently, judging by the following email I received about Gov. Peter Shumlin… 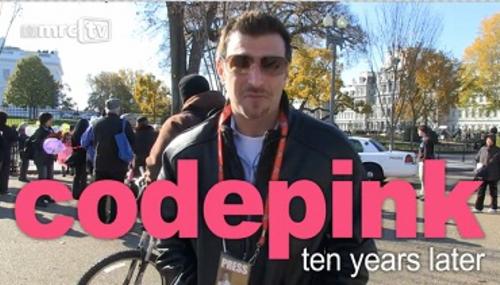 Jeffrey Meyer
November 15th, 2012 11:45 AM
Following Dan Rather’s disgraceful exit as anchor of the CBS Evening News, it seems as though he has found a new home away from home, MSNBC.  Appearing on Thursday’s The Rachel Maddow Show, Rather was brought on to offer his, in the words of Rachel Maddow, “much-welcomed perspective” on the prospects of post-election bipartisanship in Congress.  [See video below break.  MP3 audio here.] 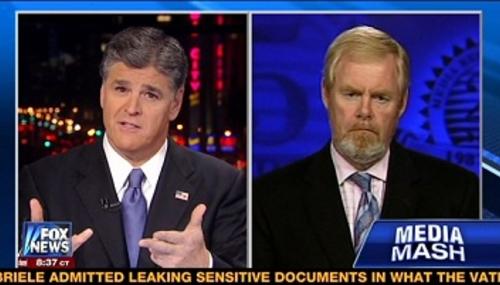 Obama Asked to Show ID to Vote: Where’s the Outrage at MSNBC

Jeffrey Meyer
October 26th, 2012 3:38 PM
Over the past several months, MSNBC has been on a tirade criticizing attempts by mostly Republican state legislatures to ensure voting integrity by requiring a photo ID in order to vote.  As NewsBusters has documented, one of the leaders of the anti-ID movement is none other than the host of the 6 p.m. Eastern program Politics Nation, the Rev. Al Sharpton, who on numerous occasions has… 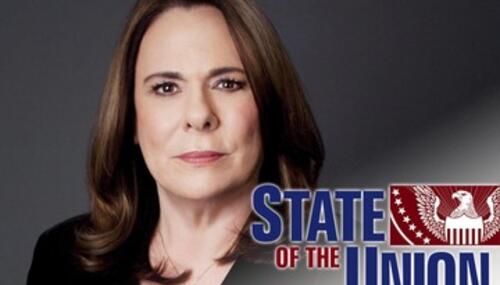 Noel Sheppard
October 15th, 2012 8:54 AM
The liberal media's mission to smear the Koch brothers and Americans For Prosperity, one of the advocacy groups they support, continues. On Wednesday, the Huffington Post published an article with the inflammatory headline "Americans For Prosperity Distributes Ads Promoting Pro-Slavery Arkansas Legislators": 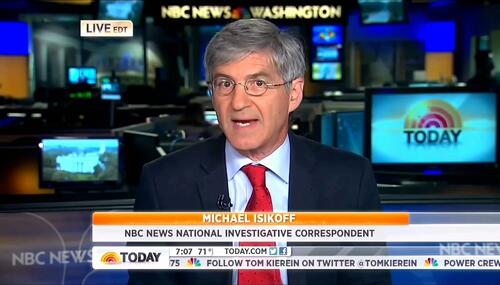 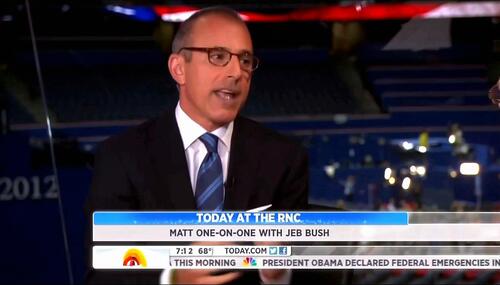 Conservatives Should Confront Media Bias Rather Than Work Around It

Matthew Sheffield
August 30th, 2012 5:15 AM
On his radio program Wednesday, a very frustrated Rush Limbaugh wondered aloud at what he characterized as an insufficient amount of attention to President Obama's record. He blamed the problem on Republican election consultants (including perpetual failure  Ed Rollins) and their misbegotten belief that telling the truth about liberalism will somehow disenchant unaffiliated voters. "I want to… 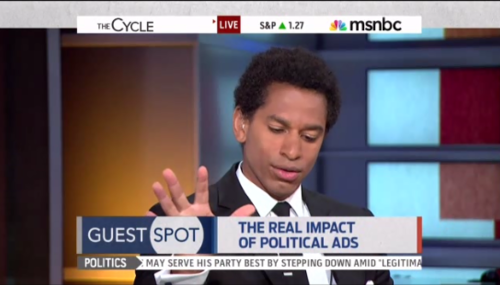 Rusty Weiss
August 22nd, 2012 4:31 PM
An e-mail from Daily Kos Campaign Manager, Chris Bowers announces 'big news' regarding voter ID laws in Pennsylvania.  Bowers explains: A huge coalition of 100+ labor and civil rights groups has come together to do the door knocking, phone banking and voter education necessary to make sure everyone in this must-win swing state can still cast a ballot. At Daily Kos, we're helping out by… 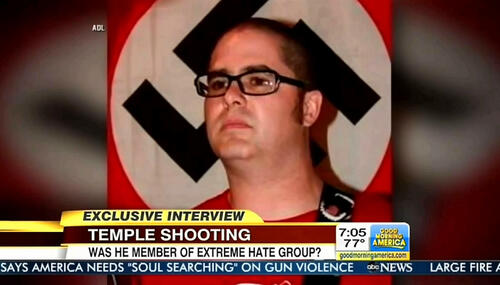 Open Thread: ‘You Didn’t Build That’ Harming Other Democrats

Matthew Sheffield
August 7th, 2012 10:42 AM
Even though President Obama's remark that business entrepreneurs "didn't build" their own successes was made weeks ago, it is still continuing to harm him among voters. Now, it is also starting to harm other Democrats besides Obama: 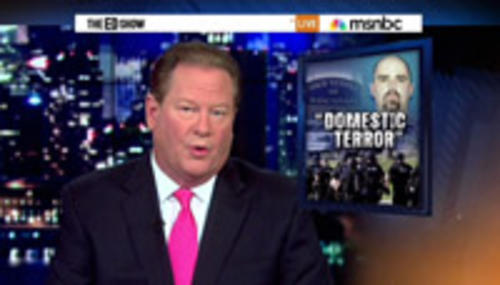 Noel Sheppard
August 6th, 2012 7:54 PM
As NewsBusters previously reported, actor Zach Galifianakis on Monday attacked the Koch brothers saying "They are creepy" and 'It’s not freedom what they are doing." Philip Ellender, President of Government and Public Affairs, Koch Companies Public Sector, LLC, responded to this nonsense via email moments ago: