Reviews for the movie "Evan Almighty," opening in theaters today, have been largely lackluster. The general consensus is that the talents of Steve Carell and the rest of the cast are largely wasted and the religious theme is somewhat bland. The plot in a nutshell is that Evan Baxer (Carell), recently elected to Congress, is recruited by God (Morgan Freeman) to become a modern-day Noah, building an ark in order to serve humanity on a Biblical scale. 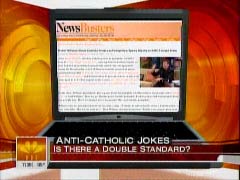 Given the response to yesterday's Dilbert cartoon, here's a marvelous global warming spoof from the folks at Nitrozac and Snaggy: 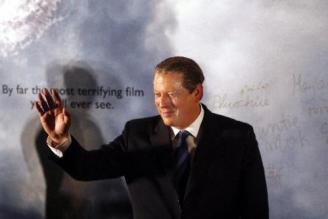 As most right-thinking people are aware, soon-to-be-Dr. Al Gore has refused to debate scientists and politicians that disagree with his views on manmade global warming.

Of course, as you know, the debate's over.

Coming coincident with the Thursday release of the Center for American Progress’s plans to assault conservative talk radio, Senators Hillary Clinton (D-New York) and Barbara Boxer (D-California) were overheard discussing the need for a “legislative fix” to the problem.

This information was relayed to radio host John Zeigler of KFI 640 AM Los Angeles by Sen. James Inhofe (R-Oklahoma) who witnessed the Senators talking about something that they heard on talk radio which upset them so that they said:

We’ve got to do something about this. These are nothing but far rightwing extremists. We’ve got to have a balance. There’s got to be a legislative fix to this.

Meet the Greenes, "an American family trying to do their best to help the environment by living a green life. Take a virtual tour of their earth-friendly home and discover all the ways they conserve resources, pollute less and leave a smaller eco-footprint."

This welcoming banner sounds like something you'd see on Greenpeace.com or Climatecrisis.net (Admit it, you've been there, I go all the time to laugh at the latest ridiculous global warming headlines.)

Unfortunately "Meet the Greenes" is prominently displayed on the Web page of a major news organization. The offender? Statesman.com, the Austin American-Statesman’s home on the Internet.

"Meet the Greenes" is just one of the many delightful headlines in the "Living Green" section.

Americans 5x More Confident in Military Than in Congress

The MSM delights in highlighting President Bush's anemic poll numbers. Congress's approval rating in the latest Gallup poll was so shockingly, historically, low at 14% that the MSM could hardly ignore it.

But there was another finding emerging from that same Gallup poll that has received very little media attention: the societal institution that enjoys, by far, the highest confidence among Americans is, at 69%, the military.

Deputy Undersecretary of Defense Bill Carr discussed the Gallup findings on last night's "Right Angle," the Ithaca-based TV show that this NewsBuster hosts. While clearly pleased by the military's achievement in that regard, Sec. Carr was also duly diplomatic about it, as this exchange reflects.

RIGHT ANGLE HOST MARK FINKELSTEIN: So 70% for the military, 14% for Congress, which if my mathematics are correct, that's five times more confidence in the military than in the Congress. So perhaps some of the Pentagon officials should keep that in their back pocket the next time they're being grilled up on the Hill.

DEPUTY UNDERSECRETARY OF DEFENSE BILL CARR: We would never raise that.

But I just did.

By David Niedrauer | June 22, 2007 12:00 AM EDT
Liberals want to impose balance on conservative talk radio but not liberal television news and entertainment.

By Robert Knight | June 22, 2007 12:00 AM EDT
For 25 days or so of indignity the heiress will turn over a quick million bucks, thanks to checkbook journalism. Has NBC lost its collective mind?

By L. Brent Bozell III | June 22, 2007 12:00 AM EDT
This kind of conservative has embraced the anarchical libertarian worldview ... that the market – society's lowest common denominator on cultural issues – should decide. And if this erosion of traditional values leads to the disintegration of the culture, so be it.

National Public Radio commentators can establish one reality very quickly: they won’t cross the feminists. "I am not dumb enough to castigate women en masse," said sports writer Frank Deford in a commentary on Wednesday’s Morning Edition as he blamed them for the popularity of celebrity gossip. But men? That’s easier. They’re diverted from serious news by the sports pages.

For Second Night, It's 'ABC's World News with George Stephanopoulos' 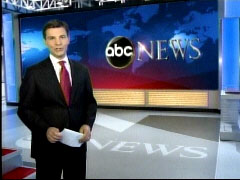 Thursday night, for the second time in just over two weeks, George Stephanopoulos served as the anchor of ABC's World News with Charles Gibson. No explanation was offered for Gibson's absence. Just as on June 4, the announcer set up the newscast: “From ABC News headquarters, this is World News with Charles Gibson. Reporting tonight: George Stephanopoulos.”

Complete with a background track fit for an indie horror flick, NBC’s “Today” bashed student loan companies and colleges with a segment on “student loan schemes.”

On June 21, consumer correspondent Janice Lieberman ignored personal responsibility as she bashed colleges and lenders without giving them a chance to rebut.

“You would assume that the college you choose would be on your side and find the best interest rate for a loan that you’ll be paying for many years. Well, think again,” said Lieberman.

Wait a minute - why should a borrower assume anyone else will find them the best deal? We all know what assuming does.