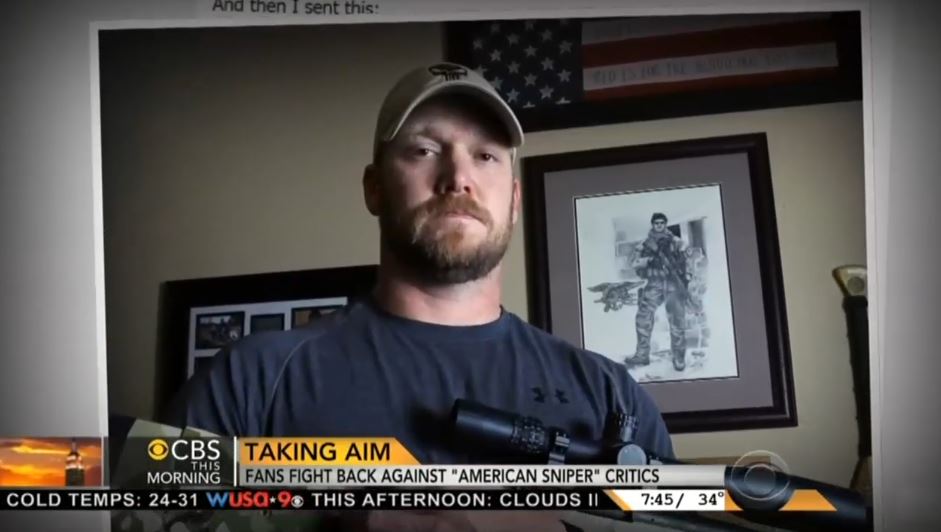 Before he signed up to play Navy SEAL Chris Kyle in American Sniper, Bradley Cooper put on weight, studied with a voice coach, and learned to put a bullet into a target from 800 yards away. But he told People magazine the most lasting lessons he learned were about the struggles of everyday military families.

"I've always been interested on a personal level in helping our vets. I've been a part of USO on tours for over eight years," Cooper explained in this week's cover story on Kyle and his widow, Taya.

"I had an appreciation for veterans before this, but what I definitely did not know is the toll that it takes on the family," the Best Actor Oscar nominee said.

“People were willing to express themselves in a format that they would never do normally....But because they saw Chris’s story, they were willing to say, ‘Thank you for putting a guy I can relate to up there and have it be something right away that I know is accurate.'”

Cooper and Taya Kyle have hosted screenings of the movie and visited hospitals, meeting veterans from all over the country. In a caption in the magazine, under a picture showing Cooper visiting the Brooke Army Medical Center in San Antonio, Texas on January 14, he "walked in to cheers, with one Marine telling him tearfully, 'I feel like you are one of my brothers.'" Veterans' advocates hailed Cooper as "a real dude and a deeply committed activist."

Cooper declared "It's not lost on me that the freedom I  have is because we live in a country where there is a volunteer military...who chooses to sacrifice their lives to defend our life, liberty, and pursuit of happiness."