New York Times columnist David Brooks shows up every Friday on NPR and PBS to sound very moderate in the microphones, which usually means taking an immoderate swipe at conservatives. On both All Things Considered and the NewsHour on Friday, he slammed House conservatives by associating them with Fox News and their fans.

On PBS, Brooks compared to the House vote to block funding for Obama’s executive actions on immigratino to Pickett’s disastrous charge into Union guns at Gettysburg: 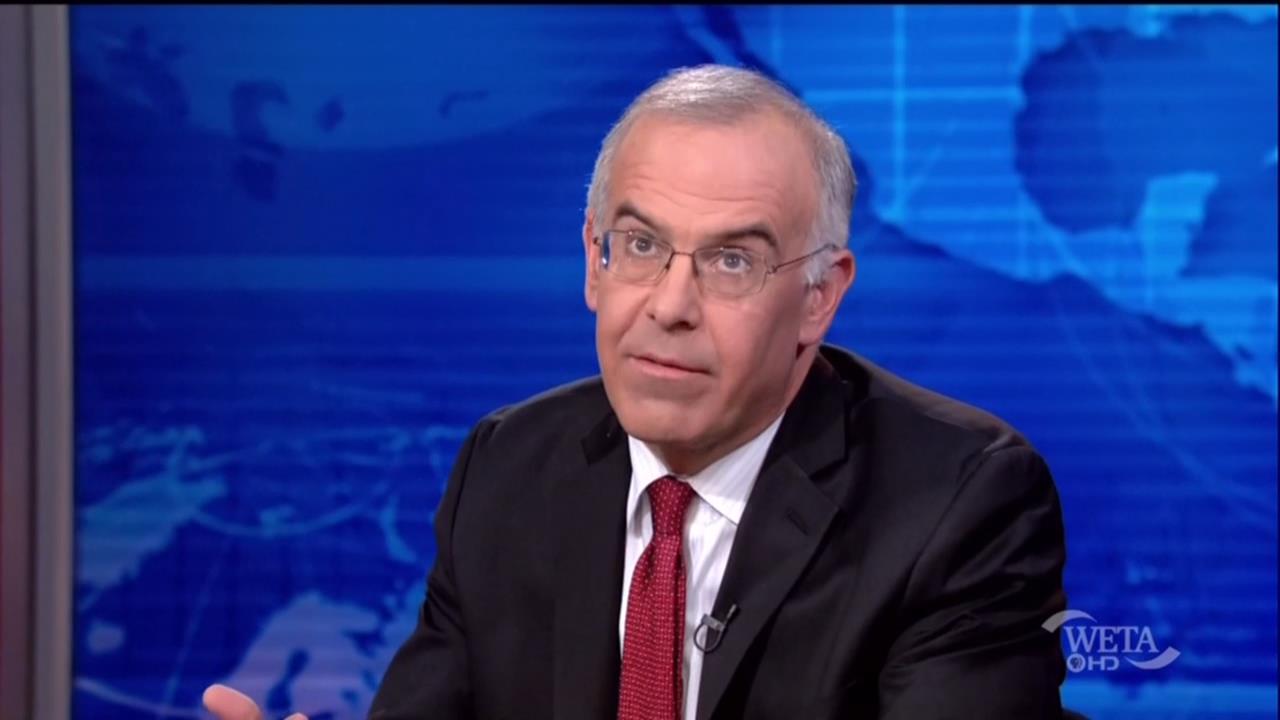 So, what’s going to happen? They are going to have to walk embarrassingly down the Hill in defeat. That’s just going to happen. And so why do you do that? And I think the reason you do it is because you have got an opposition mentality that says, let’s make a statement. We want to show the president we’re standing up to him.

And so they make a statement, instead of passing a law. But if you’re in the majority, you’re in the majority. And you have got to start thinking that way. And I think the party — I don’t blame McConnell and Boehner. I blame the rank and file. You have got to start thinking like a majority. Are you here to make statements? Well, go to FOX or do what we do.

On NPR, Brooks said the same thing in a different way:

BROOKS: You're in the majority in both houses. Pick a fight you can win. Whatever you think of the merits - and I think they're right to want to roll back on the executive action of the president, mainly because it was executive action, I think the substance on immigration is completely wrong - but whatever you think of the merits, you're trying to launch a Republican rule in Congress, and they really have no hope. There's no hope of winning. They did this very strong bill. They issued their protests, and it's going to be defeated in the Senate. And by some miracle, if that doesn't happen, the president will obviously veto it. So they're going to have to retreat. And so why do you charge up a hill you're bound to retreat back down? It's like the Fox-ification of the Republicans. They want to make a statement.

But when it came to the Democrats, Washington Post columnist E.J. Dionne thought it was whip-smart, not suicidal, for Democrats to push things that will never pass, but just make a statement, er, like MSNBC:

I think this little bounce up he's gotten will draw him a bigger audience. And I think he's very conscious that he's not just proposing things that he hopes to pass. He's proposing things as part of a legacy, things Democrats, presumably Hillary Clinton, but other Democrats can fight for after he's gone. And he's hoping on some of these things,  maybe sick leave for parents, might even draw some Republican support. But he's playing a double game. He needs to govern now, but he wants to lay markers for what should happen in the future.

PS: Brooks concluded by wise-cracking that whoever speaks after Obama’s State of the Union address is the “annual victim” of the president, including new Senator Joni Ernst:

CORNISH: You know, that is a coveted spot, David Brooks, settle down.

BROOKS: It tends to be a spot that does more damage than good. But, you know, I think she's representing a Republican Party that's slightly more unified than it was two years ago. And so I think her job - nobody has high expectations, but I think the party is actually in reasonably good shape if they could get a strategy.