Former Democrat New York state assemblyman Dov Hikind posted a video to Facebook of Tlaib’s interview with the Skullduggery podcast. His video included information about Palestinian Grand Mufti Muhammad Haj Amin al-Husseini, who had worked with Adolf Hitler directly during World War II. The video had been removed from Facebook on May 14, with no explanation offered. 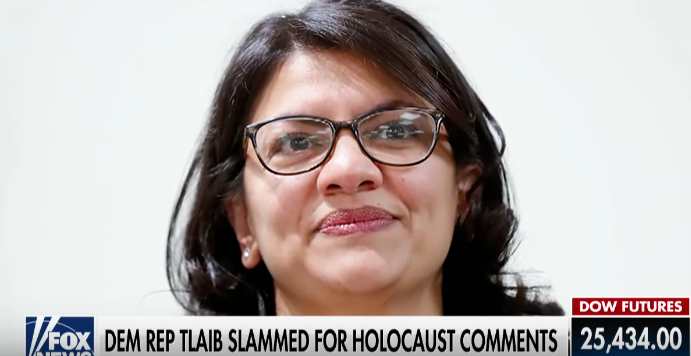 Tlaib told the podcast on May 10 that: “it was my ancestors, Palestinians, who lost their land, and some lost their lives, their livelihood, their human dignity; their existence in some ways had been wiped out … all of it was in the name of trying to create a safe haven for Jews, post the Holocaust, post the tragedy and horrific persecution of Jews across the world at that time.”

She also said that she was “humbled by the fact that it was [my Palestinian] ancestors that had to suffer for that to happen.”

Hikind tweeted on May 14, “I put out a video yesterday to correct [Tlaib’s] distortions, and without warning prior, or notice thereafter, I woke up today to discover that Facebook had removed my video. It’s outrageous to think that for a video that did nothing but directly quote Rashida Tlaib along with the famous video of Hitler meeting with the Palestinian Mufti as they discussed their ‘shared problem of the Jews’, Facebook censored me.”

A wide range of outlets and figures, from President Donald Trump to the liberal outlet The Atlantic, slammed Tlaib over insensitive and historically inaccurate comments.

Historian and Georgetown University professor Benny Morris wrote, “The Palestinians indirectly, and in some ways directly, aided in the destruction of European Jewry.”

Facebook claims that it does not take a side politically, but is a neutral platform. The site, despite having banned noted anti-Semite Rev. Louis Farrakhan, has not taken down a Facebook Live video where the Nation of Islam leader rails against “the Satanic Jews.” Yet Facebook is quick to remove a video which merely negates the words of a pro-Palestine Democratic representative.