Silicon Valley and the tech world are decidedly left-wing. But the echo chamber they’ve created carries over into tech journalism.

The executive editor of popular tech magazine The Verge is no different. On November 6, Dieter Bohn allowed his real feelings on the election to be made known on Twitter. He encouraged people to vote against President Trump, whom he classified as a dictator, even though Trump doesn’t stop him from tweeting his displeasure. 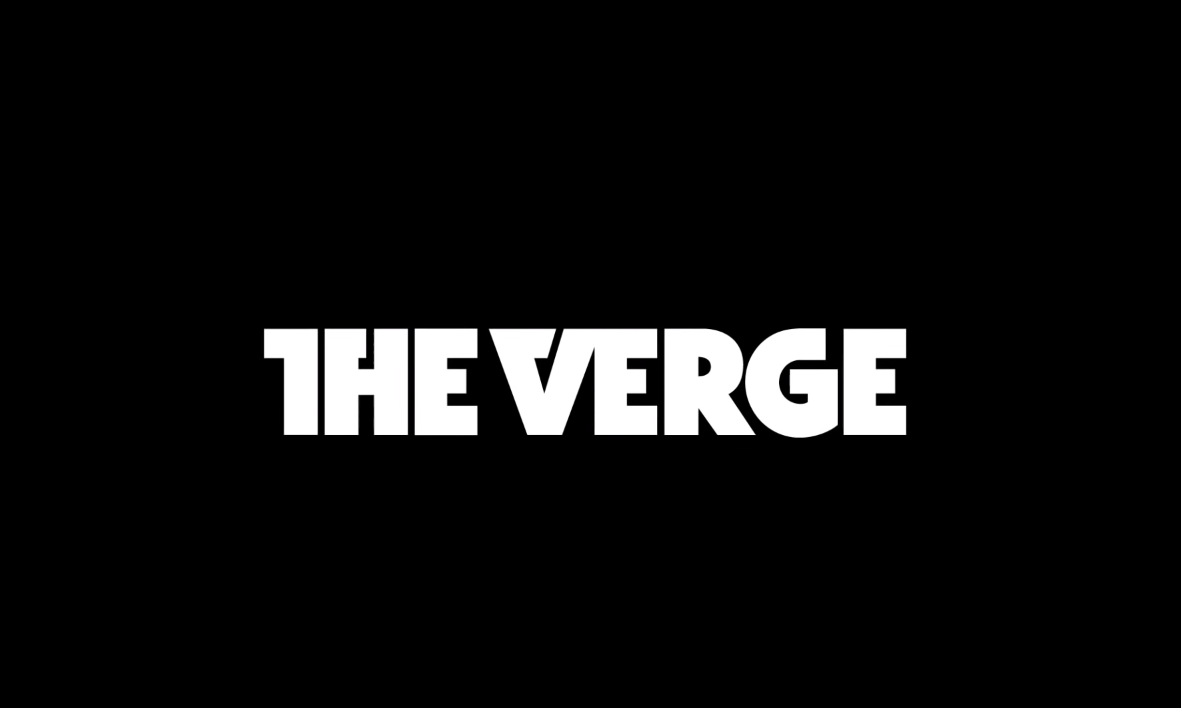 Bohn wrote, “Maybe you’ve been trying to ignore it, but remember: there’s a cruel, unhinged, uncaring, wannabe despot in the White House. He’s a stain on our country and today we can finally put a real check on his power. If you’re not voting to do that, you are implicitly endorsing him.”

The Verge is a part of Vox Media, a left-wing group that includes Vox, Polygon, Recode, and SB Nation. In the about section, Vox states, “Vox's journalists candidly shepherd audiences through politics and policy, business and pop culture, food, science, and everything else that matters.”

The Verge prides itself on following the Society of Professional Journalism’s Code of Ethics, saying that it uses the Code as a “baseline for the professional conduct of our editorial staff.” In the code of ethics, SPJ states “Support the open and civil exchange of views, even views they find repugnant.” 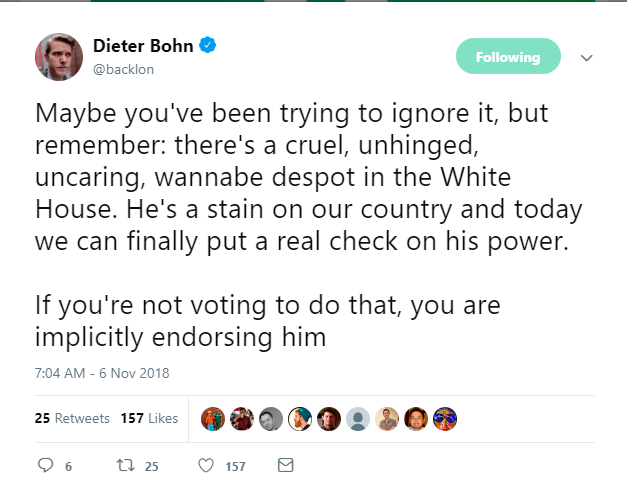 Bohn is a founding editor of The Verge, and has written over 200 pieces for the publication. His writing includes reviews of products from Google, Apple, and Microsoft.