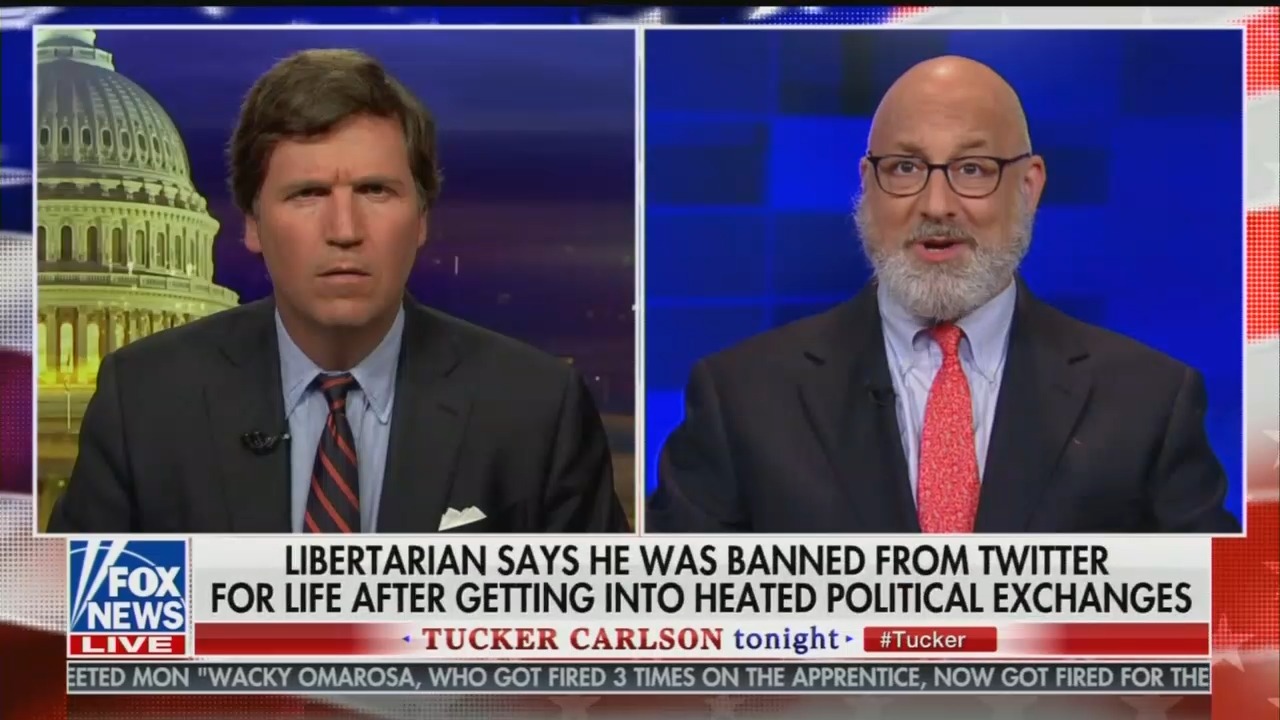 In its overzealous policing of thought, Twitter has now picked a side on war and peace, apparently.

On August 13’s episode of Tucker Carlson Tonight, Peter Van Buren, a former State Department employee, told Carlson that he was “banned for life” on Twitter, for inciting violence. In a Twitter debate with journalists, Van Buren stated that as a State Department employee, he lied to journalists “on behalf of the government.” The next thing he knew, he was banned from Twitter, with virtually no explanation as to why.

When Carlson asked Buren where in the debate he might have crossed the line, Buren responded: “Well, that’s the interesting part is that I really don’t know.” He thought it might have been related to a joke made in reference to Fear the Walking Dead, where he said “Maybe someone will come to eat your face.”

The debate was over journalists and their culpability in “bringing America to war.” Van Buren said:

“And I joined in and explained that while I was a state department official in Iraq I often lied to journalists on behalf of the government. That I misled them and this was part of my job. I eventually blew the whistle on myself and on the state department and came clean on this. Many of the journalists overreacted--or reacted I should say and claimed that they were not responsible for fussing out these lies, that in fact it was my fault for not being truthful to them. I replied that it was their responsibility as journalists to hold the government to account, to be more skeptical of the government, and Twitter being Twitter, it kind of went downhill from there.”

Twitter told Van Buren that something he had said “incited people to violence through fear.” Two other people were also banned for supporting Van Buren, including the president of the Rand Paul Institute.