Facebook co-founder Chris Hughes, who reportedly made $500 million from to his 2 percent stake in the company, has been recently campaigning on a platform of guaranteed basic income at the expense of the 1 percent.

In February 2018, Hughes published his book, “Fair Shot: Rethinking Inequality and How We Earn.” Since then, Hughes has been giving interviews about his basic income proposal. 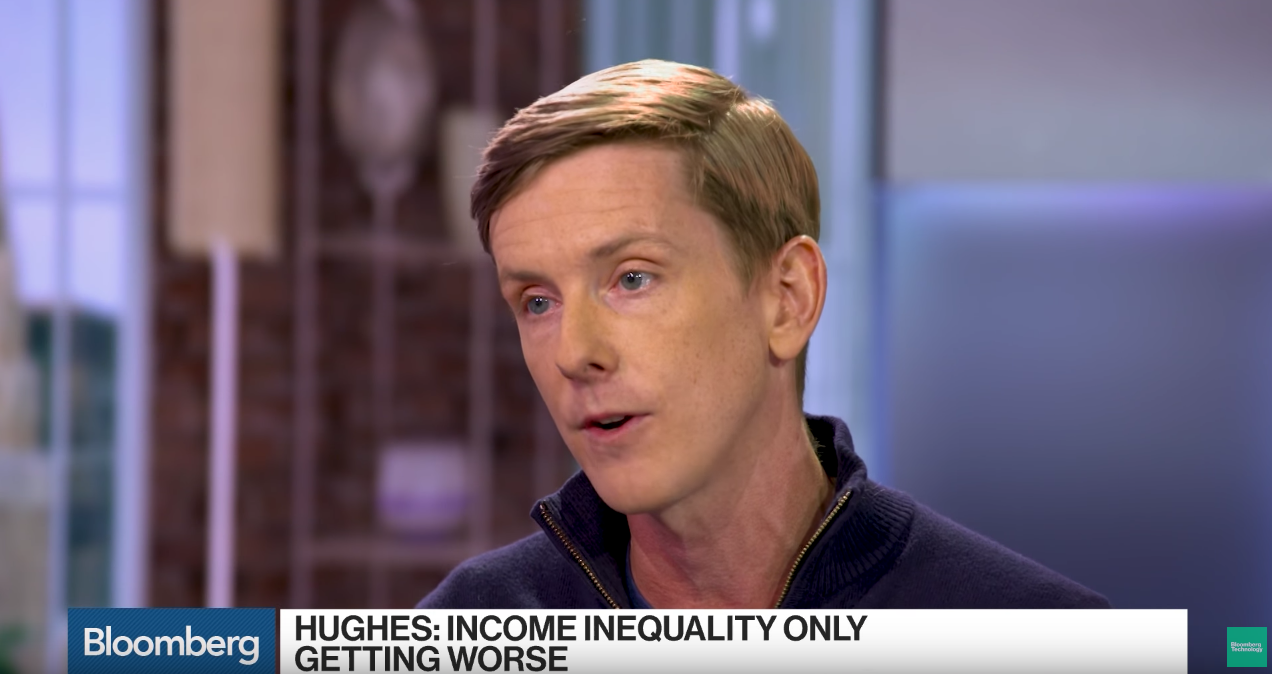 TechCrunch reports Hughes recently highlighted his proposal to give $500 a month to Americans who make under $50,000 a year by placing a tax on those who make $250,000 or more while speaking on the “Interesting People in Interesting Times” podcast.

Speaking of his luck with Facebook, in which he made half a billion dollars in three years, Hughes said, “Unfortunately, it is indicative of a fundamental unfairness in our economy. The playing field has been so tilted towards, unfortunately, people like the ones in this room that it means that income inequality in our country has not been this bad since the Great Depression. And even though we’re all reading the headlines that unemployment is at 3.9 percent and the stock market is at record highs, what’s actually happening is that the median incomes in our country haven’t budged in nearly 40 years. While at the same time stories like mine create an illusion of economic opportunity.”

Despite going on his tour to advocate for universal basic income, Hughes said the idea is merely a “theory” and he does not believe it is possible in America:

In my view, basic income is not a policy: it’s a theory, really, a set of values that believes that every single individual deserves the freedom and dignity to figure out what she or he wants to do and that cash, no strings attached, is unlike any other way of doing that. Cash just helps people figure out what lives they want to lead. So that’s the inspiration behind a basic income, and by the way, that goes back centuries, not just this moment where everyone is talking about automation and then the rise of the robots and the work, the idea of a basic income goes back centuries and that’s the core idea.

However, the idea of a basic income as a policy, I think, is infeasible in America today. It’s unaffordable, it’s redistributive in a negative direction, and it’s not what most Americans want. The good news is though there are policies that emerge from that — specifically, something like a modernized version of our tax code, which could do a lot of what a UBI would do by creating an income floor for people, or something like a social dividend — you could tax carbon, you could tax data, and distribute a check to everybody. There are ways of delivering on the promise of the idea of a basic income in a way that doesn’t necessarily say, ‘Oh, guess what guys? Work is over.’

Since ending his involvement with Facebook, Hughes worked on former President Barack Obama’s 2008 campaign and bought The New Republic in 2012. In 2016, Hughes posted on Medium that he was selling the publication. He is now the co-chair of the Economic Security Project.