Facebook has become more open to some policies that the right has fought for.

A Facebook spokesman told NBC News,“As is normal for a CEO of a major U.S. company, Mark accepted an invitation to have dinner with the President and First Lady at the White House.”

The dinner took place during Zuckerberg’s most recent trip to Washington, D.C., where Zuckberg testified about his company’s new cryptocurrency Libra and gave a speech at Georgetown University titled “Standing for Voice and Free Expression” in which he explained Facebook’s commitment to freedom of speech.

A source reportedly told NBC News that Peter Thiel, one of the few Silicon Valley leaders who is favorable towards President Trump, was also present at the dinner.

Facebook has made multiple policy choices in recent months in favor of free speech and diversity of opinion on the platform. 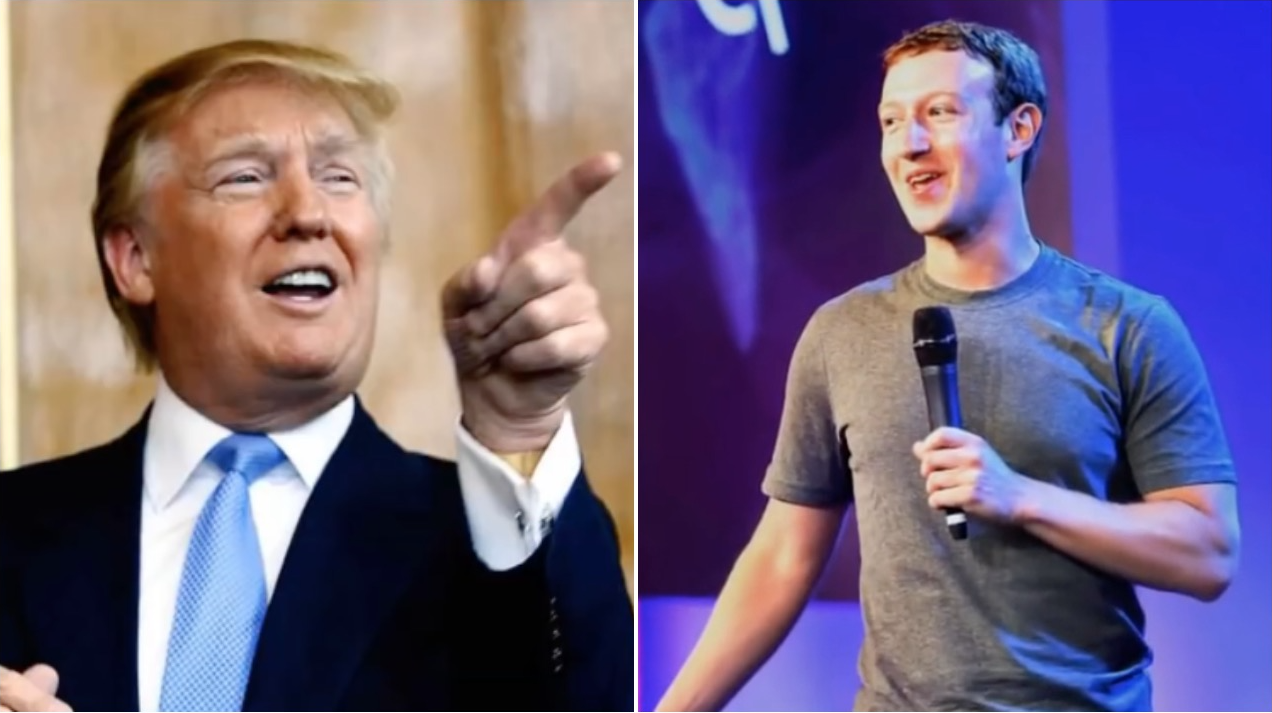 In one such instance, Facebook determined that it would not fact-check political ads, particularly in a time when many users are wary of fact-checkers’ potential biases. Facebook VP of Global Affairs and Communications Nick Clegg explained the rationale behind this decision in a September 24 blog post that “[w]e don’t believe ... that it's an appropriate role for us to referee political debates and prevent a politician's speech from reaching its audience and being subject to public debate and scrutiny.”

Facebook demonstrated its commitment to this policy position when it refused to remove a pro-Trump campaign ad criticizing former Vice President Joe Biden that CNN had banned.

Newsweek hammered this choice as a means of enabling politicians to “post ads that contain falsehoods without violating any of the company's terms.” Senator Elizabeth Warren (D-MA) showed her disdain for this decision and tested it by “intentionally” publishing “false claims” about Zuckerberg in a Facebook ad, insisting that he had endorsed President Donald Trump for 2020. She clarified that this was not true.

CNN’s article “Democratic National Committee slams Facebook for letting Trump 'mislead' Americans 'unimpeded'” cited DNC CEO Seema Nanda’s open contempt for the decision. She said, according to CNN, that she was "deeply disappointed in Facebook's decision to exempt statements from political candidates from its fact-checking policy."

In early October, Facebook also decided it would no longer fact-check opinion pieces and satire on its platform. This came shortly after Facebook CEO Mark Zuckerberg admitted that there was “bias” in the fact-check of a post by Live Action, and Facebook removed the false designation in an unprecedented move.

Facebook has also stood by its decision to include Breitbart among its news sources in the curated “News” Tab despite the liberal media rage against the decision and pressure from the left.

Carolyn Everson, Facebook’s VP of global marketing solutions, defended Facebook’s decision to include Breitbart in an interview at the Code Media conference, stating, “We also have content in from the far left, to try to balance the far left and the far right.” She then affirmed, “Again, we did not feel that we should be in a position to make a judgment call to remove the far right and leave the far left in, and so that’s how we’ve approached it.”

Liberal tech news outlets like Gizmodo lashed out at the decision, saying, “Facebook recently announced that white supremacist propaganda site Breitbart would be considered a ‘high quality’ news source on its platform, leading to complaints that Facebook was legitimizing hate."