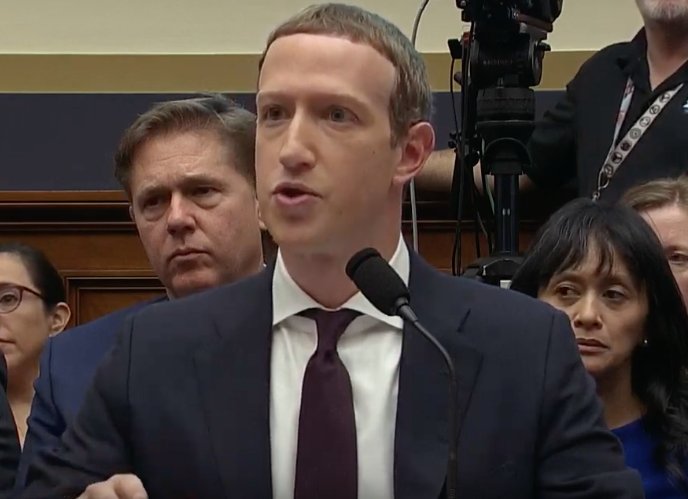 Chairwoman of the House Financial Services Committee Rep. Maxine Waters (D-CA), tried to rake Facebook’s CEO Mark Zuckerberg over the coals for the way Facebook has decided to handle political ads. Zuckerberg, however, doubled down and went to bat for freedom of speech.

During the livestreamed hearing, Waters described Facebook’s new ad policy as one that gives politicians a “license to lie, so you can earn more money off this division, I suppose.”

Facebook’s VP of Global Affairs and Communications Nick Clegg recently wrote ina Sept.r 24 blog post, saying, “[F]rom now on we will treat speech from politicians as newsworthy content that should, as a general rule, be seen and heard.”

“On your question about political ads,” Zuckerberg responded, “look, from a business perspective, the very small percent of our business that is made up of political ads does not come anywhere close to justifying the controversy that this incurs for our company.”

He continued by affirming that his commitment to free speech is a matter of principle and “really is not about money.”

“This is-- On principle, I believe in giving people a voice. I believe that ads can be an important part of voice. I think especially in the political process for challenger candidates, and for local candidates or advocacy groups whose message might not otherwise be covered by the media, having ads can be an important way to inject your message into the political debate.”

Zuckerberg affirmed that his company believes that “in a democracy, it is important that people can see for themselves what politicians are saying.” He then continued, justifying Facebook’s policy on political ads, saying, “political speech is some of the most scrutinized speech already in the world.”