The hearing, “Google and Censorship through Search Engines,” featured numerous heavy hitters from both sides of the political aisle questioning the platform.

When Google’s Vice President of Public Policy Karan Bhatia said that censoring conservatives would be inconsistent with Google’s values, Hawley quipped “Except for when you do it in China, right?” 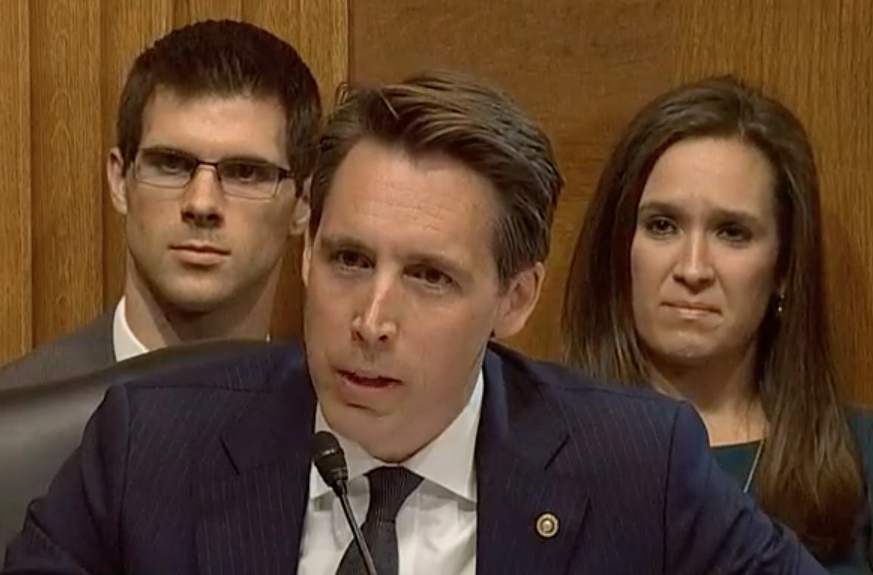 Hawley followed with a long roast of the Big Tech company and its checkered history with Chinese government:

Hawley accused the company of being “more than willing to engage in ideological censorship in the largest market in the world,” as well as “happy to partner with the most repressive authoritarian regime on the planet, all for profits.”

Only a few days before, billionaire investor Peter Thiel accused the U.S. technology giant of working with the Chinese military and called for the U.S. government to investigate Google. Thiel mused on whether Google was being treasonous: “is it because they consider themselves to be so thoroughly infiltrated that they have engaged in the seemingly treasonous decision to work with the Chinese military and not with the U.S. military?”

Senator Hawley closed his time speaking by observing “Clearly our trust and patience in your company and the behavior of your monopoly has run out. It has certainly run out with me, and I think it’s time for some accountability.”

Senator Ted Cruz (R, TX) also blasted the company at the hearing. “You’ve talked about the Google values being a trusted brand,” he said to Bhatia. “I will tell you I think that trust has been severely eroded.” He later added “Google as I understand it was funded on a motto of ‘don't be evil,’ there are more than a few Americans who have skepticism that Google is living up to that promise. “

Google ended its search product in China in 2010 and is effectively blocked in the country. However, a report emerged last year that the search giant was looking to launch a censored version of its search app in China. The initiative, which the company acknowledged publicly, was in its early stages.