Writer: MSNBC Boss Aims For the ‘Mushy Center,’ Even Though Liberalism Is More Profitable 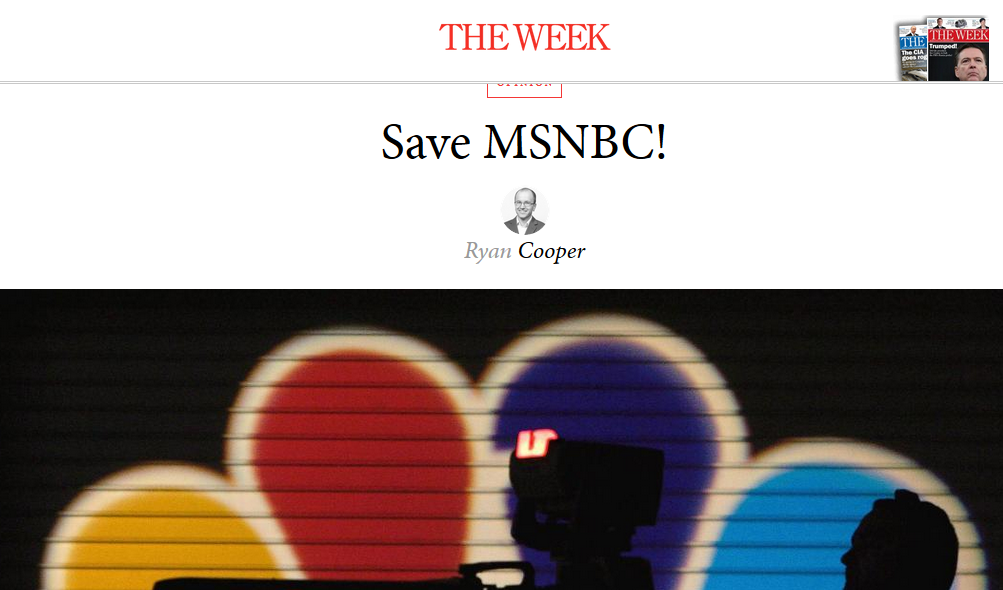 For a real-life example of how to succeed in business without really trying, check out MSNBC, suggested The Week’s Ryan Cooper on Wednesday. Cooper asserted that MSNBC is “attempting to ditch its entire brand as a liberal network just as it is starting to pay off handsomely,” and indicated that the driving force behind the ditchery is Andrew Lack, chairman of NBC News and MSNBC.

“The most recent anti-liberal moves,” which include giving Greta Van Susteren a weekday evening show and “reportedly considering the odious Trump lickspittle Hugh Hewitt for a primetime show,” are “part of a longstanding program to purge all the liberals from the network,” wrote Cooper. “The big three primetime liberals -- Chris Hayes, Rachel Maddow, and Lawrence O'Donnell -- Lack was apparently saving for last. But the trio's exploding ratings have messed up his plan…One anonymous source told [Ryan] Grim: ‘The entire primetime lineup is doing record numbers and Lack can’t stand it. It makes him furious.’”

Cooper argued that MSNBC’s “original drift to the left during the Bush years made reasonably decent business sense. There are a lot of liberals and Democrats in America (Hillary Clinton did win the popular vote, after all), Fox already owns the conservative space, and CNN has straight news. Might as well cater to the left and see what you get. Because liberals are younger than conservatives and old people watch TV, a liberal MSNBC wasn't as profitable as Fox, but it was a modest business success -- and entrenched a (somewhat undeserved) brand for MSNBC as the left-wing network…Now that Trump has massively energized the left, liberals are suddenly hungry for political news and commentary, and MSNBC's old ‘lean forward’ strategy is reaping a monster profits harvest.”