On Thursday, both online and on MSNBC, NBC News unskeptically relayed bogus claims by the liberal Center for American Progress that the House Intelligence Committee's decision to end its Trump-Russia collusion investigation was negligently premature.

According to the Center for American Progress’s Moscow Project, the House committee charged with investigating Russian involvement in the 2016 election obtained either no or incomplete information about 81 percent of the known contacts between Trump officials and Russians, or groups and individuals with strong Russia ties like Wikileaks.

... the CAP report documents at least 70 contacts between the Trump team and Russia-linked operatives, from January 2016 through (January) 2017 ...

Saturday, Byron York at the Washington Examiner noted that MSNBC aired this nonsense. Then he took apart CAP's claims:

... Did the House Intelligence Committee really fail to interview the vast majority of those people? The answer is no, it's not true. Here is the actual story:

According to the House Intelligence Committee and public reports, committee investigators, which could include members as well as staff and always included Democrats, interviewed Cohen, Trump Jr., Kushner, Stone, Sessions, Gordon, Page, and Prince.

That's eight out of 12. York then noted that the committee couldn't interview Manafort, Flynn, or Papadopoulos once they were indicted. That only leaves Scaramucci. 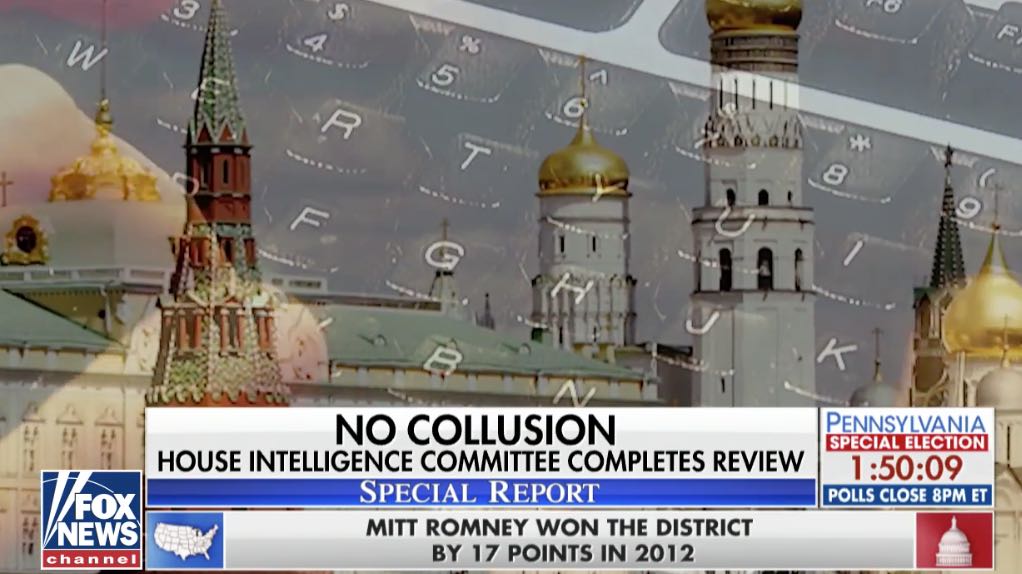 It turns out the committee interviewed Lewandowski, Hicks, Clovis, and Bannon. ... Gates ... was indicted and became off limits.

... That leaves Scaramucci, from the first group, plus Miller, McFarland, Priebus, Bossert, and Spicer. Here is what a committee spokesman said about them: "We don't have any reason to believe these individuals have any unique knowledge pertinent to our investigation. Their inclusion on this list is ... frivolous ..."

... all but one of the contacts cited by the Moscow Project involved Trump people who were either interviewed by the House Intelligence Committee or people the committee made an effort to interview but could not because of the special counsel probe."

NBC accepted substance-free claims from a far-left outfit as gospel. It's apparently too much to expect the press to perform basic critical analysis in the midst of Trump-Russia hysteria.