Mayor Joey Torres of Paterson, New Jersey, that state's third-largest city and a Democrat, pled guilty to corruption charges on Monday after leaving office the previous Friday. According to a USA Today affiliate, Torres and three supervisors in the city's public works department "pleaded guilty to a charge of second-degree conspiracy on Friday for directing Paterson employees to perform work at a private warehouse leased by his daughter and nephew."

References to Torres's party have either been deeply buried in related stories, not present at all. In one comical instance at the Associated Press (where else?), readers were given the impression that Torres only became corrupt after regaining the mayor's office as an "independent" in 2014.

Here's the related AP story reporting what it wants to be believe is a party switch, or at the very least the abandonment of a party affiliation: 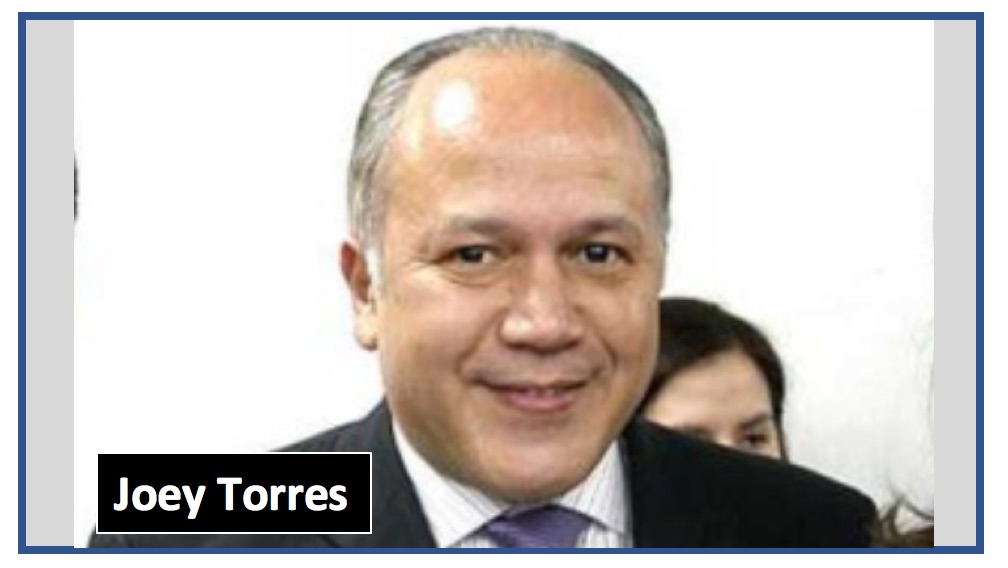 A New Jersey mayor who pleaded guilty to corruption last week resigned Monday, abandoning his bid to stay in office until he’s sentenced.

Jose “Joey” Torres had been due to appear at a court hearing Monday where state prosecutors were seeking to have him immediately removed from office. But that hearing was scuttled after he decided to waive that appearance and instead notified the city Sunday night that he would be stepping down at the start of the business day on Monday.

Torres had pleaded guilty Friday after months of saying he was innocent, but he initially sought to stay in office until Nov. 3 to provide a “smooth transition.” City Council President Ruby Cotton is now the city’s mayor, but she has said she won’t seek the office in the May 2018 election.

Torres and three city public works officials were charged with conspiring to have city employees work overtime at a warehouse leased by the mayor’s family. But the attorney general’s office last spring offered co-defendants plea bargains, allowing them to avoid jail time if they testified against the mayor.

Since the corruption occurred as the result of an NBC Philadelphia "I-Team" investigation in 2016, which "appeared to show city employees doing private jobs for him, from washing his scooter and building bookshelves to doing construction at his nephew's would-be beer business," one might think from reading the AP story that Torres became corrupt after becoming non-partisan.

Of course, Torres never really became non-partisan, as seen here in an item from May 2015, i.e., the year after he regained the mayor's office as an "independent":

Mayor Jose "Joey" Torres of Paterson, New Jersey announced that he would be part of the Cities United for Immigration Action (CUIA) effort to back President Obama in appealing the Texas judge’s ruling in February that halted implementation of a plan that would protect millions of unauthorized immigrants from being deported. In this effort, Paterson joined dozens of other municipalities across the country in supporting the administration's stalled effort to set forth immigration executive actions. In addition to Paterson, at least five other New Jersey municipalities joined the legal brief, including Haledon, Hoboken, Jersey City, Newark, and Plainfield. More than 70 cities and countries filed a "friend-of-the-court" brief urging immediate implementation of the Executive Order President Obama set forth last November.

Notably, the cities and counties are arguing that the district court judge, who temporarily blocked implementation of the immigration programs, failed to consider the significant adverse impact that the protracted delay has had and will continue to have on U.S. economy, families, and local government. The localities filing the legal brief further highlighted how the stalling of these critically important immigration actions threatens law enforcement priorities and detrimentally halts progress towards needed changes to the federal government’s immigration policies.

Torres is still listed, along with over 150 other overwhelmingly if not entirely Democratic Party Mayors and a couple of dozen U.S. counties at the Cities for Action "Leaders" page.

I was unable to find another news article which tried to pretend that Torres was no longer a Democrat because of his win as an "independent" in 2014, as AP obviously did. Not that it's the last word in such matters, but Wikipedia also categorizes Torres as a Democrat.

Finding Torres's party affiliation, where it appeared, usually took at least several paragraphs in most of the coverage I've seen.

Looking at the bigger picture: