Given its usual tendencies, I suppose we should be grateful that the Associated Press deigned to fact-check federal judge James Robart at all.

The AP's Eric Tucker reported on Monday that the Western Washington District Court judge's claim — that no arrests of foreign nationals have occurred since 9/11 from the seven countries which had been subject to President Trump's temporary travel ban before the judge halted it — was "wrong." So far, so good. But Tucker later seriously watered down that evaluation to "not quite right," and he never genuinely quantified how incredibly wrong Robart really was.

The AP reporter also decided that his fact check would be a good opportunity to take a swipe at Trump adviser Kellyanne Conway over an error she had acknowledged three days earlier.

Here are key paragraphs from Tucker's report, with the bolded items identifying the contradictions:

The federal judge who halted President Donald Trump's travel ban was wrong in stating that no one from the seven countries targeted in Trump's order has been arrested for extremism in the United States since the 2001 terrorist attacks. 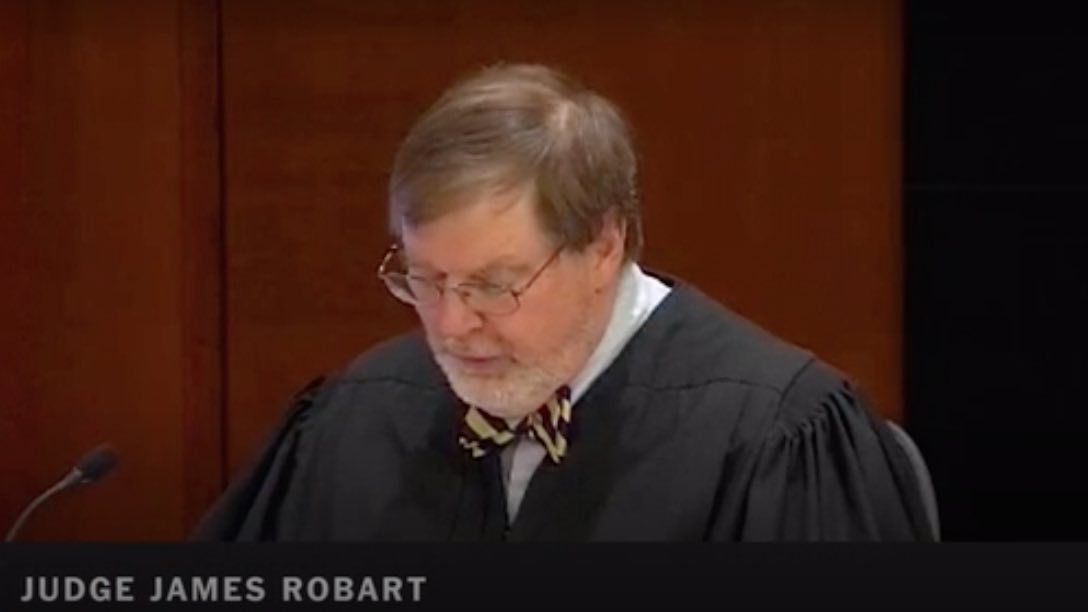 Just last October, an Iraqi refugee living in Texas pleaded guilty to attempting to provide support to the Islamic State group, accused of taking tactical training and wanting to blow himself up in an act of martyrdom. In November, a Somali refugee injured 11 in a car-and-knife attack at Ohio State University, and he surely would have been arrested had he not been killed by an officer.

... (Judge James Robart) asked a Justice Department lawyer how many arrests of foreign nationals from the countries have occurred since 9/11. When the lawyer said she didn't know, Robart answered his own question: "Let me tell, you, the answer to that is none, as best I can tell. You're here arguing on behalf of someone that says we have to protect the United States from these individuals coming from these countries and there's no support for that."

Charles Kurzman, a sociology professor at the University of North Carolina-Chapel Hill, says his research shows no Americans have been killed in the U.S. at the hands of people from the seven countries — Iran, Iraq, Libya, Somalia, Syria, Sudan and Yemen — since Sept. 11. But it's not quite right to say no one from those nations has been arrested or accused in an extremist-related plot while living in the U.S.

On Monday, Byron York at the Washington Examiner, detailed just how "not quite right" Robart's contention was:

Judge James Robart, of the U.S. District Court for the Western District of Washington State, believes there is no basis for President Trump's executive order temporarily suspending non-American entry from seven terrorism-plagued countries.

... In that brief moment, Robart declared there is "no support" for Trump's decision. And with that, the judge from the U.S. District Court for the Western District of Washington State ordered a nationwide — actually worldwide — halt to enforcement of the president's executive order.

Now, it turns out Robart might not know as much as he let on. Last summer, the Senate Judiciary Subcommittee on Immigration and the National Interest analyzed public sources of information, seeking to learn more about people convicted of terror-related offenses. The Justice Department provided the subcommittee with a list of 580 people who were convicted — not just arrested, but tried and convicted — of terror-related offenses between Sept. 11, 2001 and Dec. 31, 2014.

The subcommittee investigated further and found that at least 380 of the 580 were foreign-born and that an additional 129 were of unknown origin. Of the 380, there were representatives — at least 60 — from all of the countries on the Trump executive order list. And with 129 unknowns, there might be more, as well.

In addition, since the Senate list was compiled, there have been others involved in terrorism in the United States from the seven countries.

The bottom line is, Robart's confident assertion to Bennett was wrong.

I would say "quite wrong," which goes far beyond Tucker's contention that Robart was "not quite right."

What York described as "Robart's confident assertion" clearly drove his arguably illegal decision to halt Trump's temporary travel ban. (The government's lawyer persuasively argued that "it's the president that gets to make the determinations ... And the court doesn't have authority to look behind those determinations.")

The AP's Tucker, while acknowledging in his opening sentence that Robart was wrong, should have stopped there, because even one is more than none. But he then grievously erred in later describing Robart as "not quite right." With 60 and possibly more exceptions, Robart — and Tucker — could not be more wrong.

The AP reporter also thought it would be a good time to go after Kellyanne Conway for a mistake she had admitted three days earlier:

... two men from Iraq were arrested in Kentucky in 2011 and convicted on charges that they plotted to send money and weapons to al-Qaida.

They were never accused, though, of plotting attacks on the U.S. Last week, Trump adviser Kellyanne Conway wrongly cited their case as a "Bowling Green massacre," which never happened.

Though Conway admitted her error on Friday (also "last week"), Tucker, in typical establishment press treatment of people on the center-right, refused to acknowledge the existence of that admission three days later.