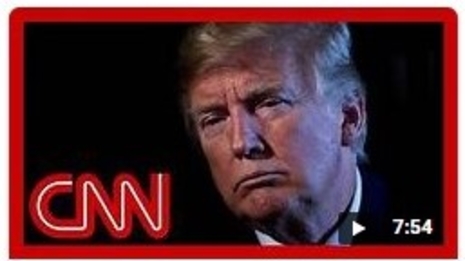 The New York Times reported on the front page of its Business section on Wednesday that CNN's ratings are terrible and their financial picture looks rough. But reporter Benjamin Mullin wrote absolutely nothing about the network's liberal tilt, or losing its daily fearmongering about Donald Trump.

Meanwhile, Fox was touting strong ratings for July. From their press release on Tuesday, we learn: "FOX News Channel (FNC) finished July 2022 as the third most-watched network in all of television during weekday primetime, trailing only CBS and NBC." They even boasted “FNC’s The Five and Tucker Carlson Tonight both beat ABC’s The Bachelorette in total viewers.”

The Washington Free Beacon reported that CNN CEO Chris Licht met with Republicans on Capitol Hill to insist CNN "wants to regain your trust." But there’s just nothing in the way CNN is currently operating right now that should give Republicans confidence that it’s changing in any noticeable way. For example:

-- CNN's New Day crew ignored Licht's advice to avoid using the term "Big Lie" to describe Trump's belief that Biden didn't win. Their election reporters were heavily salted with the usual terms, the Big Lie, Election Denier, and democracy was on the ballot."

-- CNN putting on abortion advocates to prematurely lament that the convoluted language in the Kansas abortion referendum was a plot to foil the pro-abortion crowd.

-- Brian Stelter's dramatic double standard on the takedown of terrorist Ayman al-Zawahiri (under Biden) and Qasem Soleimani (under Trump). Stelter oozed about patriotic words about getting one of the 9/11 architects. But two years ago, it was patriotic to denounce Trump's team as a gaggle of liars, and imply that any celebration of getting Soleimani was equivalent to being fooled by propagandists, and volunteering to wear blinders.

Enjoy the podcast below, or wherever you listen to podcasts: