First the "objective" newspapers wage war on Republicans. Then when Republicans call them "fake news," they write nasty articles about being called "fake news." For example, the Miami Herald posted an article headlined: 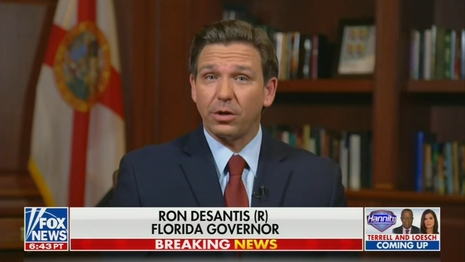 In messages to supporters, Florida Gov. Ron DeSantis isn’t shy about labeling “fake news media” the enemy. But when it comes to raising money for his reelection bid, the Republican governor’s campaign and an associated political committee have sought help from a satire website with the tagline “Fake news you can trust.”

The governor’s campaign committee as well as the associated Friends of Ron DeSantis political action committee paid the conservative-leaning satire website The Babylon Bee a combined $15,000 last year for services related to online fundraising, according to state campaign finance records.

The practice is typically referred to as renting a list and parent companies of the conservative news sites the Daily Wire, co-founded by Ben Shapiro, and the Daily Caller, co-founded by Tucker Carlson, as well as the liberal news site Daily Kos, founded by Markos Moulitsas, were among the top 100 beneficiaries of campaign cash connected to list rentals during the last political cycle, according to Open Secrets.

The DeSantis committees paid more than $38,000 to Daily Wire, LLC and $7,500 to Blaze Media, LLC, associated with Glenn Beck, this year and last.

The article ended with a quote from Sheila Krumholz at the campaign-finance site Open Secrets. “A satire site sounds like a creative way to reach people that might be reachable and not necessarily in your choir,” she said.

Ed Morrissey of Hot Air summed it up precisely:

This is simply embarrassing, @MiamiHerald. The Babylon Bee is a humor-satire site, not "fake news." They aren't purporting to be "news" at all, which makes your report "fake news" all on its own.

See the difference? If not, maybe you should stick with self-parody from now on. https://t.co/IugkbZBAd9