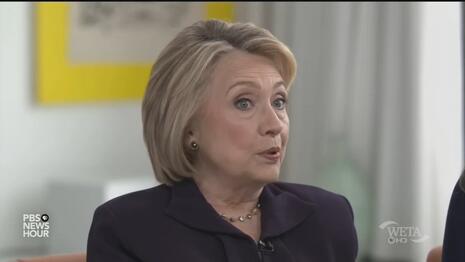 Over the weekend, a "bombshell" was released by special counsel John Durham, revealing that contractors for the Hillary Clinton campaign were spying on Donald Trump (even into his White House years). The networks and major papers avoided touching this news like Durham was a leper. A search of closed-captioning results showed the only mentions were on Fox News, and Fox News, and Fox News. The others were AWOL.

Fox News analysts suggested this was "worse than Watergate," but the liberal networks only use this kind of promotional phrasing for Republican scandals, like for Trump or George W. Bush. Even The New York Times and The Washington Post were avoiding any mention of new developments.

Since this recording, CNN's Jake Tapper reported on the news. Enjoy the podcast below or wherever you listen to podcasts.