‘JFK’ at 30: Oliver Stone and the lasting impact of America’s most dangerous movie

Hornaday recalled visiting Stone in his Brentwood, California home on a "warm day in October," where Stone has been re-reading the journals he kept while he made his cuckoo concoction. She's invested in suggesting this movie still has great historical impact. 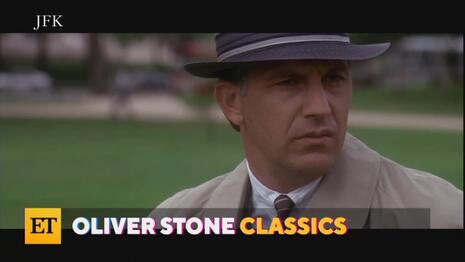 Thirty years after its release in December of 1991, JFK’s influence can still be detected, on everything from Washington policy to Hollywood world-building. For baby boomers, it was a film that tapped into still-raw generational loss. For Gen-Xers, it defined all they knew about Kennedy and his death. Its form pushed visual language to visceral new extremes. Its content helped introduce a new generation to America’s long conspiratorial tradition. JFK is still with us, in style and substance.

Conspiracy theories are grand. Paranoid thrillers are great -- when they push a baby-boomer leftist theme. Stone "would give florid, expressionistic voice to the residual trauma and disenchantment of his generation."

Hornaday went so far as to claim that “JFK’s images were so convincing, and infiltrated viewers’ imaginations so thoroughly, that the film morphed from one filmmaker’s alternative interpretation of events into the events themselves. Storytelling was internalized as public memory, which itself became a form of consensus history."

She added: "In 1991, JFK’s critics called it the most dangerous movie in America. Those warnings notwithstanding, it would certainly become one of the most consequential."

There's an obvious question for Hornaday and her editors at The Post: Why would you tout a deep-state paranoiac movie about assassinating a president (implicating his vice president) and then suggest it's delusional and dangerous for President Trump to question the "deep state" in the FBI and the CIA? How can you rail against conspiracy-driven misinformation and then celebrate it when Hollywood leftists make it?

PS: Earlier this year, Hornaday interviewed Stone about his memoir, and began with the fangirl take:

HORNADAY: It's wonderful to see you, and full disclosure, I didn't read this book; I inhaled this book.

HORNADAY: This is a book that our readers and our viewers are going to want to ex out your day, get a comfortable chair, and read because you take us on an incredible journey and an incredible ride, much like your own films.

In 2012, Hornaday penned a puff piece for Stone's documentary series Untold History of the United States, especially his early focus on socialist vice president Henry Wallace, imagining how much further left America might have gone (sigh).