Ex-NY Times Reporter: My Kenosha 'Debacle' Piece Was Held Until After 2020 Election

On the Substack web page of former New York Times editorial staffer Bari Weiss, former Times reporter Nellie Bowles revealed something fascinating: she was told a piece she filed on the “Kenosha insurance debacle” would not run until after the 2020 election was finished. 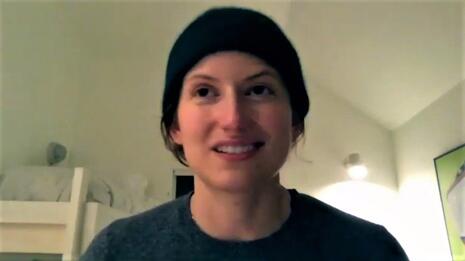 A note on Kenosha in light of the Kyle Rittenhouse trial: Until quite recently, the mainstream liberal argument was that burning down businesses for racial justice was both good and healthy. Burnings allowed for the expression of righteous rage, and the businesses all had insurance to rebuild.

When I was at the New York Times, I went to Kenosha to see about this, and it turned out to be not true. The part of Kenosha that people burned in the riots was the poor, multi-racial commercial district, full of small, underinsured cell phone shops and car lots. It was very sad to see and to hear from people who had suffered. Beyond the financial loss, small storefronts are quite meaningful to their owners and communities, which continuously baffles the Zoom-class.

Something odd happened with that story after I filed it. It didn’t run. It sat and sat.

Now it could be that the piece was just bad. I’ve sent in bad ones before, and I’ll do it again. A few weeks after I filed, an editor told me: The Times wouldn’t be able to run my Kenosha insurance debacle piece until after the 2020 election, so sorry.

Sure enough! Her article was posted on November 9, six days after Election Day. The headline was:

Businesses Trying to Rebound After Unrest Face a Challenge: Not Enough Insurance
Some activists have downplayed the damage to businesses from looting and arson in racial justice protests around the country. But some small entrepreneurs are struggling.

In small type at the bottom of the article, the Times added where and when it finally made the paper: "A version of this article appears in print on Nov. 16, 2020, Section B, Page 5 of the New York edition with the headline: 'After the Protests: Gaps in Small-Business Insurance.'" They buried it. Back to what she wrote on Substack about the delay:

There were a variety of reasons given—space, timing, tweaks here or there.

Eventually the election passed. Biden was in the White House. And my Kenosha story ran. Whatever the reason for holding the piece, covering the suffering after the riots was not a priority. The reality that brought Kyle Rittenhouse into the streets was one we reporters were meant to ignore. The old man who tried to put out a blaze at a Kenosha store had his jaw broken. The top editor of the Philadelphia Inquirer had to resign in June 2020 amid staff outcry for publishing a piece with the headline, “Buildings Matter, Too.”

If you lived in those neighborhoods on fire, you were not supposed to get an extinguisher. The proper response — the only acceptable response — was to see the brick and mortar torn down, to watch the fires burn and to say: thank you.