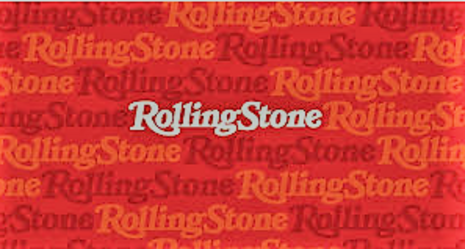 “Horse dewormer” means Ivermectin, which is also used as a “human dewormer.”

Almost nothing about this tweet was true. The hospital stated they had “not treated any patients due to complications related to taking ivermectin,” including overdoses. The doctor talking about crowded emergency rooms wasn’t on staff at the hospital. And even the picture accompanying the tweet was an obviously fake image of a waiting line in the winter months for a vaccine drive.

Seven years ago, Rolling Stone foisted a campus rape hoax on a fraternity at the University of Virginia, and it cost them $1.6 million in damages. But for some reason, liberals keep greeting this baby-boomer rock-music magazine as a serious and credible “news” outlet.

At least this fable didn’t surface on most of cable. The exception was MSNBC host Joy Reid, who had to mock the people “swallowing horse paste” with an accompanying graphic of a Business Insider story with the title “Oklahoma’s ERs are so backed up with people overdosing on ivermectin that gunshot victims are having to wait to be treated, a doctor says.”

So have all the “fact checkers” jumped to correct this fake news from Rolling Stone? AP Fact Check? No. FactCheck.org? No. PolitiFact: No, but they did spotlight an August check on Ivermectin use for COVID (Mostly False). Snopes.com? No, but they did post checks on Does Ivermectin Cause Sterility in Men?”(unproven) and “Did Ivermectin Win a Nobel Prize?”(yes). The Washington Post? No, but they posted a check titled “False meme: Nobel laureate did not say ivermectin ‘cures’ COVID.”

Only two “mainstream” fact checkers noticed Rolling Stone’s fiasco. LeadStories.com, which often causes stories to be blocked on Facebook, and CNN’s Daniel Dale, who took the strange stance of scolding everyone involved, including the debunkers.

On Twitter, Dale concluded: “This was not great by anyone in the sharing chain. But then, some of the people criticizing others for jumping to conclusions themselves jumped to conclusions based on a release from one OK hospital system that said it hadn’t seen any patients with ivermectin problems.”

Dale also appeared on CNN’s New Day and repeated this line about everyone jumping to conclusions. Brian Stelter, a supposed scold of misinformation, buried a link to Dale’s work in the bottom half of his newsletter with just 37 words that excluded Rolling Stone or any other liberal journalist from blame.

The conspiracy theory that emerges from this pattern is that the liberal “misinformation” watchers would like to cement the false impression that only right-wing, pro-Trump sites post fake stories and tweets. Picking up on Rolling Stone’s fraudulent presentation? That only confuses the narrative of who should be blamed for poisoning the information system.