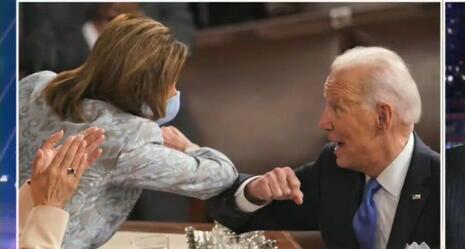 In the latest NewsBusters Podcast, we discuss how Biden's address to Congress was not a popular TV show, drawing the worst rating in 28 years. CNN's Brian Stelter tried to suggest it reflects the calm of "Biden's deliberately low-key president...a sharp break from the drama and deceit of the Trump years."

He quoted Susan Glasser of The New Yorker claiming "Being the un-Trump means Biden has already accomplished the first and most important promise of his Presidency.” How hard is it to be the "un-Trump"? How is that an "accomplishment"?

Republicans chose Sen. Tim Scott to offer a rebuttal, and he did make the central argument against Biden, that it’s preposterous that he’s a uniter. He denounced people who are getting rich by claiming that your denial that you’re racist only proves that you’re racist, and that we’ve made zero progress on race. Liberals could not stand that he said America is not a racist country.