When @kenvogel of the NYT called Tony Bobulinski, his focus was on discrediting the Biden-China docs & emails. He was disappointed when Bobulinski told him the emails were authentic. Vogel chose not to report what he was told.

I know this because I was listening in on the call.

Bobulinski told Vogel, “On background, those emails are 1000% authentic.” Vogel asked him about the 10% for the big guy email & Bobulinski told him, “Yes, the big guy is Joe Biden. I met with Joe on multiple occasions.” Vogel never reported any of that.

That's not entirely true, but a look at Vogel's work in the week leading up to Election Day absolutely was focused on discrediting the Hunter Biden-Joe Biden connections in China. On October 26, the Times published a fact-check article by Vogel, Jim Rutenberg, and Maggie Haberman titled "Bidens and a China Deal: What We Actually Know." It began with the usual "no evidence" lecture:

There is no evidence that the former vice president was involved in or profited from a joint venture pursued by his son and brother.

In the closing days of the campaign, President Trump and his allies are engaged in a last-ditch effort to raise questions about the ethics of former Vice President Joseph R. Biden Jr. by trying to link Mr. Biden to the international business dealings of Mr. Biden’s son, Hunter, and one of his brothers, James.

Their efforts have drawn on a number of sources, including emails, photographs of encrypted text messages and other documents provided by Tony Bobulinski, a former business associate of Hunter and James Biden. Many of those records focus on a proposed joint venture in 2017, after Mr. Biden left office, with a Chinese partner. The deal ultimately fell apart. 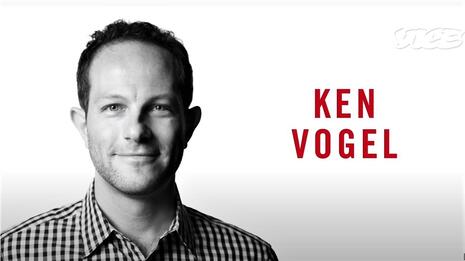 One email sent on May 13, 2017, by another member of the venture discusses how the various partners in the deal could theoretically split up the equity and makes reference to whether “the big guy” might get 10 percent. The document does not specify who this person is, saying only “10 held by H for the big guy ?”

Mr. Bobulinski has said the reference was clearly to the former vice president.

This is a blatant dismissal of Bobulinski's "Big Guy" claims.

PS: Schwartz and Vogel have been in combat before, including an August 2019 Vogel story complaining about Trump aides digging up damaging old tweets by major media personnel, under the headline “Trump’s Allies Scour Internet to Punish Press.”