Don't be shocked, but the Senate report on Hunter Biden's sleazy activities abroad wasn't covered on the network evening news or morning news shows of ABC, CBS, and NBC in the last 24 hours.

The PBS NewsHour managed to offer an anodyne 59 words:

JUDY WOODRUFF: Two committees in the GOP-run Senate have issued a report on Hunter Biden's work for a gas company in Ukraine. It alleges that his involvement posed the appearance of a conflict of interests for his father, then Vice President Joe Biden. The Biden presidential campaign dismissed it as an obvious effort by Senate Republicans to influence the November election. 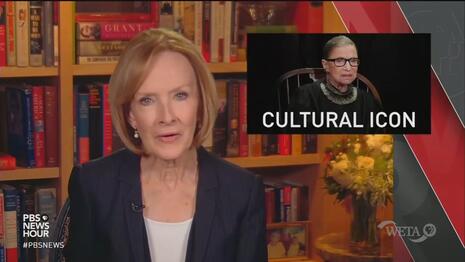 On the other hand, Woodruff ended her show with an eight-minute tribute to Ruth Ginsburg, "cultural icon." When it ended, she added: "And you've got to love every bit of it."

Nexis couldn't find a Hunter Biden mention so far from the Russophobes at CNN. Actually, they dismissed the Senate report in advance the night before on The Situation Room and Anderson Cooper 360.

NPR didn't offer a segment on All Things Considered or on Morning Edition. (Their hourly news briefs are not online.)

Newspapers covered it. The most head-slapping headline came in The New York Times, on page A-15: "Republicans' Inquiry Finds No Wrongdoing By Biden in Ukraine."

The Washington Times also aimed at a head-slapper, on purpose:

Adam Schiff says of GOP report on Hunter Biden: 'The Kremlin must be very pleased'

MADDOW: Senator Johnson doesn`t have anything on Joe Biden or his family, but he did produce an 80-something page report today that turns out is a pretty good index as to what Russian intelligence has been cooking up this year to try to help Trump get reelected. And this time, they`re doing it with a knowing assist from the elected Republican U.S. senator who chairs the Homeland Security Committee, even after the FBI explicitly warned against it.

Back to the papers:

The Washington Post, on A-3: "GOP senators release report on Biden's son."

So did Joe Biden face an avalanche of Hunter questions on the trail on Wednesday? Not one! Miranda Devine did an excellent job of rounding up the softballs for the New York Post: 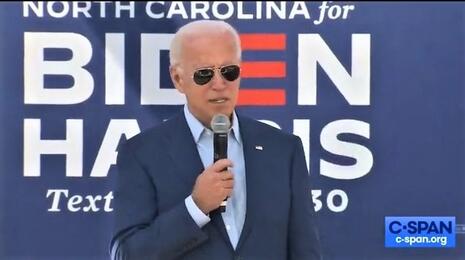 At 10 a.m. at the Wilmington airport in Delaware, Biden answered three questions: how he was preparing for next week’s debate; whether US relations with China will be a “zero-sum game” if he is elected; and was he “still vetting potential Supreme Court nominees?”

On the tarmac in Charlotte, NC, he was asked, “What gives you the sense that you can win?”

There were more questions at about 1:30 p.m., after he delivered a teleprompter speech:

Finally, at Charlotte on the way home at about 6:30 p.m., Biden fielded more questions, about the Breonna Taylor ruling, Iran and what he thought about Supreme Court contender Amy Coney Barrett.

Nothing all day on Hunter Biden.

Hunter received a $3.5 million wire transfer in 2014 from Elena Baturina, the wife of the former mayor of Moscow, and a billionaire friend of Vladimir Putin. Now that’s real Russian collusion.

Given the gravity of the allegations, you would think that the ­media pack following Joe Biden would have asked him a question yesterday about the report.