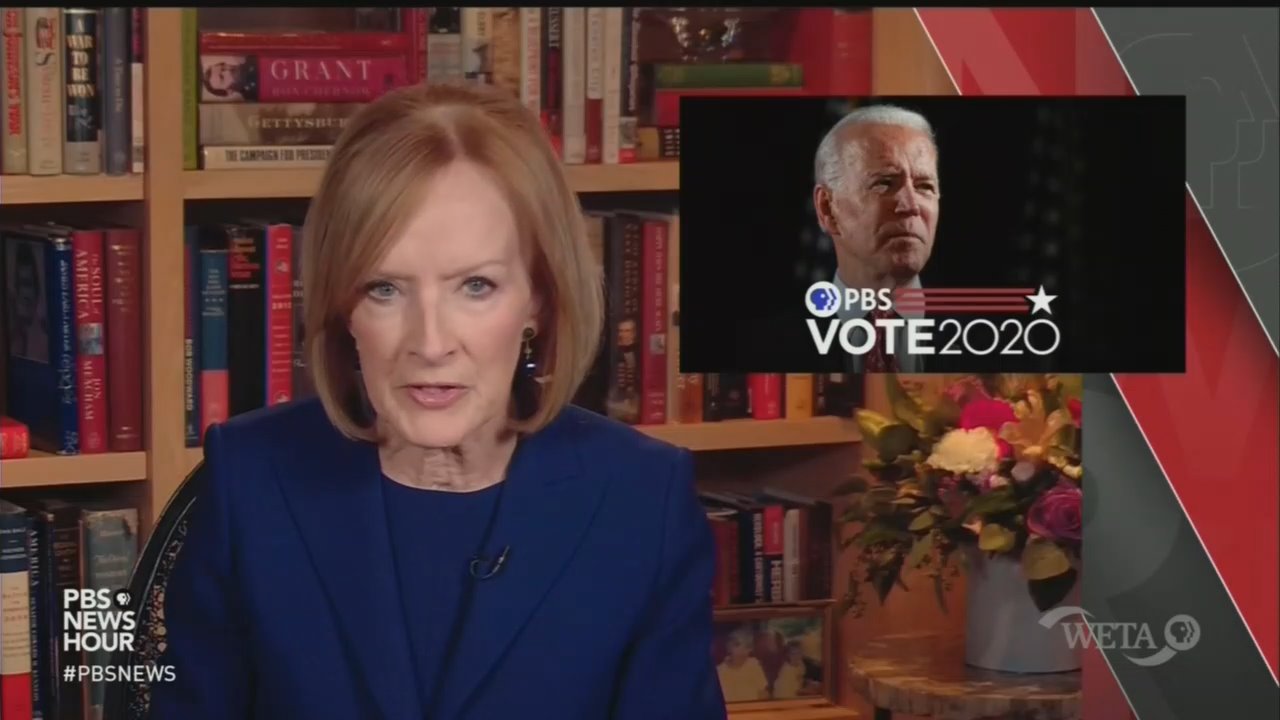 After being promoted as breaking news on Twitter, the PBS NewsHour on Friday night reported on 74 interviews they did with Biden staffers about Tara Reade’s accusations and her short career in Biden’s office in 1993. It added up to helping Biden weather the accusation.

LISA DESJARDINS: We were able to have in-depth interviews with some 74 of them. Now, 62 of these former staffers were women. And to a person, Judy, those women told us they had never had any experience that was uncomfortable with the former vice president or ever heard of any experience that was uncomfortable or, worse, many of them said they had spent time with him alone during work hours and that they had — they wanted to say that they — most of them didn't want to reflect on whether on what Tara Reade is saying was true or not.

But they did say that it did not reflect their experiences at all, especially in a workplace that Dan and I both heard from them they felt empowered women….

DANIEL BUSH: I would add to that also that a lot of the former staffers we spoke to said that, while they never felt uncomfortable, they did confirm what we all know about Joe Biden, which is his history, his habit of reaching out, making physical contact with people he speaks to, touching them.

And, again, while the people we spoke to say they themselves didn't feel uncomfortable, they did acknowledge that former Vice President Biden doesn't seem to have strong — a strong social signal in terms of when that kind of contact is wanted or not.

Back in 1991, Clarence Thomas's co-workers showed overwhelming support for Thomas and rejected Anita Hill's claims, but that didn't slow down the media's I Believe Anita boosters. But the PBS pundits moved to dismiss the Reade case.

David Brooks said: "There's a Politico report looking into some Tara Reade's past allegations in other cases, other parts of her life. And I think the bottom line is, if you were a person who was saying, should this issue be a problem for me in voting for Joe Biden, I think the arrow has moved into less of a problem."

Mark Shields agreed: "Suggesting that this was the one and only time in his entire life that he sexually assaulted a woman who has reported it just seems increasingly unlikely. That's all."

A number of those who crossed paths with Biden’s accuser say they remember two things: She spoke favorably about her time working for Biden, and she left them feeling duped.

Surprise! It's the top article on Politico as we publish.

On Twitter, Stephen Miller suggested Politico did NOT take this approach with Christine Blasey Ford two years ago: 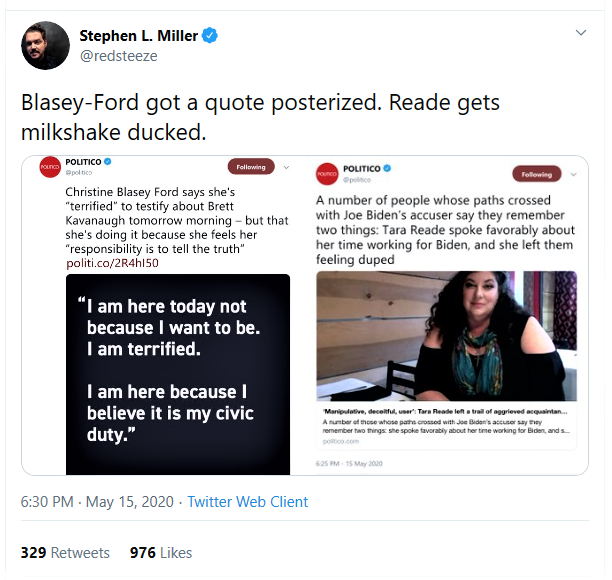