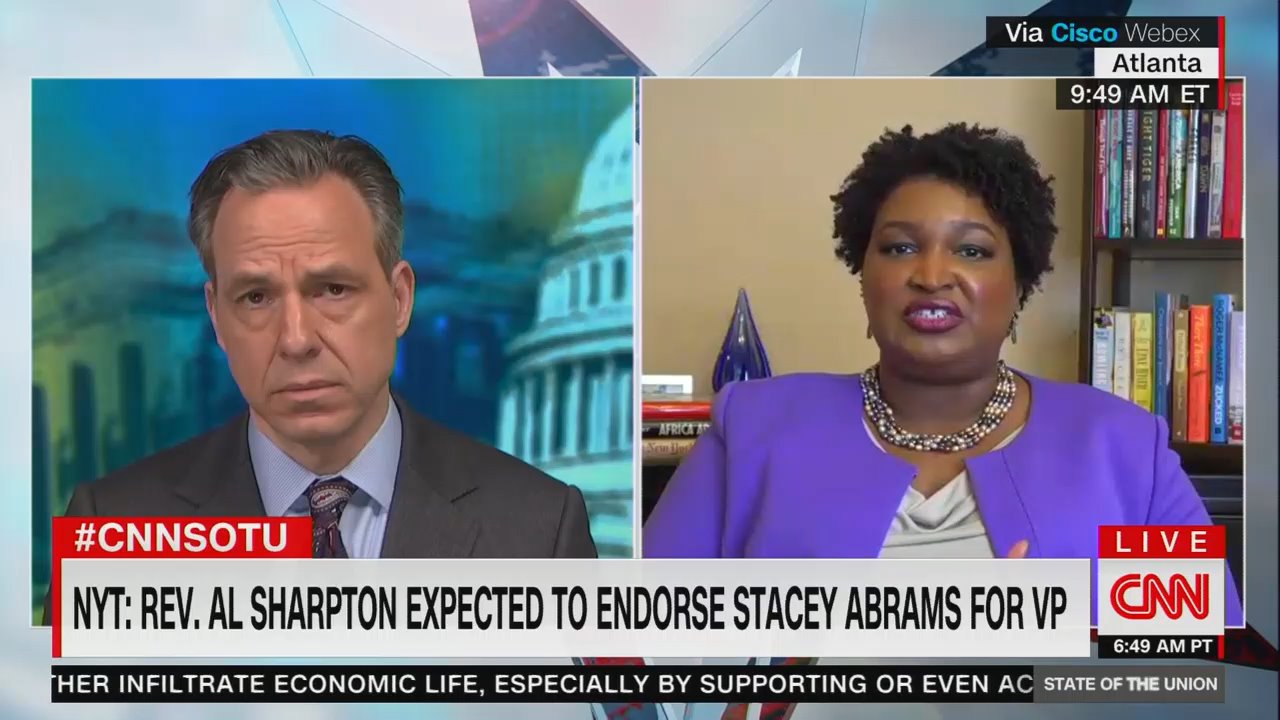 After a long delay, CNN offered one single story on a Saturday afternoon on Tara Reade’s allegation of sexual assault against Joe Biden – soon after NewsBusters unearthed a video clip of a woman she says is her mother calling into CNN saying a “prominent senator” had wronged her daughter. The networks have screamed “bombshell” with much less evidence than this – see Brett Kavanaugh.

CNN’s Sunday shows went back to ignoring the story today – there was nothing from Jake Tapper on State of the Union, or from Brian Stelter on Reliable Sources. Their Saturday story sounded like a blatant attempt to help the Biden campaign…and so does all the silence and inaction before and after. They can chatter about who Biden should pick for vice president, but not about what Biden allegedly did to Reade.

We at NewsBusters were the ones to dig this 1993 snippet of Larry King Live out of our archives, and we are going to continue airing it and the American people should see what CNN doesn’t want them to see. This is a more credible accusation of sexual assault than the accusers of Brett Kavanaugh offered. Here is the video that CNN doesn’t want you to see, that adds a layer of real-time confirmation that at least Reade was telling others of the alleged assault at that time:

CNN has an army of journalists covering the election and none of them thought to look this up when The Intercept put a date and a show on it. Where is the #MeToo movement on this story? What happened to their rigid “Believe All Women” boilerplate? They should be denouncing CNN.

CNN wasn't alone. None of the Sunday shows touched the new information on the Reade story – on ABC, CBS, NBC, and Fox (Fox News Sunday, and MediaBuzz).

The Sunday following the Swetnick allegation dropping, she was mentioned 16 times on the [network talk] shows.

Guest added there were Democrat politicians on the Sunday shows that could have been asked a Reade question: Nancy Pelosi was on CNN with Jake Tapper. Potential Biden running mate Michigan Governor Gretchen Whitmer was on ABC, and another one, Georgia’s almost-Governor Stacey Abrams, appeared on CNN and NBC.

Then there's the strange story of Google Play apparently removing the August 11, 1993 episode of Larry King Live from its catalog -- except you can't play anything else from that time. Fox News reported on the strange numbering in the catalog:

On Sunday afternoon, Fox reported CNN provided as a statement a typically snarky reply tweet from CNN Communications spokesperson Matt Dornic, who denied that the network removed anything from Google Play, and that "Listings on the site are not sourced thru CNN. Click any episode, it will say 'not available to watch.'"

PS: Tiana Lowe at the Washington Examiner finds all this manipulation curious and wonders what CNN knows that we don't:

Thanks to New York Times Executive Editor Dean Baquet's admission that their extraordinarily late piece on Reade's allegation was stealth-edited after interference from the Biden campaign, we already know that Team Biden is actively shaping media coverage of the allegation and, more worrisome, that supposedly independent media organizations are complying.