Obama Says Biden Has 'Most Progressive Platform' in History; PolitiFact Says 'Half True'

PolitiFact rarely checks the facts of Barack Obama -- six times now in the 40 months since Donald Trump was inaugurated (and only four before the last week).

But when he endorsed Joe Biden for president, they found something he said "Half True." Obama said Biden "already has what is the most progressive platform of any major party nominee in history."

This is an accepted political fact. Liberal newspapers and websites have repeatedly agreed that the Democrats are now to the left of Obama. Google it! How on Earth is this statement "Half True"? Louis Jacobson concluded his analysis this way:

Obama is on the strongest ground if you compare Biden’s platform with an absolute concept of liberalism. Tracking ongoing shifts within his party, Biden has moved to the left compared with where Obama stood, and is further to the left than many prior Democratic nominees. Also, as more liberal policies are enacted, the next steps are necessarily more liberal.

However, in his own time, Biden is hardly on his party’s ideological vanguard, unlike previous nominees such as McGovern. We rate Obama’s statement Half True.

Jacobson is trying to argue that somehow, because Biden wasn't as socialist as Bernie Sanders, Obama can't truthfully say he has the "most progressive platform of any major party nominee in history." It's that "progressive" in part because Biden is pandering to Sanders voters.

He claims "The topic is somewhat murky, and after interviewing presidential historians we came up with the somewhat unsatisfying answer of 'yes and no.'" PolitiFact's recruited (liberal) experts aren’t correcting Obama. They sound like they’re fighting with the notion of anyone discussing how far-left the Democrats have gone. 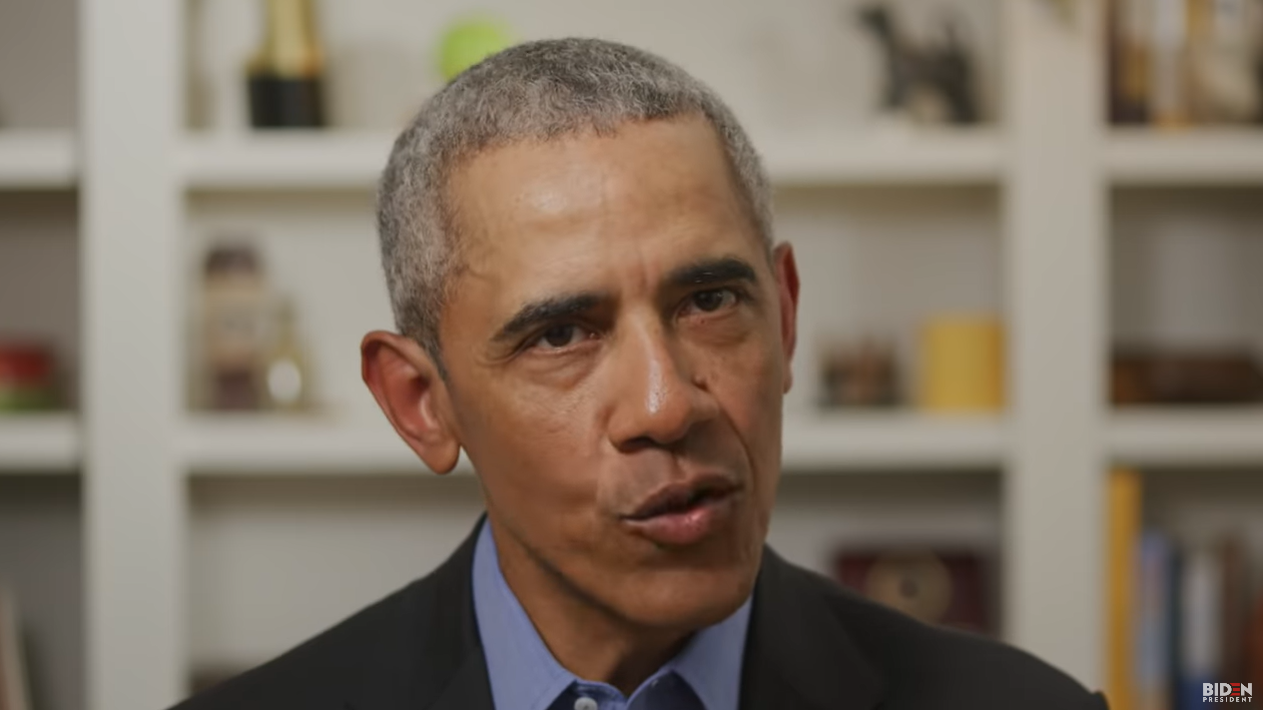 David Greenberg, a Rutgers University historian and author of Republic of Spin: An Inside History of the American Presidency and books about Calvin Coolidge and Richard Nixon, said Obama’s statement is "without much meaning or value."

…."As the Democratic Party has been moving leftward, Biden has been balancing between the pragmatic and idealistic left sides of his party," said Bert Rockman, an emeritus professor of political science at Purdue University who has written books assessing Bill Clinton, George W. Bush and Obama. "It probably is true that this might well be the most progressive platform the Democrats have had, but that doesn’t mean that Biden will emphasize all of it."

We have rated this PolitiFact analysis as "Fully Fake" because it's not "Half True" at all. It's true, and they can't rebut it by changing the subject. For more, see our Fact-Checking the Fact-Checkers page.

PS: Zebra Fact Check takes on the other Obama fact check -- a "True" -- from the same day on Obamacare.